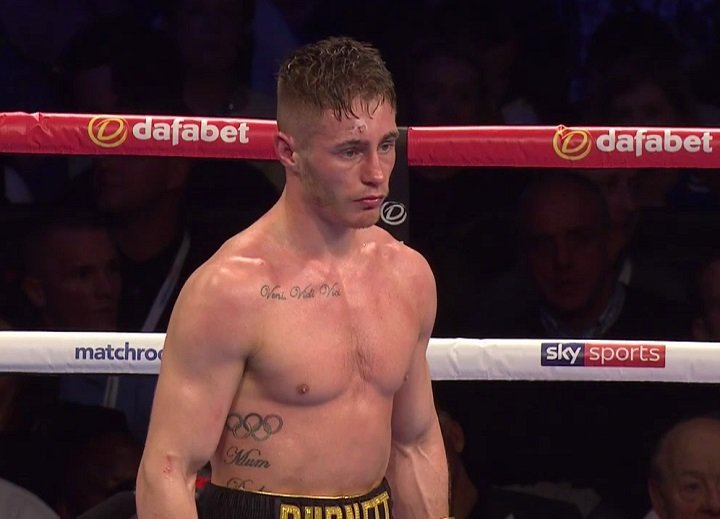 By Scott Gilfoid: Ryan Burnett (18-0, 9 KOs) has vacated his IBF bantamweight title after being ordered to face talented knockout artist Emmanuel Rodriguez (17-0, 12 KOs). Instead of taking on Rodriguez, Burnett will be defending against WBA mandatory Yonfrez Parejo (21-2, 10 KOs) on March 31 on the undercard of Anthony Joshua vs. Joseph Parker at the Principality Stadium in Cardiff, Wales.

There’s no word whether the Burnett-Parejo fight will make it on the televised portion of the Sky Box Office card. It’s not a great fight unfortunately. An excellent fight would have been Burnett facing his IBF mandatory challenger Emmanuel Rodriguez. That would have been an exciting match-up. It’s too bad Burnett vacated his IBF title. Did he vacate to swerve Rodriguez? That’s the big question. Rodriguez looks like a star in the making. Burnett isn’t that kind of a talent. Burnett is more of a blue-collar type of fighter. He doesn’t have the speed, power and talent of a guy like Rodriguez. Burnett is going in the direction of least resistance in facing Parejo instead of Rodriguez. It’s the soft path for Burnett. It looks bad nonetheless given that his promoter Eddie Hearn has already chosen not to match him against Zolani Tete. With Hearn having Burnett swerve the best fighters in the 118 lb. division repeatedly, it tells you that he’s not going to last much as a world champion at bantamweight. No matter what moves the wily Hearn makes for Burnett, he’s just not good enough to hold down a world title in my view. When you start swerving the talented fighters left and right, it suggests that your time as a champion will soon be up.

Parejo is Burnett’s World Boxing Association mandatory challenger. Burnett, 25, had 2 mandatory defenses due for his next fight, so he or his promoter Eddie Hearn of Matchoom Sport promoter selected the arguably far easier one in Parejo rather than the dangerous IBF mandatory Emmanuel Rodriguez (17-0, 12 KOs). Is it a duck job in Burnett choosing to give up his IBF belt and not face the HIGHLY dangerous Emmanuel Rodriguez? I hate to say it but it sure looks like that to me. Parejo, 31, lost to Zhanat Zhakiyanov by a 12 round split decision in November 2015.

Burnett beat Zhakiyanov by a 12 round unanimous decision last October to win the IBF 118 lb. title. Burnett and Hearn would rather face Parejo, a fighter that lost to Zhakiyanov, than to take on the dangerous knockout artist Emmanuel Rodriguez. I guess I can’t blame them. Boxing is a business, and Burnett only has a short period of time to be a champion. He probably has never made it to championship status if he’d faced talents like Zolani Tete, Emmanuel Rodriguez and Luis Nery. Those guys are looking nearly impossible to beat.

Hearn already rejected the idea of Burnett facing Tete anytime soon. Hearn doesn’t see it as a good option for Burnett due to it being a high risk low reward fight. You can argue that Tete is too powerful, too fast and too talented for Burnett. Hearn obviously knows the limitations that Burnett has as a fighter.

Emmanuel Rodriguez is sensational talent from Puerto Rico, who looks like he could be the next star form that country. Rodriguez has been blasting guys out left and right with his 1-punch power. The guy hits very, very hard. Burnett would have been out of his element even if he tried the same spoiling tactics against Rodriguez that he used all night long in his last fight against Zhakiyanov by holding and wrestling for 12 rounds. That match didn’t even look like a fight. It looked like a Greco Roman wrestling affair where Burnett was using stand up wrestling for 12 rounds. Zhakiyanov spent the entire fight trying to pry Burnett loose from him. It’s a wonder that Burnett wasn’t disqualified for his blatant holding, because that’s all he did for 12 rounds. I still had Zhakiyanov winning the fight, but the match took place in Burnett’s hometown of Belfast, Northern Ireland, so it’s not surprising he got the nod by the judges. The scores were ridiculously one-sided in favor of Burnett with the judges scoring it 116-112, 118-110 and 119-109. Using nonstop holding/wrestling wouldn’t have worked against a talent like Emmanuel Rodriguez, as he’s an excellent fighter. Hearn was wise to have Burnett vacate his IBF title to avoid having to face Rodriguez, because I think it would have ended badly for him.

The 31-year-old Yonfrez Parejo is from Valenzuela. He’s a MUCH different type of fighter than Emmanuel Rodriguez. Parejo has past defeats to Hugo Ruiz and the aforementioned Zhakiyanov. Parejo has won his last 4 fights against weak opposition. He’s never beaten anyone good unfortunately.

Hopefully this will be the last time Burnett vacates a title without a fight. It looks bad when you get a fighter giving up a strap to avoid a dangerous mandatory. The WBA has a couple of talented contenders ranked at #2 and #3 in Juan Carlos Payano and Liborio Solis. I would favor both of those guys to beat Burnett. However, if Burnett uses the same nonstop wrestling and holding he used against Zhakiyanov last October, then I’m not sure. That didn’t even look like a fight. I’ve never seen a fighter use as much mauling as Burnett used. The guy clearly had no confidence in his ability to stand and fight Zhakiyanov. I hope that’s not going to be Burnett’s method of trying to keep his WBA title, because it’s not going to endear him to the boxing fans that must watch him fight. If Burnett doesn’t possess the talent to win his fights against the best fighters, then he’ll lose his titles. But for Burnett to use holding and wrestling tactics to spoil his way to controversial wins, it looks bad. I hope Burnett doesn’t fight like that against Parejo. Burnett has got to be able to figure out other ways to defeat his opposition without turning himself into glue for 12 rounds and holding in order to prevent his opponents from throwing punches. Using grappling only works until you get a good referee that works your fights. A good referee will penalize fighters like Burnett who use holding to prevent their opponents from throwing punches.