Thurman notes how Spence had problems with Peterson’s movement 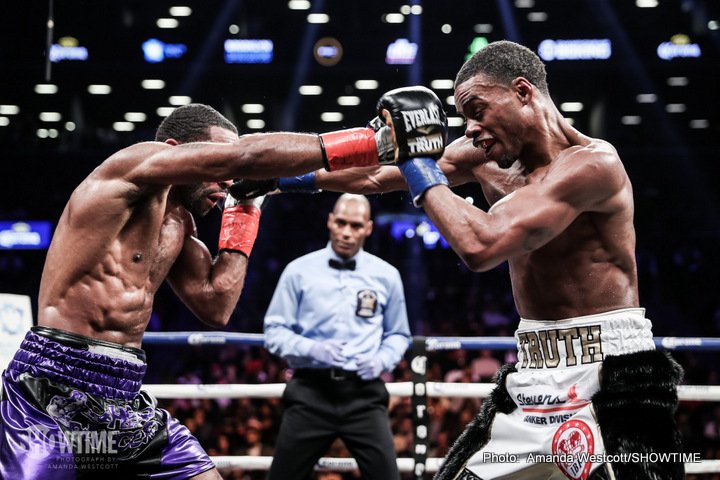 Thurman thinks that Peterson (35-4-1, 17 KOs) didn’t come into the fight with any game plan to deal with the pressure tactics of the unbeaten 27-year-old Spence. Thurman notes that when Peterson did get knocked down, he started moving around the ring and using his footwork. Spence wasn’t able to drop Peterson again after that, and he feels that the footwork was the defensive tactic that was missing from him during the fight.

“Peterson obviously was outclassed,” Thurman said to Fighthype in analyzing the Spence-Peterson fight. “He didn’t act like he came in the ring with much of a game plan. He didn’t utilize much movement. When he got knocked down, if you notice when he got knocked down, he got into a little bit of a flight or fight mode, a little bit of a survival mode. That was one time in the fight where he was using his footwork the most, and it wasn’t easy for Spence to put him back down,” Thurman said.

Spence put Peterson, 33, down in round 5 with several hard lefts to the head. The knockdown came late in round 5. In the 6th and 7th, it looked like Spence was taking it easy on Peterson. That’s what I noticed. Spence seemed to shift his offense down a couple of gears to let the fight play out at a slower pace. I have no doubts that Spence could have finished Peterson off in the 5th if he wanted to. If not the 5th, definitely in the 6th if he’d unloaded on him with a nonstop barrage of punches. It didn’t look like Spence wanted to do that. Peterson was so overmatched by that time that he wasn’t throwing punches. There was no real reason for Spence to push hard for the knockout because Peterson presented no threat to him, as he looked like he had mentally quit.

”People sometimes forget that movement is a form of defense, and he didn’t just move, run and hold. He also started swinging,” Thurman continued.

What Thurman is saying is he admires fighters that move, and that he’ll likely move a lot when he fights Spence. Thurman probably thinks he can use movement to beat Spence. That’s not surprising, because that’s how Thurman fights. He likes to hit and run. If Thurman chooses to use movement against Spence, he’s going to get jabbed to the body a lot.

Thurman’s fighting style is somewhat similar to 2012 Olympic gold medalist Serik Sapiyev of Kazakhstan. He beat Spence a couple of times in 2011 and 2012. Serik Sapiyev used a hit and run style of fighting to defeat Spence 18-10 in the Chemistry Cup in 2012. However, the fights were short amateur bouts of 3 rounds, and Sapiyev was tired after just 3 rounds. That style wouldn’t work against Spence in the pro ranks because there are many more rounds. Sapiyev was literally turning his back and running from Spence. If Thurman uses the same approach, he’s going to get worn down and knocked out. Thurman would be better off changing his style and choosing to stand and fight, because at least he won’t look as bad in losing and he’ll have a chance to win. 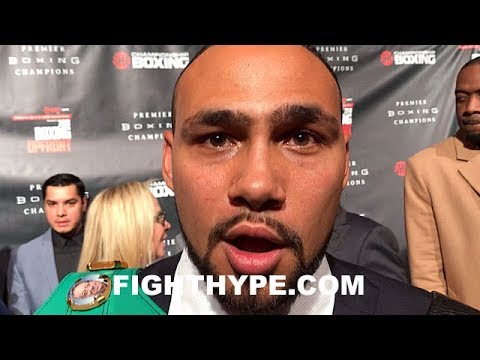 Saunders: “Murray is more of a threat than Lemieux” »