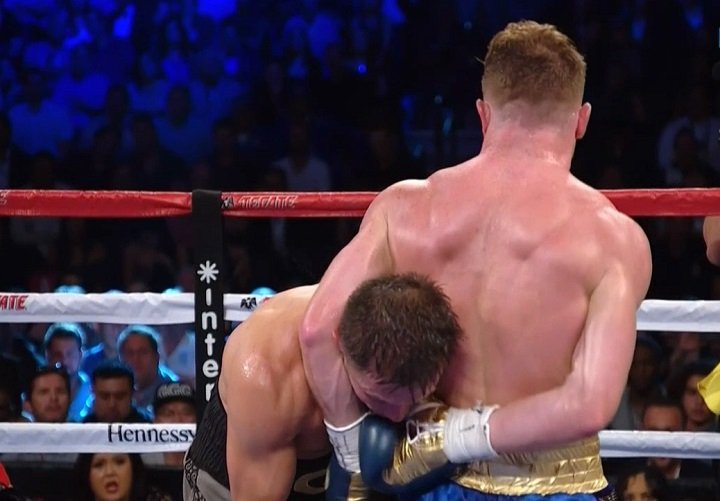 For Golovkin to fight with the Mexican style, he would need to be able to fight on the inside. Golovkin didn’t do that against Canelo.

Ramirez says the 12 round draw that Golovkin received was a fair decision in his mind, because he never adapted to what Canelo was doing inside the ring. Golovkin also never threw to the body. Ramirez thinks Golovkin deserved at least a draw out of the fight, since he was pressing the action the entire time, and Canelo was moving a lot.

Golovkin didn’t throw to the body against Canelo, and he didn’t fight on the inside at all. Golovkin fought on the outside like Floyd Mayweather Jr., and he seemed afraid to get near Canelo. The judges weren’t going to give Golovkin a victory with him hesitant to mix it up with Canelo. When the two fighters were close, Canelo was getting the better of Golovkin the entire fight. Canelo also finished stronger than Golovkin in wining rounds 10, 11 and 12.

“I don’t think he’s real Mexican style, because he don’t look like it at no time,” said Ramirez about Golovkin.

Golovkin says he uses the Mexican style, but he doesn’t fight like that. Comparing Golovkin to how Gilberto Ramirez fights, its two completely distinctive styles. Ramirez is capable of fighting on the inside and the outside equally. Golovkin fights only on the outside. In some of Golovkin’s fights in the past he did fight on the inside, but that was when he was fighting weaker opposition that didn’t have the power or the speed to be competitive with him in close.

Ramirez’s trainer Hector Zapari believes that Canelo deserved the win in their fight on September 16. He says Golovkin failed to adapt to Canelo’s inside game, and he didn’t fight him in close. Canelo should have been given the win.

”To me, Canelo won,” said Ramirez’s trainer Hector Zaparai. ”Golovkin, he couldn’t adapt to the style. Canelo, he’s a fighter that could fight on the inside. He could box. That’s the real Mexican style like Felipe Lopez and Gilberto Ramirez,” said Zapari.

It’s hard to disagree with what Zapari says about Golovkin, because he makes good points. Golovkin didn’t adapt by battling with Canelo on the inside. That’s why it was impossible to give him more than a small handful of rounds. 8 rounds to 4 in favor of Canelo is a fair score. Golovkin had a chance to win, but he gave the chance of by choosing to just stay on the outside and jab the entire fight.

”Yeah, who wouldn’t want to fight with the best,” said Ramirez when asked if he’d like to fight Golovkin in the future.

If Golovkin ever moves up in weight to the super middleweight division, then he and Ramirez would be a perfect fight. Ramirez, 26, is ready to fight Golovkin whenever he’s willing to move up and face him.

Ramirez will be in action on February 3 against #6 WBO Habib Ahmed (25-0-1, 17 KOs) at the Bank of America Center in Corpus Christi, Texas. It should be a good fight for Ramirez. He’s coming off a 12 round unanimous decision win over Jesse Hart on September 22. That fight was a war from start to finish. Ramirez knocked Hart down in round 2. Hart came back to hurt Ramirez on three separate occasions in the second half of the contest. Ramirez spent much of the contest fighting on the inside, even though it resulted in him getting hit a lot. Ramirez showed a lot of heart and eventually it paid off with him winning a 12 round decision. 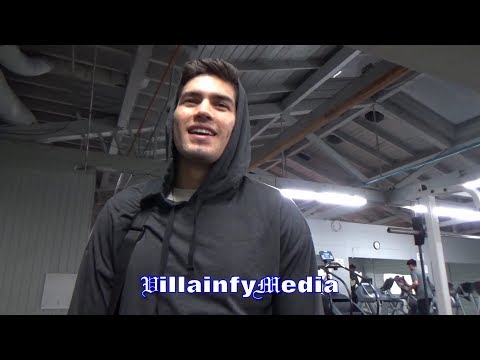