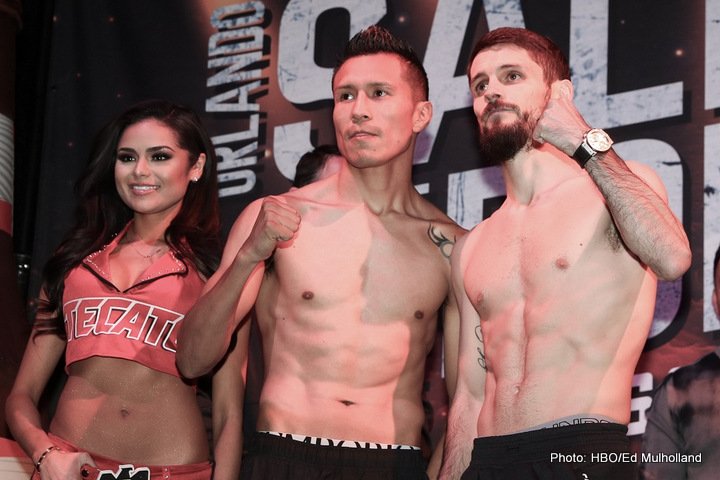 By Stanley White: Francisco Vargas (23-1-2, 17 KOs) and former 2-time world title challenger Stephen Smith (25-3, 15 KOs) will be fighting it out at the last chance saloon tonight in a super featherweight bout at the Mandalay Bay Hotel & Casino Events Center in Las Vegas, Nevada.

The 32-year-old Smith might have enough left to finish off the career of Vargas tonight if he can take his power in the first 7 or 8 rounds. That’s where Vargas is going to be at his best. If Smith can make it through that portion of the fight in one piece, he has an excellent chance of turning it on the last 4 rounds to get a stoppage.

I don’t think for a second that Smith will be given a decision over a popular fighter like Vargas. Smith is the B-side opponent for this fight, and he’s going to need to do something spectacular for him to be given a 12 round decision win over a guy of Vargas’ stature. For the most part, Smith had looked good up until late years when he was out-boxed by former IBF super featherweight champion Jose Pedraza. Smith struggled with dealing with the jabs and 1-2 combinations that Pedraza was throwing at him. There was nothing spectacular that Pedraza was doing in the fight. He was just boxing Smith, and giving him problems with his steady work. Smith fought reasonably well until he was knocked down in round 9. Smith lost his composure entirely after that, and he was struggled in the 3 round and gave the fight away.

Last year in November, Smith was outworked by the hard hitting former WBA World super featherweight champion Jason Sosa. That fight came down to Sosa having too much power and aggression for Smith. Sosa is a very beatable guy if his opponents and make him miss and counter him the way Vasyl Lomachenko and Yuriorkis Gamboa both did in beating him. Smith was right there in front of Sosa the whole time, making it easy for him to land his big shots. Sosa dropped Smith in round 2, and punished him for the remainder of the fight. Smith used the wrong style against the slugger Sosa. You can’t blame Smith. He’s only as good as the trainers that teach him defense, and obviously that’s not been their focus when training him. It comes down to training. Smith has put too much emphasis on his offense, and not enough on his defensive and counter punching. To beat guys like Francisco Vargas, Sosa and Pedraza, Smith needs to have his defensive skills and counter punching ability primed.

Smith didn’t have that for the Sosa and Pedraza fights. Now he’s about to fight a guy with even more offensive ability than Sosa and Pedraza tonight in facing Vargas. It’s going to be tough for Smith. If he fights the way he did against those 2 guys, he’s probably not going to make it to the 8th round. Vargas will bang Smith out of there within 5 to 7 rounds if he doesn’t come into the fight well-prepared. Smith didn’t look any different in the Sosa fight than he did in his loss to Pedraza and in his earlier defeat to Lee Selby. Smith was blown out in 8 rounds by Selby in 2011. Selby, who fights at featherweight, has nowhere near the same punching power or offensive arsenal as Francisco Vargas. Those guys were light years apart in offensive skills. It stands to reason if Smith couldn’t make it through the 8th round against Selby, then his chances of going 12 against Vargas are very slim. The thing is, Smith is catching Vargas at the right time in his career when he’s coming off of what should be consecutive losses to Miguel Berchelt and Orlando Salido.

Vargas didn’t lose the Salido fight, but he should have. The judges gave Vargas a gift 12 round draw. Smith might be able to take Vargas into the trenches and wear down the shell of what he once was, because he’s not the same guy that dominated his opposition from 2010 to 2015. Vargas’s last 3 fights against Miura, Salido and Berchelt has changed him for the worse. Whether Smith has enough talent and self-confidence at this point in his career to take advantage of the depleted Vargas is the big question. Smith is coming into the fight at all-time low with the memory of his defeats against Sosa and Pedraza likely still in the back of his mind.

”I’m excited to get back in the ring, I took some time off but I’m ready to go,” said Francisco Vargas. ”I’m also very happy for the training that I’ve had with my new trainer Joel Diaz. I’m ready to give the fans an action-packed and great fight.”

Smith vs. Vargas comes down to these areas:

It’s a winnable fight for Smith, but he’s going to have to tough it out and try and wear down the ring worn Vargas. Like I said already, it’s the perfect moment for Smith to be fighting Vargas. Smith is catching Vargas and at an age where he might not be the same guy he was 4 years ago. Vargas has some tough fights, and he spent a lot of time in the amateur ranks fighting in the 2008 Olympics for Mexico. Vargas spent a good amount of time competing as an amateur. By the time Vargas did turn pro, he was 25-years-old and he already had a long of ring wear on him. Smith has an older fighter inside the ring that has been around. The best way for Smith beat an older fighter with mileage on the clock is to push as fast a pace as possible to try and wear him down. It’s not likely Smith will be given a decision over Vargas, so he’s going to need to push for a knockout.

Vargas, 32, is getting long in the tooth, and he might not have a place any longer as a world championship level fighter after his last 3 grueling fights against Miguel Berchelt, Orlando Salido and Takashi Miura. Those fights came consecutively, and Vargas took major shots in all 3 of those fights. Vargas’ record from those 3 bouts is 1-1-1. To be frank, Vargas’ record should be 1-2. He should have been given a loss in the Salido fight. Vargas is promoted well, and it’s hard to beat fighters that have great promoters.

The winner of the Vargas vs. Smith fight will put themselves in position for a world title shot against WBC super featherweight champion Berchelt. I don’t know if that’s necessarily a good thing or not Smith and Vargas. The 26-year-old Berchelt (32-1, 28 KOs) is fighting at a high level right now, and I’m not sure that Smith and Vargas would have any chance of beating him. Berchelt is well taught, and he do a little of everything. Berchelt beat Vargas easily last January in stopping him in the 11th round. Berchelt then followed that win up with a one-sided 12 round unanimous decision victory over former world champion Miura last July. Miura retired after the fight. It was a hard fight for Berchelt though. At one point, Miura hurt him with a big right hand late in the match. Berchelt was able to recover immediately and continue to dominate the action the rest of the way. Smith and Vargas will have a hard time beating Berchelt the way he’s fighting right now. It might not be possible. 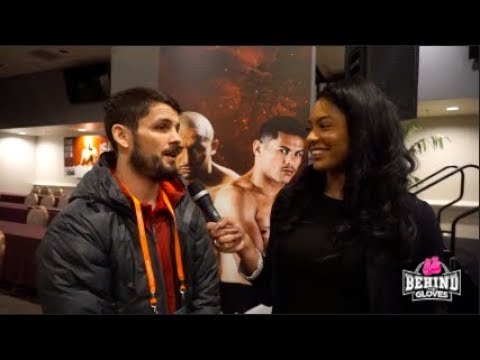 Rigondeaux: Lomachenko can never beat me »