Jacobs vs. Arias: Luis ready for BIG upset of Danny 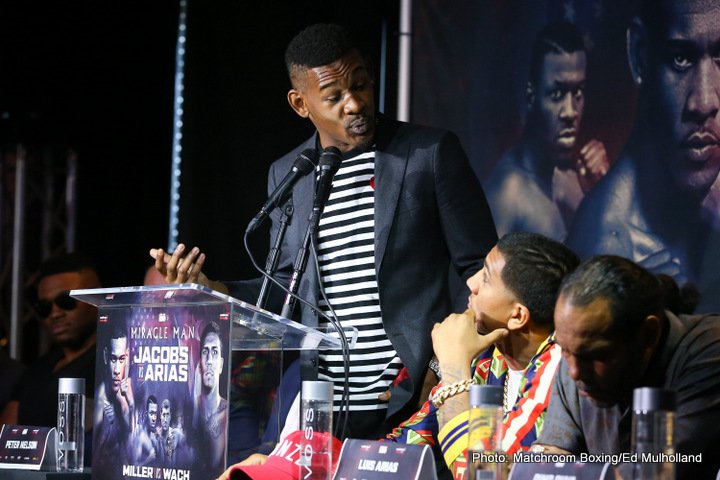 By Juan Flores: Luis Arias (18-0, 9 KOs) is ready to spoil former middleweight champion Danny “Miracle Man” Jacobs’ coming out party next month on HBO Boxing on November 11 in their fight at the Nassau Coliseum, in Uniondale, New York.

This is Jacobs’ first fight with HBO, as well as with his new British promoter Eddie Hearn. Jacobs (32-2, 29 KOs) is talking about him becoming a star with HBO, and unifying the middleweight division by beating Gennady “GGG” Golovkin and the winner of the Billy Joe Saunders vs. David Lemieux fight.

Hearn believes Jacobs to be the best fighter in the 160 lb. division despite the fact that he just lost his last fight against Golovkin last March. Hearn doesn’t acknowledge that as a defeat for Jacobs, seeing it as a win for him. Hearn isn’t a judge though, so Jacobs still has a defeat on his record from that fight.

Arias can knock the gleam out of Eddie Hearn’s eyes by destroying Jacobs on November 11.

With all the talk of stardom by Jacobs and Hearn, it seems that they’re completely overlooking the possibility that the 27-year-old Arias is a very good fighter, who very well could win this fight. Arias is the younger guy, and his punching power is more than good enough to plant Jacobs on the canvas for the 10 count if he connects. Arias has the same kind of power that Dmitry Pirog possessed. Jacobs only lasted 5 rounds against Pirog in 2010. Pirog didn’t do anything special against Jacobs other than take the fight to him and nail him with a right hand in the 5th that put him down.

Unlike the guys that had fought Jacobs in the past, Pirog went right after Jacobs the way that guys like Matt Korobov had done to beat him in the amateur ranks. Not used to being attacked, Jacobs fell apart mentally, seeming to lose his composure under the pressure form Pirog until finally he was knocked out in the 5th. The way the fight was fought, Pirog was going to KO Jacobs sooner or later. That was obvious. Arias has a lot of time to dissect Jacobs’ loss to Pirog, and to come up with a likely similar plan to defeat him on November 11.

Arias is ranked #6 IBF, #9 WBC, #11 WBO, #14 WBA, and he’s coming off of a 5th round knockout win over Arif Magomedov on June 17. For the boxing fans that saw that fight, they witnessed a truly talented fighter in Arias, who has more than enough ability to beat Jacobs and send destroy his dream of becoming a star for HBO.

Jacobs has been so busy celebrating his recent signing with HBO and promoter Eddie Hearn that he seems to be overlooking the reality that he’s facing a guy that can give him just as many problems as Golovkin did. I would say that Arias is an even more difficult fight for Jacobs than Golovkin, because he’s more daring, and willing to shoot for the knockout. Golovkin played it safe against Jacobs, choosing to box him on the outside and focusing on just letting the fight go the full 12 rounds.

Golovkin made up his mind before the Jacobs fight that he needed a “decision fight” and he made sure that he stuck to that plan. Arias is different. He’s going into the fight with the intent of knocking Jacobs out. Arias obviously knows that if the fight goes the full 12 rounds, he could wind up losing due to Jacobs being the A-side guy in this contest. Jacobs is the HBO fighter now, and Arias will be at a disadvantage for sure if the fight goes to a decision.

“I’ve always envisioned me being an HBO star,” said Jacobs. “I just think it’s the perfect match, the perfect time.”

Jacobs has lost his perspective in thinking he’s got it made now that he’s with HBO and Hearn. Jacobs thinks he deserved the win over Golovkin, and that belief could get him in trouble. When a fighter starts thinking that he’s arrived and got it made, it potentially is a bad thing, especially if that fighter has a weak chin like Jacobs. HBO and Hearn think they’ve got a star, but Arias could bring them down to earth by shattering their vision. Jacobs is still the same guy that Pirog beat. He’s just been matched carefully since that fight.

Jacobs’ toughest fights since Pirog have come against Golovkin and Peter Quillin. The rest of the guys that Jacobs has fought have been lesser guys like Sergio Mora, Caleb Truax and Jarrod Fletcher. Would Jacobs be sitting where he is right now if he had fought Jermall Charlo, Sergiy Derevyanchenko and David Lemieux in his last 3 fights? It’s not likely, because I think Jacobs would lkely lose to at least 2 out of those 3 fighters. The only guy out of the 3 that I can see Jacobs maybe beating is Lemieux, and even that fight would be a 50-50 affair. Lemieux’s power could end the fight in the 1st round if he landed cleanly on Jacobs.

Sergio Mora had Jacobs down and badly hurt in their first fight in 2015. That’s a huge red flag that HBO and Eddie Hearn ignored when they signed Jacobs. They could discover the hard way that they blew it in signing Jacobs, given his history of having issues with his punch resistance. Jacobs’ 1st round knockout victory over Peter Quillin in December 2015 was a good win, but it wasn’t that great. Quillin had been softened up earlier in 2015 in his controversial 12 round draw against Andy Lee. Quillin was badly hurt and dropped by Lee in round 7. The entire second half of the fight belonged to Lee. Quillin in full scale retreat from round 6, trying to avoid getting knocked out by Lee. It was no longer a competitive fight from round 6 on. Lee totally dominated Quillin.

“An incredible night of boxing,” said Jacobs’ promoter Eddie Hearn in commenting on the Jacobs-Arias fight. “We’re going to see, in my opinion, the best middleweight in the world in Danny Jacobs against a young lion in Luis Arias,” said Hearn.

Hearn is going to find out soon what kind of fighter he signed in adding Jacobs to his team. For Hearn’s sake, you have to hope that the contract he has with Jacobs is a short term one just in case he doesn’t work out. If Golovkin had gone into the Jacobs fight, saying, “I want a knockout,” I fully believe he would have done that. Instead, Golovkin told the boxing media for weeks leading up to the fight that he wanted a “decision fight” with Jacobs, and that’s exactly what took place. Golovkin didn’t go after Jacobs when he dropped him in the 4th. Golovkin backed off rather than going for the finisher. Golovkin could have finished the job easily, but he backed off. Arias isn’t the type to come into the Jacobs fight with one plan game plan the way Golovkin did. Arias is going to be looking to KO Jacobs, and he’s not going to let him off the hook if he puts him down the way Golovkin did.

”My goal is to be unified middleweight champion of the world,” said Jacobs. ”We’re both fighting for a lot, and you’re going to see all that come November 11.”

Jacobs is rated #2 WBC, #5 IBF, #5 WBA and #5 WBO at middleweight, but he’s only beaten Quillin and a past his prime Sergio Mora. Those are Jacobs’ best wins in his 10-year pro career. Quillin fought like he had no sense against Jacobs. He came out slugging with both hands instead of boxing him. The way to beat Jacobs is to attack him in the manner that we saw from Pirog by attacking him with single power shots. Quillin thought he could attack Jacobs with combinations, and he paid for it by getting clipped with a big right hand. The rest was history. Once Quillin was hurt, Jacobs unloaded on him with a flurry of shots until the referee was forced to step in and stop the fight.

“I think it’ll be a real good fight,” said HBO unofficial ringside scorer Harold Lederman about the Jacobs vs. Arias fight. “It should be very exciting.”

Harold Lederman seems to have a better view of the Jacobs-Arias fight than Hearn and Jacobs do. Lederman realizes this is a fight that could go either way. Lederman obviously has seen Arias fight, and he knows this guy has got the goods to beat Jacobs in style.

“You better take advantage of it, bro,” said Jacobs to Arias. “You’re going to have to.”

In the co-feature bout, heavyweight contender Jarrell “Big Baby” Miller (19-0-1, 17 KOs) puts his unbeaten record on the line against Mariusz Wach (33-2, 17 KOs) in a 10 round fight. This match-up should tell the boxing public how good Miller is, because the 6’7” Wach can punch and he has a good chin. However, the fans won’t really know how good Miller is until he gets inside the ring with the likes of Anthony Joshua, Deontay Wilder and Joseph Parker.

Also on the Jacobs vs. Arias card are the following fights: 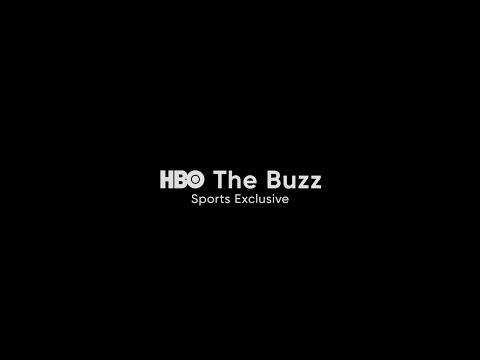 
« Errol Spence Jr. and the questions no one is asking

Braehmer: I am not underestimating Brant »