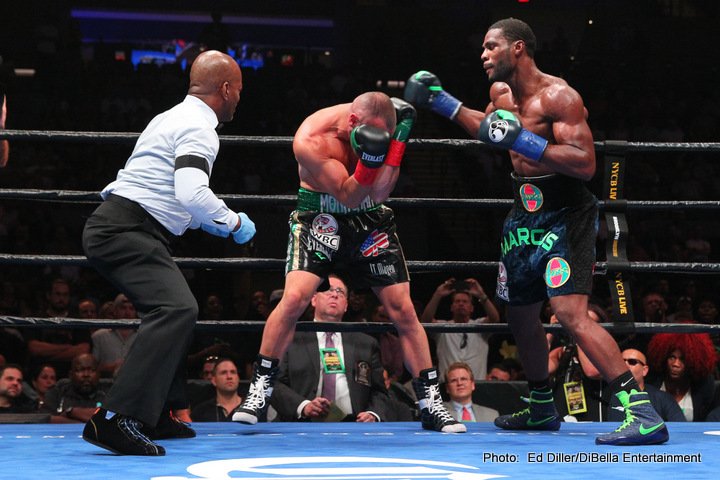 Browne, 26, knocked the 35-year-old Monaghan down with a left hand to the head in the 1st round. In round 2, Browne hurt Monaghan with a flurry of shots that caused referee Steve Willis to step in and halt the fight.

Browne is not ranked high enough for him to get a title shot against the 39-year-old Stevenson, who already has a mandatory challenger in Eleider Alvarez that he’ll be fighting next. The World Boxing Council is setting up a small tourney to decide who the next mandatory will be for Stevenson. Browne might need to wait a while before he gets a crack at Stevenson. It could be years. It’ll be up to Stevenson’s manager Al Haymon.

Browne came into the fight ranked #7 WBC, #9 IBF, #10 WBA. Browne needs to be rated a lot higher than the No.7 spot for him to get a title shot against Adonis Stevenson. Likewise, Browne is probably going to need to get a #1 ranking with the other sanctioning bodies if he wants to get a crack at IBF/WBA light heavyweight champion Andre Ward. Even if Ward chooses to vacate those titles, Browne will need to get rated higher for him to get a chance to fight for the belts once they become vacant. 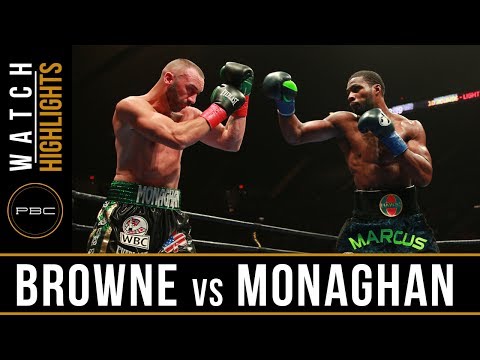 There are some tough guys in the 175 lb. division like Artur Beterbiev that Browne would need to deal with. Beterbiev is a tough customer with a lot of punching power. Browne will have a much tougher time dealing with an experience boxer/puncher like Beterbiev if he opts to go for the IBF belt. Beterbiev is looking to get a crack at Ward’s title. 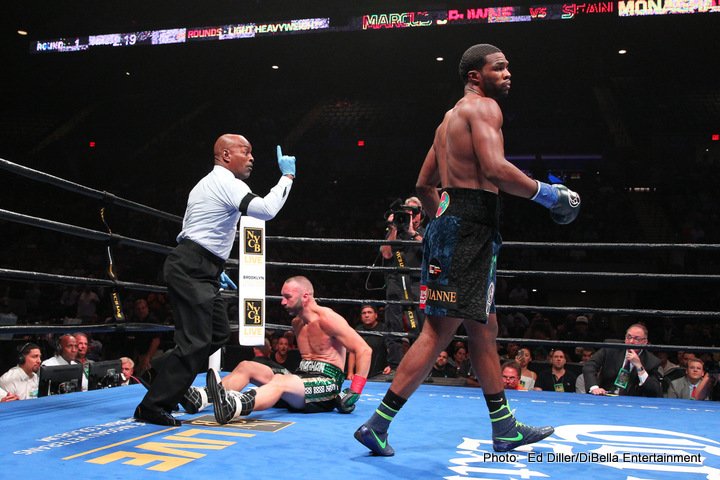 In other action on tonight’s card, heavyweight prospect Adam Kownacki (16-0, 13 KO) destroyed former heavyweight world title challenger Artur Szpilka (20-3, 15 KOs) in a 4th round knockout. Szpilka made the mistake of letting his hands down while standing in front of the 28-year-old Kownacki in the 4th.

Kownacki took advantage of Szpilka’s low guard and went after him with a flurry of heavy punches that put him down on the canvas. The badly hurt Szpilka got back to his feet, but Kownacki then unloaded on him with several hard power shots that led to referee Arthur Mercante Jr. to step in and stop the fight with Szpilka against the ropes. The official time of the stoppage was at 1:37 of the round. 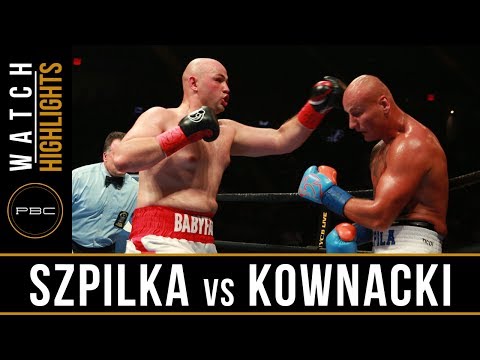 Kownacki looks like he would be trouble for heavyweight champions Anthony Joshua, Deontay Wilder and Joseph Parker. Those guys haven’t had to deal with a volume puncher like Kownacki during their careers. He would make them brawl whether they want to or not. The 6’7” Deontay Wilder has a long reach and a lot of mobility. It would be tough for Kownacki to land his big power shots. Kownacki would need to walk through some of Wilder’s big punches for him to get in range to land. It would be a lot harder than it was tonight.