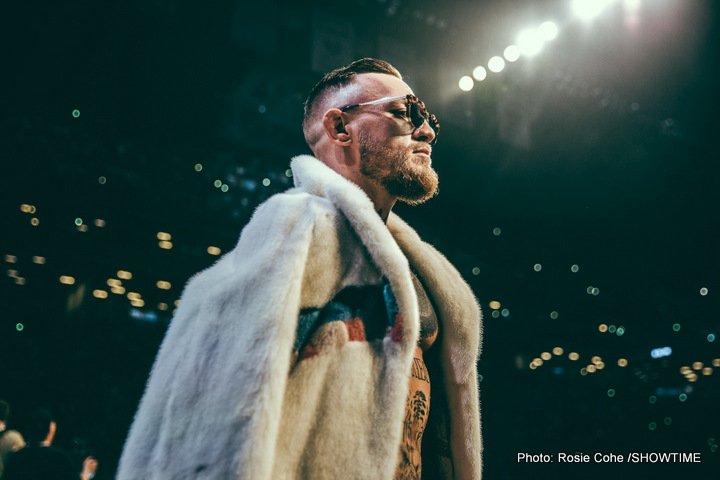 By Allan Fox: Andre Ward’s trainer Virgil Hunter sees physical flaws in UFC fighter Conor McGregor’s game that is going to make him vulnerable Floyd Mayweather Jr. in their fight on August 26. Hunter says McGregor has the waist of a model that will make him vulnerable to body shots from the 40-year-old Mayweather if he chooses to target that part of his anatomy.

Hunter doubts that the 29-year-old McGregor will be able to take body shots from Mayweather if the two fight an inside battle. McGregor has said recently that he plans on mauling Mayweather by taking the fight to the inside the work him over. If the fight plays out like that, then Mayweather will have plenty of opportunities to throw short body shots from close range.

Whether Mayweather can generate enough power to hurt McGregor on the inside is the big question. McGregor has been hit to the body by far more powerful fighters than Mayweather in fighting in the UFC. The 200 pound Nate Diaz hit McGregor to the body without hurting him. Mayweather will likely be weighing between 150 and 165 pound August 26 when he gets inside the ring with McGregor.

”One of the things that I noticed is that [McGregor’s] body – he has the waist of a model,” said Hunter to Fighthype.com. ”He doesn’t have a fight trunk. He has a waist as opposed to a trunk. There’s a difference. You know, a trunk is strong, powerful, and thick — not only be able to take it but get out of the way,” said McGregor.

I don’t think body punching is going to be a factor in this fight between Mayweather and McGregor. If this were Andre “SOG” Ward facing McGregor, there would be cause to worry for the UFC fighter. He would be getting hit plenty to the body by Ward, especially given his recent success in hurting Sergey Kovalev with body shots in his last 2 fights. I imagine there might even be some low blows thrown in on accident by Ward. I don’t know if that would be an issue or not for McGregor.

I do think McGregor is the type that would come back with something painful for Ward to remember him by if he started throwing low blows. McGregor is a different animal than Ward. If McGregor gets hit with low blows, he’s liable to make it a painful evening for Ward. I don’t know if Ward would want to get into a roughhouse style of fighting against someone like McGregor, because that would play into his hands. He knows a lot more about roughing up opponents in close than Ward can know. That’s McGregor’s whole game.

I think Mayweather is going to focus on throwing his shots if he can, as that’s what gets the crowd into his fights. Mayweather likes to shows off his hand speed in his fights. The only fights where Mayweather couldn’t really display his speed were his 2 fights with Marcos Maidana and his first fight with Jose Luis Castillo. Both of those guys stayed in close, and forced Mayweather to fight an inside war. Mayweather arguably lost the first fights against Maidana and Castillo, but he was given decision wins. In watching those fights again, I thought Mayweather was given gift decisions in both fights. He was the more popular fighter though, so those guys already were up against it even before the first punch was thrown.

“He has more of a model’s waist and if I’m thinking like Floyd, I’m thinking about the body because his body’s going to be very vulnerable to body shots,” said Hunter about McGregor. ”Everything is sitting right there for you to touch. So I wouldn’t be surprised to see a lot of in-fighting on Floyd’s behalf,” said Hunter.

If Mayweather decides to become a body puncher overnight, then there’s some chance that we could see him stop McGregor with a shot to the body in this fight. I don’t see it happening. I don’t remember Mayweather getting a knockout during his career with a body shot. If he starts throwing body shots against McGregor, it could leave him vulnerable to getting hit with one of McGregor’s chopping left hands to the head. McGregor has a powerful left hand that he likes throw downwards when he’s in close. If Mayweather is busy throwing body shots, it’s going to leave his head exposed for the big shots from McGregor in this fight and that could spell doomsday for the 40-yearold.

“Also [McGregor] has what we call ‘The Fighter’s Curse.’ He has bone ridges over his eyes. I noticed he has cut a lot in the eyes in MMA fighting,” said Hunter. ”He also has that jutting chin. So that’s a curse within itself also. But I expect him to cut over the eyes because of the bone ridges, and when those snapping punches hit you over the eyes like that he’ll get cut worse that he did in MMA. In my opinion he’ll cut up.”

Hunter could be right about McGregor getting cut up. I don’t think the fight is going to be decided on cuts though. McGregor isn’t accustomed to long grueling fights in which he takes a lot of head shots. McGregor is the one that tends to dish out most of the punishment when it comes to head shots. If suddenly the tide is turned with McGregor being the one that’s getting hit a lot, I don’t think he’s going to hold up for long against Floyd. Frankly, I’d be very surprised if McGregor is still around by the 7th or 8th rounds against Mayweather.

The only way I see McGregor still fighting is if Mayweather plays around with him like he did against Andre Berto in his last fight on September 12, 2015.
Mayweather promised an action-packed fight against Berto, but instead the boxing fans saw him fighting at half speed in gloried exhibition type fight. It looked like Mayweather was sparring with a good friend against Berto. It was not an exciting fight. If Mayweather does the same thing against McGregor, it could go the full 12 round distance. It’s up to Mayweather how he wants the fight to transpire. 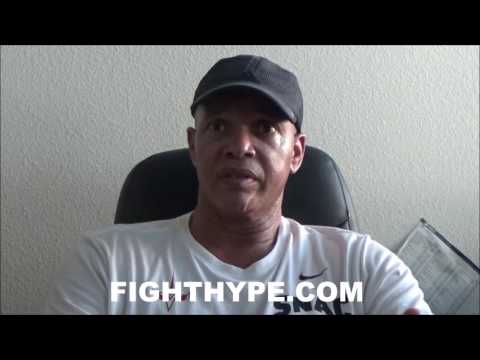