Canelo-Golovkin will NOT change date for Mayweather-McGregor 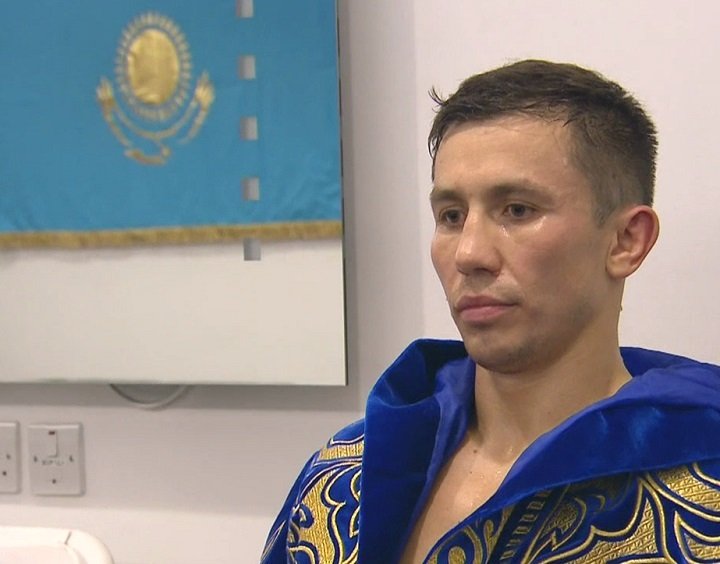 By Allan Fox: In the past, Floyd Mayweather Jr. had a habit of taking the Mexican holidays for his fights, but it won’t be the case if he makes the Conor McGregor fight, as the next holiday has already been scooped up by the Saul “Canelo” Alvarez vs. Gennady “GGG” Golovkin fight on September 16. According to Canelo’s promoter Eric Gomez of Golden Boy Promotions, they do not intend on moving off the September 16 fight date, which falls on the Mexican Independence Day holiday weekend.

There’s nothing stopping Mayweather and McGregor from fighting on September 16 if they want to. The fight will likely be shown on Showtime Boxing. Canelo vs. Golovkin will be televised on HBO PPV on the same night. If Mayweather and McGregor are comfortable with fighting on the same night as a huge fight like Canelo-Golovkin, then that’s up to them.

It would be a crazy idea for Mayweather and McGregor to do that, because the boxing fans are likely going to purchase the fight that promises to be the more interesting and competitive one of the two matches, and that’s the Canelo-GGG fight.

Mayweather can play a game of chicken if he wants to by scheduling his fight against McGregor on the same night as the Canelo-Golovkin, but if they don’t pull off the date, then Mayweather and McGregor could lose of PPV buys from boxing fans not purchasing it. It costs too much money for fans to purchase two PPV fights on the same night. We don’t even know how much the Mayweather-McGregor fight will sell for.

If Mayweather-McGregor sells for $100 on PPV, they’re going to have a hard time going up against Canelo vs. Golovkin on HBO PPV with a selling price of $70. Which of the two fights will the boxing public purchase? My guess is they’ll steer clear of the Mayweather-McGregor fight and take the better bargain by purchasing the Canelo vs. Golovkin match.

This still could lead to a problem between Golden Boy and Mayweather-McGregor, because Mayweather likes to place his fights on the Mexican holidays. His match against McGregor is probably going to be bigger fight than the Canelo vs. GGG match, even though it shapes up to a terrible mismatch on paper. There are a lot of fans that want to see the Mayweather-McGregor fight for some reason. Personally, I don’t see the attraction in that fight.

McGregor has no chance whatsoever, and I’d prefer to see Mayweather fight someone with at least a small chance of beating rather than no chance.

“There’s no way this fight will change the date, it’s the fight everyone wants to see, where everyone wants to be,” Golden Boy Promotions president Eric Gomez said to ESPN.com about Canelo-Golovkin changing their already scheduled date on September 16 to let Mayweather-McGregor take place on that date.

What could be bad news for the Canelo-Golovkin fight is that the Mayweather vs. McGregor mega-fight has been rumored to be taking place in September for months now. However, Mayweather might not way to push a big fight like that out of the way for his own match against McGregor. It would create bad blood to do something ruthless like that. Mayweather has a promotional company and he needs to work with Golden Boy Promotions in the future for fights. If Mayweather was kick the Canelo-Golovkin fight off their already scheduled September 16 date, there would be hard feelings over that by Golden Boy and Canelo.

There’s certainly a ton of interest in the fight in the States. The excitement in the Canelo vs. Golovkin fight is a lot more than the build-up to Canelo’s last fight against Julio Cesar Chavez Jr. on May 6 on HBO PPV. That was a really bad fight that angered boxing fan due to how one-sided it was. The hardcore fans knew ahead of time that it was a horrible fight in which Golden Boy had picked an over-the-hill Chavez Jr. for Canelo to beat up on in a mismatch. But the casual boxing fans were none the wiser, as they thought it was going to be a quality fight. The fans spent $70 to see Canelo beat up on a thin and physically wasted away looking Chavez Jr., who looked like a shell of his former self from 5 years ago.

It’s good for the fans that no what happens with the Mayweather-McGregor fight, Canelo-Golovkin will be taking place on September 16. Golden Boy has already announced the Canelo and Golovkin fight. The boxing public is anxiously looking forward to that fight. Golden Boy still hasn’t picked out a venue for the Canelo-Golovkin fight, but the fans have a pretty good idea where it will wind up and many of them are ready to travel to see it. A fight like Canelo vs. Golovkin doesn’t have too often. This is unquestionably the second biggest fight of Canelo’s pro career behind his 2013 fight against Mayweather.

As young as the 26-year-old Canelo is, he may never get a fight of this magnitude again in his career, because there’s no else that is nearly as popular as Golovkin is right now at 160. Canelo isn’t going to fight a popular light heavyweight like Andre Ward or Sergey Kovalev. Those guys are too big. There’s no one at 147 or 154 that has the popularity that Golovkin has right now. Manny Pacquiao would never fight Canelo, and he’s pushing 40. That fight is not going to happen. We already saw Canelo destroy welterweight Amir Khan last year. I think that fight probably scared off any other welterweights that might have ideas of moving up 2 divisions to take on Canelo to get the chance for a big payday.

“This is a fight that people have been waiting for a long time, that the two fighters wanted, to which the two arrive at their best, is a fight that can change the direction of the history of boxing,” said Gomez.

McGregor signed an agreement to fight Mayweather last week. He’s now waiting for Mayweather to sign his part of the agreement.

Canelo and GGG are both highly ranked pound-for-pound fighters. Mayweather and McGregor aren’t on the pound for pound list. McGregor has never fought before in a boxing match, and Mayweather is coming out of his 2-year retirement for a payday before going into retirement once again. There’s much less riding on the Mayweather-McGregor fight than the Canelo-Golovkin fight. Mayweather (49-0, 26 KOs) wants to win his 50th victory of his pro career, but it’s not exactly the best opponent for him to be doing that.

It’s hard to imagine the late boxing great Sugar Ray Robinson choosing to pad his record by fighting someone from another sport and having it count on his record. Mayweather is compared to Robinson at times, but his fight against McGregor is off putting. With all the options that Mayweather had in front of him as far as fighting top boxers in the sport, it looks bad that he’ll be going after win No.50 by fighting someone from the UFC, who has never fought before in a boxing ring.

Should Mayweather be given credit on his pro record for the fight with McGregor or should be counted an exhibition fight due to McGregor having a 0-0 record. You can make a good argument that Mayweather vs. McGregor shouldn’t be sanctioned by the Nevada State Athletic Board because of the potential that McGregor can get hurt inside the ring. McGregor’s experience in the MMA is meaningless when it comes to stepping inside the boxing ring to fight Mayweather. We might as well be talking about Tiger Woods coming off the golf course to fight Mayweather, because it’s pretty much the same thing. McGregor does not look skilled when throwing punches. McGregor is going to be so badly out of his class when he faces Mayweather. 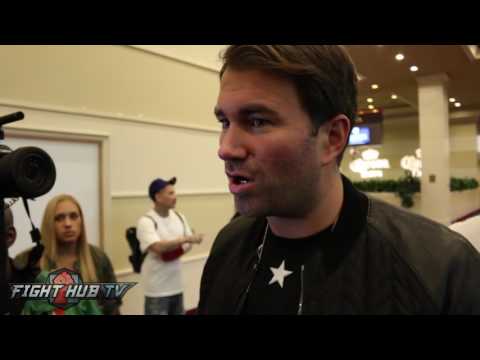 Groves vs. Chudinov fight for WBA title on Sat. »