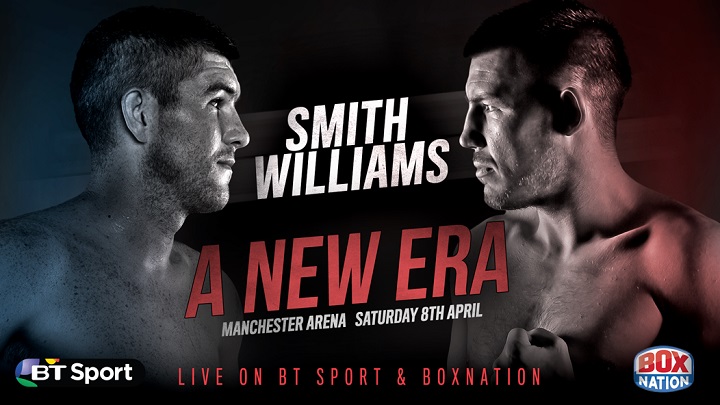 At 29, Vasyl Lomachenko 7-1 (5) is clearly in the prime of his career and seemingly getting better with every bout, having transformed from the complete amateur, to the complete professional in just a handful of fights. Since learning a hard lesson in the necessity to plant his feet and sit down on his punches, in a loss against seasoned professional Orlando Salido in 2014, he has quickly become one of the best fighters on the planet.

Following this losing effort for the WBO Featherweight title against Salido, in just his third fight he won a tough majority but deserved decision against Gary Russell Jr for the same belt. This win has only looked better and better with each of Russell’s subsequent title wins.

Since winning the belt, Lomachenko has barely put a foot wrong, culminating in dominant knockout wins in his last two contests, over Roman Martinez and Nicholas Walters respectively. In these fights Lomachenko destroyed two bona fide world class Super Featherweights, earning himself another WBO belt, in a second weight class.

At the same age, Jason Sosa 20-1-4 (15) is also enjoying his prime years as a fighter. Despite having suffered 3 draws, he hasn’t lost since 2010, cultivating an impressive 20 fight unbeaten streak. Having faced his most impressive opposition in his last 3 outings, against Walters (D12) Javier Fortuna (W TKO11) and Stephen Smith (W UD12), respectively.

At 5 foot 5 inches, Sosa is a stocky bull-like come forward fighter, who uses strength and a high work rate to overwhelm his opposition. He has clearly been improving with each fight and has shown a level of talent and commitment worthy of this world title opportunity.

Unfortunately for Sosa, Lomachenko is beginning to show the kind of talent that prompts aspersions of greatness, only bestowed upon few fighters in each generation. Just half an inch taller than Sosa, Lomachenko has a longer more athletic physique, allowing him to reach a higher level of stamina and flexibility than other fighters. Lateral footwork and up and down tempo confuses opponents to such an extent that they feel helpless to his constant attack. The best evidence of this was on display in his last fight, when previously unbeaten Walters simply quit on his stool after 7 one sided rounds.

A variety of light shots mixed with heavy power shots from every angle, bamboozles opponents into submission. Lomachenko’s speed of foot and hand is right up there with the fastest. Add to this a proven toughness and resilience, shown when thrown in at the deep end in his first few professional fights, and you are presented with a very special and rare athlete.

Sosa’s only chance is to hope that his relentless attacks can find their mark, and that they are affective enough to throw his opponent off his game. But it is likely Lomachenko will be able to nullify Sosa’s best work, whether choosing to fight him head on or outbox him from the back foot. I see him doing more of the latter in the early stages, before changing the tempo to a more aggressive approach the longer the fight goes on.

It is hard to give Sosa any kind of chance, especially when comparing performances against common opponent Walters, where Sosa struggled to a controversial draw, in a fight he surely should have lost, and Lomachenko exercised a supreme dominance of the same man.

Lomachenko will want to build on the momentum he has going into this fight, where anything but a knockout victory will suffice. He is currently fighting for more than just alphabet belts spread across numerous weight classes, he is competing for the mythical pound for pound status against the likes of Gennedy Golovkin, Saul Alvarez and Terrence Crawford, as the best boxer in the world regardless of weight class.

I can see Lomachenko breaking down a tough and resilient Sosa around the tenth round, in another punishingly brilliant performance.

Smith is the more seasoned fighter, having been a professional for 9 years, 3 years longer than Williams, at 28 he is 4 years older, and has had 9 more fights. Smith has also faced better opposition having won the WBO Super Welterweight title against Predrag Radosevic last year, before losing it to Saul Alvarez.

Before these two fights, Smith had been impressing against domestic level opposition, much as Williams has: claiming the British title in 2015 and picking up the WBO European title last year, in his most recent outing.

When you consider that the only real difference in each fighters winning ledgers, is the widely unknown Radosevic, you start to understand why there is so much intrigue surrounding this one. Add to this the beating Smith took from Alvarez very recently, and you start to give Williams a real chance of upsetting the applecart.

Although Smith lasted for 9 rounds and didn’t look completely out of his depth, managing to back up and land some combinations on the Mexican, Alvarez largely dominated, breaking the much less experienced Smith down with relative ease. Having suffered a devastating loss such as this, adds to Williams’ chances.

Williams is also half an inch taller at 5 foot 10, and will enjoy a 2cm reach advantage. He also still has the confidence that comes with being an unbeaten fighter, and an aggressive style that has earned him another advantage, in a 65% KO ratio to Smith’s 50%.

Although Smith is not considered to be an aggressive fighter, he doesn’t tend to take many backwards steps; another reason for the anticipation of this main event, which has had a lot of animosity in the build up. It is expected that Williams will come straight at his man, forcing him into a war. With Smith having a point to prove, that he is the elite fighter, he is likely to meet fire with fire.

If Smith can nullify Williams’ offense with well timed counters, using his superior experience to control the fight from the center of the ring, he could be in for an easy night. The big question is: how much technical ability does Williams bring with his come forward aggressive style? If he can apply intelligent pressure rather than wading in, then he is in with a chance of out-hustling the favorite.

I believe Smith’s experience and home county Lancashire advantage at the Manchester Arena, will see him through this one. Coming into the prime of his career, he is far from over the hill, and I get the feeling this opportunity might have come a bit too soon for Williams. In a competitive fight, Smith takes a unanimous points win over the 12 round distance.