Bivol stalked Clarkson from the opening bell. The former Russian amateur standout floored Clarkson in the opening 30 seconds with a series of shots and then knocked him down again a minute later with a straight right. Clarkson (19-4, 12 KOs) survived the round but didn’t respond well to trouble and was unable to upset Bivol’s rhythm and incredible accuracy.

Clarkson was knocked down for a third time when he appeared to walk into a big right midway through the fourth, forcing referee Harvey Dock to halt the contest at 1:40 as Clarkson struggled to get to his feet. Bivol landed 46 percent of his power shots over the four rounds compared to just 17 percent for Clarkson.

“I thought I would finish him in the first round, but I think it was better that it went to four rounds because the fans were able to see the way I fight,” Bivol said.

“I’m definitely ready for my title shot against (Nathan) Cleverly in my next fight. I’m ready.”

Clarkson had entered the ShoBox main event on a nine-fight winning streak.

“He caught me with a good body shot for the first knockdown,” Clarkson said. “I thought I was back in the fight in rounds two and three. In round four I got caught, I stumbled and my balance was off.”

Hawkins (11-0, 8 KOs) attacked early and virtually closed Soto’s left eye late in the first round. Soto took a knee in the closing seconds of the round but survived, although his vision was clearly impaired.

Hawkins out-landed Soto 39-15 in the second, including 15-1 in the final minute. The ringside physician ruled that Soto (13-1-2, 7 KOs) could no longer see out of his left eye following the second round and waved off the contest.

“Hard work and dedication. I had a strong camp and believe in my team,” said Hawkins, who is trained by Baltimore’s Calvin Ford and is a stablemate of IBF Junior Lightweight Champion Gervonta Davis. “What makes it even more special is the blessing of my first-born child.”

“I want to give a shout-out to my opponent. He was big, he was strong, he was durable and he was undefeated.”

Soto became the 163 fighter to suffer their first defeat on ShoBox.

In a matchup of undefeated super bantamweights in the opening bout of the ShoBox telecast, Glenn Dezurn narrowly edged Leroy Davila to hand the latter his first career loss in a back-and-forth fight scored 78-74 by all three judges.

The Baltimore native Dezurn (9-0, 6 KOs) seemed to throw the harder punches and was more effective while fighting on the inside against Davila (5-1, 3 KOs), who was the naturally smaller of the two. While Dezurn was the more active fighter – he threw nearly 100 more punches over the eight-round bout – the final rounds were extremely difficult to score as the fighters landed within eight total punches across the last three rounds.

Davila became the 162 fighter to suffer his first defeat on the prospect developmental series.

“Tonight wasn’t about winning or losing I showed that I have dog in me. I answered that question,” said Davila. “I went off the game plan and should have listened to my corner. The size played a small part in the fight, but I am not making any excuses. I have seen small men knock out big men before.”

The event was promoted by Greg Cohen Promotions and Banner Promotions in association with World of Boxing and Uprising Promotions.

Friday’s tripleheader will replay on Monday, April 17 at 10 p.m. ET/PT on SHOWTIME EXTREME and will be available on SHOWTIME on DEMAND® and SHOWTIME ANYTIME®. 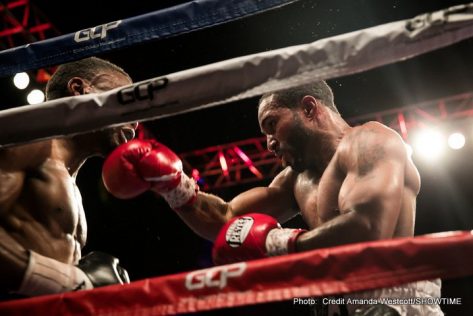 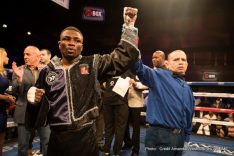 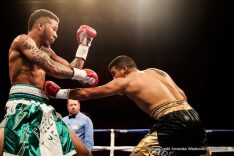 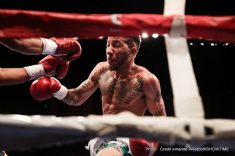 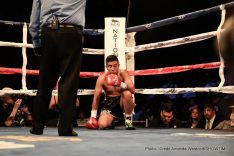 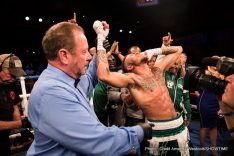 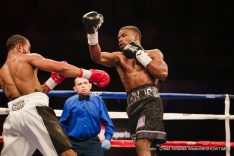 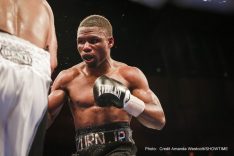 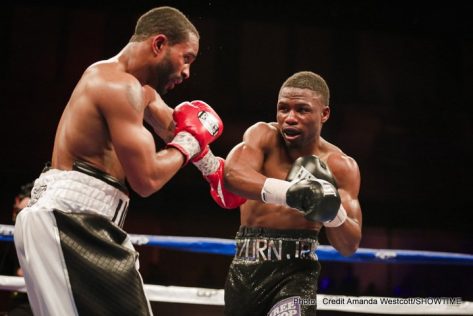 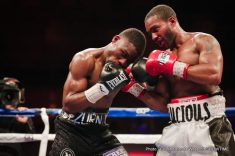 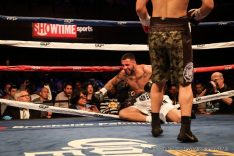 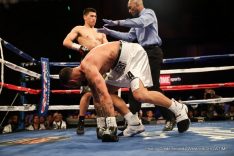 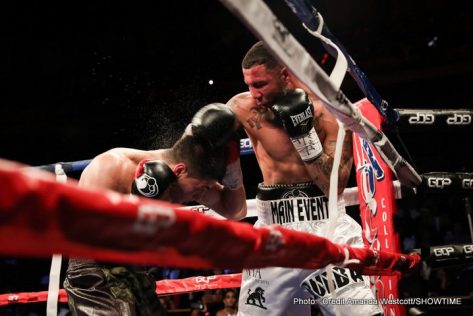 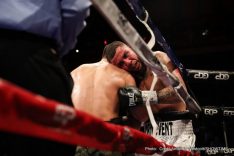 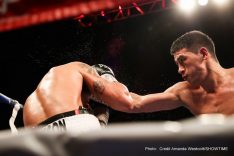 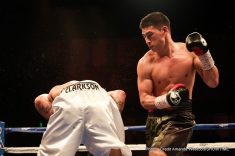 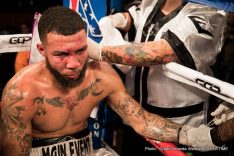 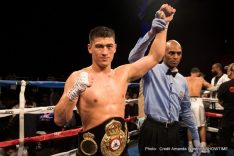 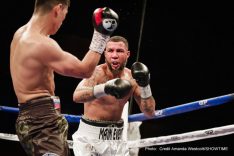 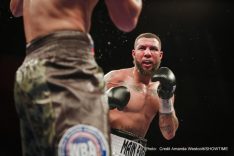 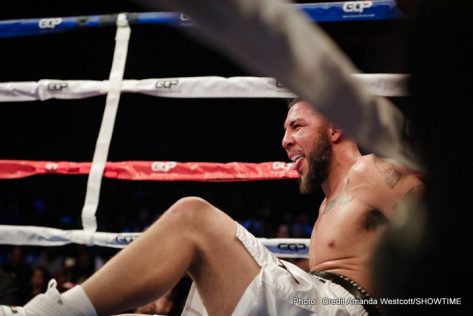