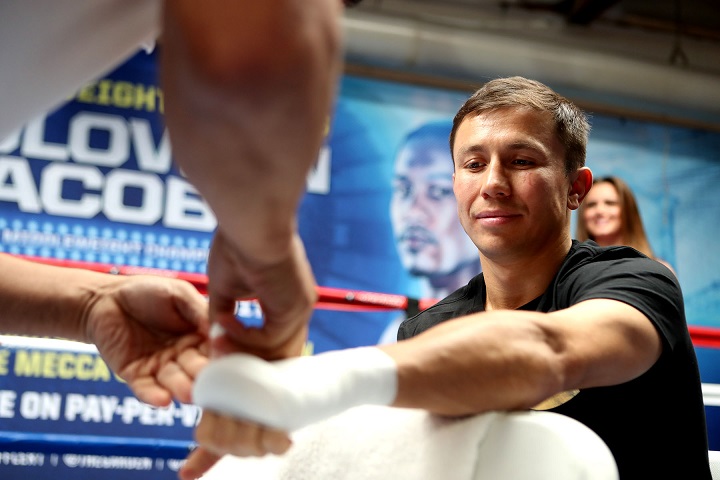 Conlan thinks that Golovkin is underestimated by some people in boxing due to him being such a nice guy. That caused people to initially overlook Golovkin. However, the way that Golovkin has knocking people out since 2008, people can’t overlook him because he produces results each time he fights. The last opponent that Golovkin fought that made it the full distance with him was in 2008. That’s 9 years of straight knockouts for GGG.

“He’s just a killing machine,” said Conlan about Golovkin to Fino Boxing. “Every punch he lands, he seems to hurt people. I think that’s going to be the difference. The first jab he lands on Jacobs, as soon as he lands, it’s like, ‘I don’t want to be here.’”

When asked how quickly will Golovkin knockout Jacobs, Conlan said, “Within 5 rounds. Maybe I’m underestimating Jacobs. He may have more inside him than most fighters. For me, I say 5 rounds. Yeah, he’s [Golovkin] scaring people. He’s a really scary guy. That’s the thing. He’s a really nice guy, but then the next minute, he’s a killer,” said Conlan.

It’s going to be really hard for Jacobs to go more than 5 rounds if Golovkin is throwing with full force. Jacobs may have some tricks up his sleeves to avoid taking a lot of Golovkin’s big power shots, but it’s going to be very hard for him to win or to even last in this fight. Golovkin has never knocked down in his career. You have to give Golovkin a huge advantage in the chin department.

If Golovkin and Jacobs get in a war on March 18, then the fighter with better chin will likely emerge as the winner. Golovkin wins if he can handle Jacobs’ punching power. There’s very little chance that Jacobs will be able to handle Golovkin’s power for 12 rounds unless he’s got a spoiling tactic like holding or running that he plans on using all night.

Five rounds or less sounds like a good prediction for Golovkin to take care of Jacobs. By that point in the fight, Golovkin will have tested Jacobs’ chin with a high number of power shots. If Jacobs hasn’t toughened up his chin from his first fight against Sergio Mora, it could be bad news for him when he steps foot inside the ring with Triple G on March 18. The fight is only 9 days away. Jacobs has his work cut out for him if he’s to pull off a major upset in beating Golovkin.

“I am really looking forward to putting on a great show and I am very excited,” said Golovkin.

Jacobs had better be ready for an all-out war on March 18, because Golovkin has made it clear to everyone that he intends on turning the fight into a big “drama show” when he gets inside the ring. Golovkin is going to be looking to KO Jacobs as fast as possible. I don’t think Golovkin will try and walk through Jacobs’ shots the way he did his last opponent Kell Brook, but he’s still going to be forcing him to fight in a war for as long as it lasts.

Jacobs has talked about wanting to try and use the ring to box Golovkin, as if he might have designs of making it an outside jab-fest. I don’t think that’s going to work against Golovkin. Hopefully, Jacobs hasn’t put too much emphasis during training camp on fighting a chess match against Golovkin on March 18, because that’s probably going to be a big waste of time for him to do that.

Golovkin’s trainer Abel Sanchez sees Jacobs as a guy with one-punch power going for him. He rates him as better puncher than Saul Canelo Alvarez, who he pegs as more of a combination puncher than a one-punch guy. Canelo could be in store for Golovkin as an opponent later on this year if the fight can get made by Tom Loeffler and Canelo’s promoters at Golden Boy Promotions.

“He has got one punch power,” said Sanchez about Jacobs. “There is the chance he will knock you out – he is a big dude. Canelo is more of a combination puncher but they are both very good fighters. Both Canelo and Jacobs have fights coming up and Canelo has the bigger guy on May 6 and we will be able to tell then who is the bigger and stronger guy.”

Jacobs hurt Peter Quillin with one big right hand shot in their fight two years ago in 2015. However, Jacobs doesn’t usually knock guys out with one punch. He’ll hurt them with one punch, and then pour it on to knock them out by throwing a flurry of punches. Jacobs normally batters his opponents until knocking them out. Jacobs’ early knockouts that have occurred recently were against Sergio Mora and Quillin.

Mora suffered a broken ankle in the 2n round of their first fight in August 2015. In their rematch last September, Mora lasted until round 7 against Jacobs. Jacobs has a lot of knockouts within 6 rounds in his last 12 fights, but 9 of those opponents were mediocre fighters that didn’t belong in the same ring with him. They weren’t relevant fighters in most cases, although the 36-year-old Mora was technically a contender. Mora isn’t a major contender. He’s more of a fringe level fighter at best.

Canelo has a fight against the 6-foot Julio Cesar Chavez Jr. on May 6 on HBO PPV. That’s a fight that will take place in the super middleweight division at a catch-weight of 164 ½ pounds. It’ll be Canelo’s biggest opponent of his career. Golovkin will be facing his biggest opponent of his career in Jacobs. Golovkin will have to deal with Jacobs’ size and reach advantage.

This is going to be a tough fight for Gonzalez because Rungvisai is a really puncher from Thailand. Rungvisai hasn’t lost a fight since 2014 when he was beaten by Carlos Cuadras by an 8th round technical decision. The fight was halted after Cuadras suffered a cut over his left eye from a head-butt. Cuadras boxed Rungvisai the entire fight rather than risking getting hurt by him in a brawl. It was much different Cuadras than the one we saw last year in his 12 round decision defeat at the hands of Roman Gonzalez. Cuadras was looking to brawl with Gonzalez in that fight, and he ended up giving him a lot of facial swelling.

The 28-year-old Cuadras (35-1-1, 27 KOs) will be fighting on the Golovkin-Jacobs undercard against David Carmona (20-3-5, 8 KOs). This is a good fight. Carmona has got some talent despite having a low percentage of knockouts on his record. Carmona lost his last fight to WBO World super flyweight champion Naoya Inoue by a hard fought 12 round decision last year. That’s probably the hardest fight of the 23-year-old Inoue’s short 5-year pro career. Cuadras will still have a big advantage in punching power over Carmona and boxing skills.

It’s still going to be a tough fight for Cuadras, who must win for him to get a rematch with Roman Gonzalez. The whole point of having Cuadras and Gonzalez on the same card is to setup a big fight between them later on this year, as long both guys win. Cuadras has he easier task of the two because Carmona isn’t nearly the same kind of puncher as Rungvisai, the fighter that Gonzalez will be facing in the co-feature bout.

In a fight on the card that hasn’t been talked about much, former WBO middleweight champion Andy Lee (34-3-1, 24 KOs) will be fighting KeAndrae Leatherwood (19-3-1, 12 KOs) in an eight round fight. This is an important comeback fight for the 31-year-old Lee, who has been out of the ring for over a year since losing his title to Billy Joe Saunders by a 12 round majority decision in December 2015. Lee was knocked down twice by Saunders in the 3rd round.

That was the second consecutive fight in which Lee was dropped twice in the early rounds. Lee was knocked down twice by Peter Quillin in April 2015. Whether the knockdowns indicate Lee’s punch resistance has deteriorated or not is the big question. The fact that Lee has been able to come back in both fights and do well in the second half of them, it suggests that he might not be warming up correctly in the dressing room. He shouldn’t getting knocked down so frequently in the first three rounds like that.

Leatherwood is not supposed to be a real test for Lee, as he’s just an opponent for the fight. However, when you’ve been out of the ring for over a year like Lee has, you can’t rule out an upset in this fight. Lee needs to be careful in the first three rounds against Leatherwood, because that’s where he’s having his problems. If Lee loses this fight, then he needs to think about retiring from boxing because this is not a fight that he’s supposed to lose. 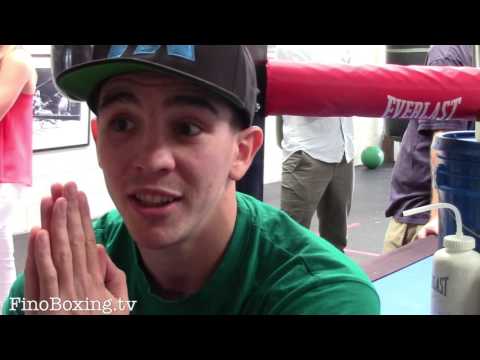 
« Arum narrows down Crawford’s next opponent to 3 candidates