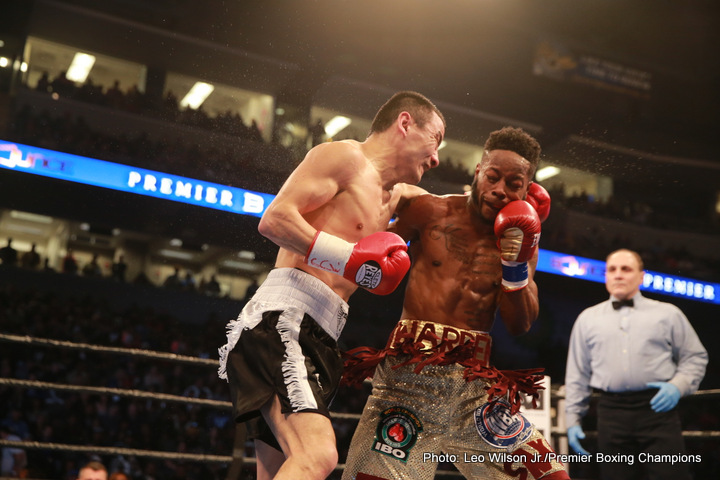 It’s unclear what fight the judge was watching that scored the fight for Warren, because he clearly lost the fight due to all the holding he was doing. He wasn’t throwing enough punches to win any round other than the 1st.

Boxing News 24 scored the fight 11 rounds to 1 in favor of Zhakiyanov. Warren won round 1 obviously with him knocking Zhakiyanov down twice with right hands to the head. It looked like Warren was going to be able to easily win the fight going into the 2nd round. However, Zhakiyanov landed some monstrous shots in round 2 that forced Warren to start holding nonstop.

Warren missed his opportunity to finish off Zhakiyanov in round 2 by electing to hold over and over again rather than letting his hands go. It appeared that Warren didn’t react well after he was hit with some really big shots from the fighter from Kazakhstan.

In round 3, Zhakiyanov appeared to knock Warren down with a right hand to the head, but the referee missed the knockdown and called it a slip. On replay, it was clearly a right hand that put Warren down rather than him slipping.

The referee failed to penalized Warren for his excessive clinching he was doing during the fight. Warren was holding at least 10 times per round, which forced Zhakiyanov to lower his head to try and throw shots while being held. Instead of the referee doing something about Warren’s holding, he was constantly telling Zhakiyanov that he shouldn’t be coming in with his head down.

Warren stopped jabbing after the 3rd round and mostly just held and ran. He wasn’t even throwing punches most of the time. It was just holding and movement. It was sad to see a good fighter like Warren reduced to holding like that. 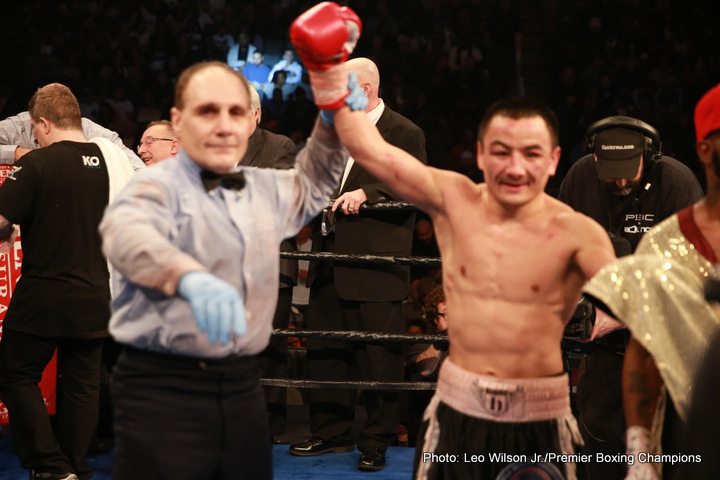 
« Nick Blackwell’s dramatic story and what lies behind it.