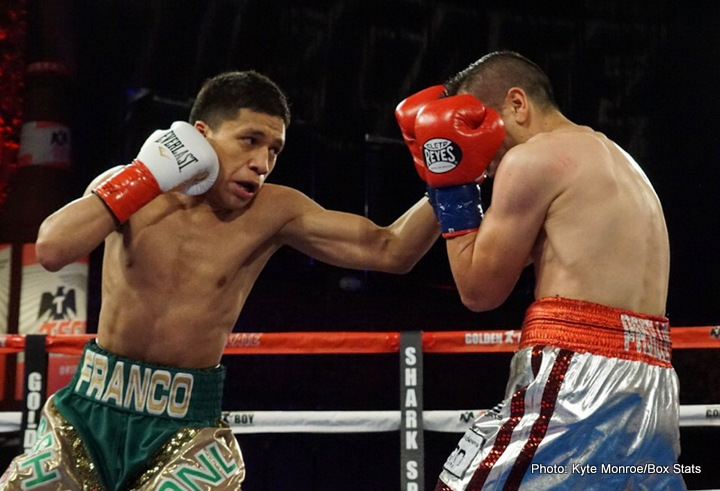 By Michael Montero – The “LA Fight Club” series kicked off their 2017 campaign in style tonight. There were four bouts featuring undefeated prospects from the stable of Golden Boy Promotions, three of which were televised on Spanish-language Estrella TV. All of the action was streamed live on RingTV.com as well. Below is a summary of the action.

The first contest of the evening was action packed with plenty of two way action. After six entertaining rounds David Mijares (of nearby Santa Monica, CA) improved to 5-0 (3KO) with a unanimous decision win over Evencii Dixon (Lancaster, PA). The scores were 58-56 and 60-54 x2.

In the TV opener, Ryan Garcia and Devon Jones squared off in a lightweight bout scheduled for six rounds. Victorville, CA native Garcia stalked forward while Jones, of Alexandria, LA tried to circle him from his southpaw stance. Garcia hurt Jones with a straight right hand about halfway through the first round and dropped him twice. Jones began to get desperate and lunge forward; he got clipped on his way in twice in the second round. The referee called the fight off after the fourth knockdown as Jones was in bad shape. Garcia wins via TKO2 and improves to 8-0 (7KO). 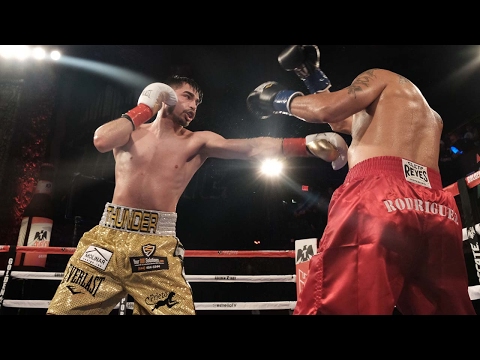 Next up was a super lightweight six rounder between Jonathan Navarro of East Los Angeles and Angel Rodriguez of Houston, TX. These two came out guns blazing from the opening bell. Both men did good work upstairs and downstairs, but Navarro was more consistent in his attack. The older Rodriguez had his moments, occasionally catching Navarro with counterpunches when he backed straight up, but he was eating a lot of leather in the process. It was a fun scrap with plenty of two way action that went to the cards. The judges scored it 59-55 and 60-54 twice for Navarro, who improves to 8-0 (5KO). 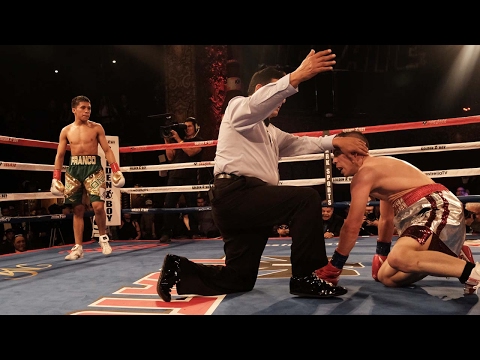 And in the main event, Joshua Franco and Victor Pasillas faced off in a super flyweight contest scheduled for eight rounds. Franco, of San Antonio, TX, came out sharp from the onset. Pasillas, or Ciudad Juarez, Mexico, could do little more than cover up in the early going. Toward the end of the second round, Franco landed a flush combination that stunned and dropped his overmatched opponent. A short left hook started it, followed up by a textbook one-two. Franco, trained by Robert Garcia, was dominant in victory, improving to 9-0 (5KO).


« Joseph Parker vs. Hughie Fury on April 1 in New Zealand