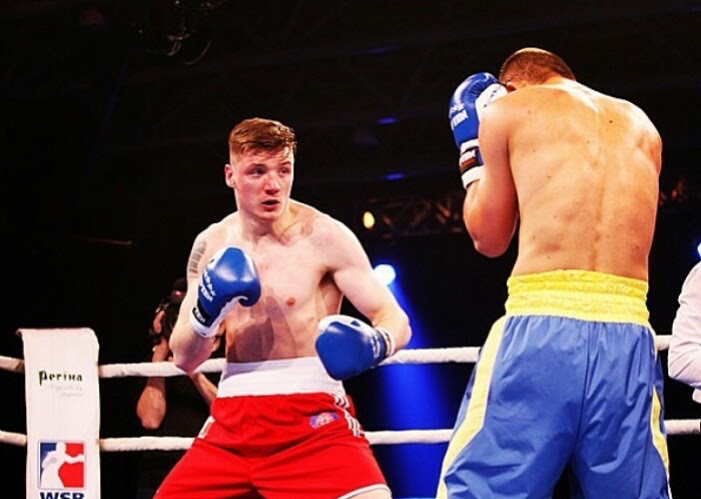 Glasgow Middleweight Aston Brown is delighted to have signed a long-term promotional deal with Hall of Famer Frank Warren. After a successful amateur career Brown is looking to be pushed quickly into title contention and is already targeting Tommy Langford’s Lord Lonsdale belt.

Brown, 25, is a former star of both the Scottish and British amateur scenes, boxing not only for Scotland in the Commonwealth Games, but for Great Britain and the Great Britain Lionhearts in the World Series of Boxing.

“It all started when I was nine-years-old,” said Brown. “I soon realised that I loved boxing and it was something that I had a talent for. I progressed very quickly through the ranks and in 2010 I lost to Callum Smith at the Commonwealth Games. After that I secured a place on the Team GB Development Squad where I only spent around six months before progressing onto the Podium Squad.

“I travelled the World boxing some of the best fighters around, going to around three or four European and World Championships. I learnt a lot during my two seasons in the WSB with the British Lionhearts before deciding to turn pro in 2015.”

He made a winning start to life in the paid ranks, comfortably outpointing Georgi Vlevski in Edinburgh. However, injury during his pro debut resulted in surgery and a lengthy spell on the sidelines.

“It was a very frustrating for me. I had to get an operation straight after my first fight and it took around a year for the injury to heal properly. During that time I’ve moved to Manchester and teamed up with Arnie Farnell. Things are looking really good now and I can’t wait to push on under the guidance of Frank and Arnie.

“I bonded straight away with Arnie and all of the boys in the gym are absolutely spot on. It’s the perfect gym for me and I’ve got a great relationship with everyone who trains there which is great for my development. We all have a laugh and get on really well.”

Tipped as one of the best amateurs to come out of Scotland in recent years, Brown is aiming to take his career onto the next level under Warren and is planning an assault on the domestic 160lbs division.

“I’ve had over 130 amateur fights and mixed it with the best in the WSB so it won’t take me many fights to be challenging for titles. I’m aiming to be taking on the best domestic Middleweight fighters within the next couple of years. I’m hungry for success and want to be pushed on quickly.

“I’m over the moon to be starting this new journey with Frank and BoxNation. I believe he is the best man out there to take me forward and I’m aiming to get Scottish boxing back under the spotlight. Me and Josh Taylor are probably the most successful amateurs to come out of Scotland in recent times and I want to fly the flag for Scottish boxing for years to come.”

Eubank Jr: I’ve got a plan to beat Golovkin »