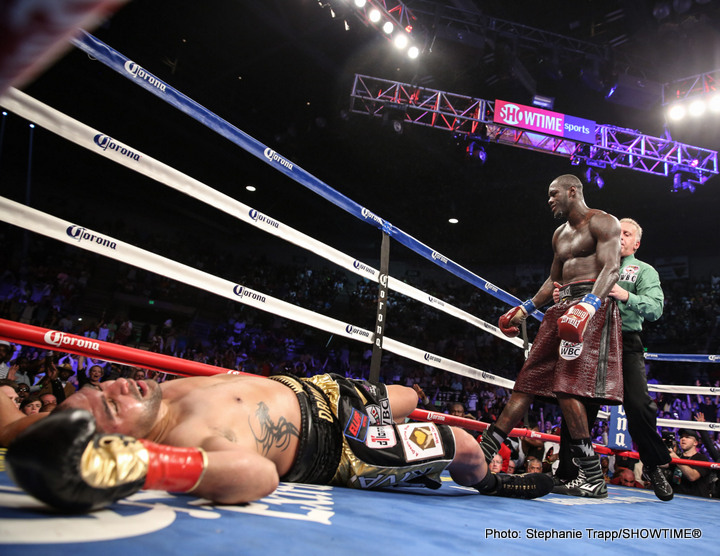 Haye says he’s disappointed at the news of Wladimir Klitschko suffering a calf injury and not being available to fight Joshua, because he felt that would have been Joshua’s coming out party if the fight had happened in December.

It wasn’t going to happen though even if Wladimir didn’t suffer an injury, because there wasn’t enough time to promote the fight properly before December. It’s surprising that Joshua’s promoter Eddie Hearn was still pushing to make the fight in that month, because he would have messed things up for Joshua and Klitschko if it had taken place.
Haye said this to IFL TV about the Joshua vs. Molina fight:

“It was the perfect fight for him,” said Haye about Joshua’s hoped for fight against Klitschko. “It was the perfect fight for Anthony at the right time for him. Obviously, it was a big fight. He would have gotten a lot of attention; although Wladimir hasn’t fought for a year, and he lost his last fight. He still has that Klitschko name, and that Klitschko name generates excitement, especially when you’re fighting a British fighter like Anthony Joshua who is unbeaten. You’ve got to feel a little sorry for Anthony Joshua. This fight against Wladimir Klitschko was him announcing to the world, ‘Yes, I am the main man in the heavyweight division.’ It’s unfortunate that he didn’t get the opportunity. I believe he’s going to fight [Eric] Molina, who Chris Arreola knocked out in one round. Don’t expect it to go far. No, he won’t David Price. He’ll fight Molina. I’m pretty sure about that. I think it’s a no win situation for Joshua if he fights David Price,” said Haye.

Gee, it sounds like a bunch of speculation on the 36-year-old Haye’s part in him guessing that Joshua will be fighting Molina. I don’t think Haye knows at all who Joshua will be fighting. But if he is facing Molina, then I think it’s a horrible fight, because there’s no real upside there in that match-up taking place. I mean, Molina was knocked out by WBC heavyweight Champion Deontay “Bronze Bomber” Wilder last year in June 2015 at the Barclays Center in Brooklyn, New York.

As for the Klitschko vs. Joshua fight, Joshua’s promoter Eddie Hearn says it’s going to take place in the first quarter of 2017.

“We decided with Bernd Boente [Klitschko’s promoter] let’s get this over the line now for March or April,” said Hearn to skysports.com. “Fans will hopefully get something official this week. The WBA are supposed to give their decision today [Monday] or tomorrow but I believe that is going to be positive for Anthony Joshua and Wladimir Klitschko. We’ll announce that fight for the spring and we’ll be able to give it the build-up it deserves. We’ll probably take it to a stadium as well but for now everything is fixed on December 10.”

It’s hard to get excited about a fight between Joshua and Klitschko for 2017, because by that time, Wladimir will have been out of the ring for almost two entire years. You might as well call it a cash out fight for Wladimir, because it’s insane for him to come off of a layoff like that without a tune-up or two. I don’t see the logic in coming off of a year and a half layoff to take a big fight against Joshua – or any top heavyweight for that matter – without taking a couple of tune-up fights. You see tune-ups in other divisions. Why isn’t Wladimir thinking of taking a tune-up? It gives me the impression that the fight is just a money fight rather than one for the sport of it.

I don’t agree with Haye that the Joshua vs. Klitschko fight will be a coming out party to show that Joshua is the “main man in the heavyweight division.” How can Joshua be the main man when he still hasn’t beaten Deontay Wilder, Luis Ortiz, Joseph Parker, Andy Ruiz Jr. and Alexander Povetkin? It won’t mean a thing in my mind if/when Joshua beats the soon to be 41-year-old Wladimir, who turns 41 next month. Where will Joshua be when he’s 41? Will he still be in boxing, and if so, will he be able to beat the young lions in the sport? I doubt it. I also doubt that Joshua will still be fighting. Wladimir looked dreadful in his last fight against Tyson Fury last November, and he looked equally bad in his fight before that against Bryant Jennings. You would think that Wladimir would have gotten the hint from those two fights that he no longer has it anymore. 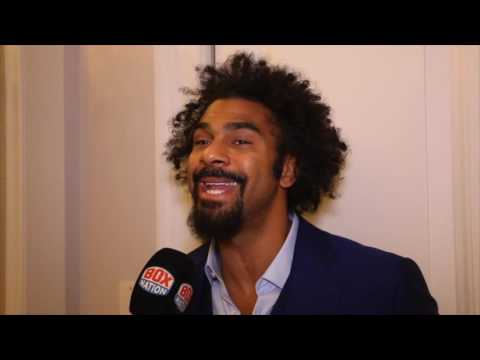 Ward: Kovalev gets frustrated when he can’t KO his opponents »