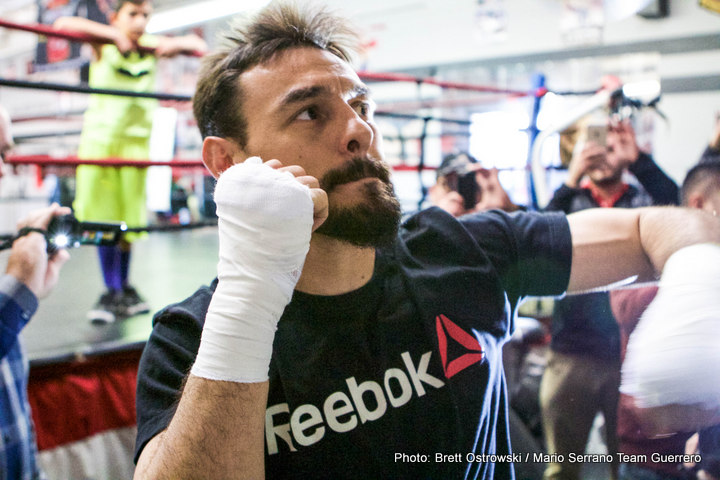 By Patrick McHugh: Welterweight contender Robert “The Ghost” Guerrero thinks it’s funny that IBF/IBO/WBA/WBC middleweight champion Gennady “GGG” Golovkin (35-0, 32 KOs) is fighting a welterweight in Kell Brook (36-0, 25 KOs) in his next fight after Golovkin had expressed disappointment in the past at former WBC middleweight champion Saul “Canelo” Alvarez fighting welterweight Amir Khan last May. Guerrero thinks that Golovkin is doing the exact same thing that Canelo did by fighting a welterweight. Guerrero says that boxing fans want to see Golovkin fight Canelo, and that’s the fight that should be happening.

What Guerrero fails to say is that Golovkin isn’t the one that is dragging his feet to keep the fight from taking place. Golovkin is ready to fight Canelo as soon as possible, but he’s being met with road blocks that are keeping the fight from taking place. Canelo’s promoters at Golden Boy Promotions aren’t interested in making the Golovkin fight until fall of 2017, and even then, it’s not a given that the two will face each other.

Golovkin will be facing Brook on September 10 at the O2 Arena in London, England. The Golovkin-Brook fight will be televised on HBO Championship Boxing in the U.S and on Sky Box Office in the UK. For a lot of fans, they took the news of Golovkin fighting Brook in a positive light, mainly because both are seen as the No.1 fighters in their weight class. It helps that Brook is seen as the number one welterweight in the division right now.

Golovkin thinks that he could wind up having to wait as long as three years from now before Canelo finally chooses to take the fight.

“He’s going to go up and fight a big puncher like that,” said Guerrero about Brook to Fighthub.com. “{Golovkin is] a tremendous boxer. His skills are phenomenal. It’s going to be a good fight. I think Triple G is too much for him, but who knows? I kind of laugh because he [Golovkin] was talking about Canelo fighting Khan, the little guy, and now he’s fighting the little guy,” said Guerrero about Golovkin fighting welterweight Kell Brook. “It’s kind of funny. I think people were hoping to see the fight, Canelo – Triple G. That’s what everyone wants to see. They don’t want to see Triple G-Kell Brook or Canelo-Khan. They want to see Canelo-Triple G. They want to see that. You give the fans what they want to see,” said Guerrero.

If you look at the Golovkin vs. Brook fight without seeing the whole picture, then yeah it does seem like that GGG is doing the same thing that Canelo did in selecting a welterweight to fight. But there are differences that make it completely different from what Canelo did. Golovkin was in negotiations previously to fight middleweight contender Chris Eubank Jr. When Eubank Jr. failed to agree to the contract, his own promoter Eddie Hearn was the one that offered Kell Brook as a replacement option for Golovkin to fight. 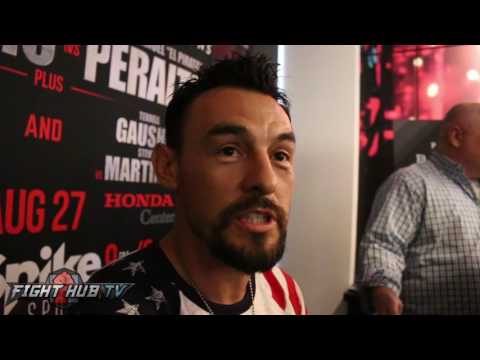 It would be the same deal that Golovkin was going to get for the Eubank Jr. fight, and there would be a lot of money involved. With the kind of money that Golovkin stands to make in the fight, it makes it a no-brainer for him to take it. Golovkin’s promoter Tom Loeffler didn’t comb the welterweight ranks, looking for a fighter for him to fight like we saw with Canelo’s promoters. Brook is unbeaten, and he doesn’t have a history of suffering knockouts the way that Khan did. Khan had been knocked out in the past twice by Breidis Prescott and Danny Garcia.

Khan had also been hurt a number of times in his career by different fighters. Brook is a lot bigger than Khan. Brook will be coming down from the 180s to make weight at 160 for the Golovkin fight. Khan needed to gain weight to fight Canelo at 155.