Brand: “Ward has no power, Kovalev knocks him out” 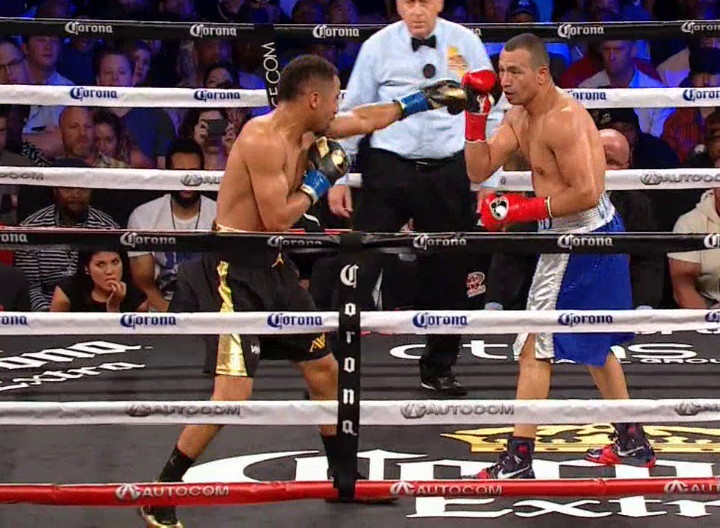 By Dan Ambrose: Alexander Brand came up short last night in losing by a 12 round unanimous decision to former super middleweight champion Andre Ward at the Oracle Arena in Oakland, California. Brand, 39, lost every single round of the fight in losing by the scores 120-108, 120-108 and 120-108. However, he came away from the fight less than impressed with the 32-year-old Ward’s punching power. In fact, Brand (25-2, 19 KOs) says that Ward (30-0, 15 KOs) has no power at all in his punches, and he feels that IBF/WBA/WBO light heavyweight champion Sergey Kovalev will beat Ward when the two of them fight on November 19 on HBO pay-per-view.

For future fights, HBO Boxing needs to be a little more selective in the type of opponents that they’re willing to give the green light to for Ward’s fights. The Ward-Brand fight arguably should have never been televised in my opinion because it was such a horrible mismatch on paper. I feel the same way about Ward’s fight against Paul Smith, but that wasn’t televised by HBO.

Last night’s fight was though, and I think HBO dropped the ball by letting this fight slip through onto their network because it was really boring due to the one-sided nature of the broadcast. The undercard of the fight was a bunch of fighters I’d never heard of before.

“He has no power. No power. You’re going to knock him out,” said Brand to Kovalev when the two of them were interviewed by Fighthype after the fight last night.

If Ward can’t come up with more power and a higher work rate than what we saw last night against Brand, then I think it’s perfectly reasonable to assume that Kovalev will be too much for him. Kovalev is bigger, stronger, taller, and has a much higher work rate. If Ward is going to try and beat Kovalev by throwing pot shots all night long, it’s not going to work. Kovalev will out-land Ward by a wide margin. With Kovalev’s superior punching power, I don’t see how Ward can win. If Kovalev is out-landing Ward by a 4 to 1 margin all night long, it’s going to be an easy win for Kovalev.

I can see the fight being a repeat of Kovalev’s wide 12 round decision win over Bernard Hopkins from 2014. I remember how a lot of boxing fans thought the 49-year-old Hopkins had a good chance of beating Kovalev due to his boxing skills and experience. However, when the two of them got inside the ring, it was clear from round one that Hopkins wouldn’t be able to match Kovalev’s punching power or his work rate. It was basically Hopkins’ single shot rifle punches being no match for Kovalev’s repeating rifle shots. Hopkins’ punching was too primitive, too much like the type of rifles you’d see during the revolutionary war in the U.S in the 1700s. Kovalev’s modern weapons were too much for the aging Hopkins. I believe it’s going to be the same way when Kovalev gets inside the ring with Ward on November 19. 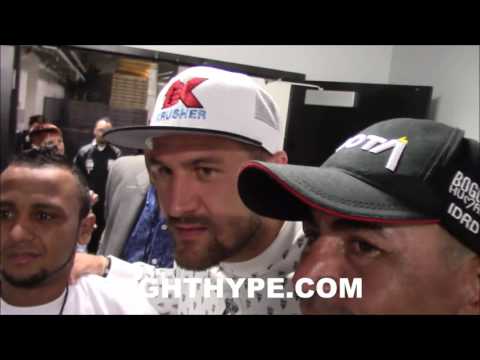 Say what you want about Ward having great boxing talent, he’s still little more than a chip off the old block of being a carbon copy of Hopkins in fighting style and with his offense. At this point, Ward can’t change his fighting style because he’s been fighting the same way since his amateur days. Asking Ward to increase his punch output times four is impossible. You can ask Ward to do that, but I don’t think he’s capable of change. He’s too old, too set in his ways, and too resistance to change.

I wouldn’t say that Ward has no punching power. He had a little bit of pop in his punches from what I could see of the fight last night. But the one thing that hurts Ward’s ability to punch is the fact that he doesn’t let his hands go nearly enough. Ward seemed only capable of throwing single shots that were spaced out 10 to 15 seconds apart.

The only time Ward would throw more than one punch was when Brand would catch him with something. Ward would then come forward and angrily throw back two or three shots. They didn’t look like hard punches though. The only time Ward was able to get any juice on his shots was when he would sit down on his shots and throw with perfect form. Those shots didn’t bother Brand at all, as he frequently smiled after getting hit.

“It’s definitely an asset,” Ward said at the post-fight press conference in talking about his boxing skills. “I’m not going to give you anything for free. If you’re going to hit me, you’re going to earn it. That’s the way it’s got to be. I’m not a punching bag. I’ve got great legs and I’m going to use them. I don’t run. I’m not a runner, but it’s about using angles and inches. When you see Floyd’s career, he moved a lot early, and then he realized that, ‘I don’t have to move like that. I’ll take a half step back and hit you, and that discourages you from throwing punches.’ I’m getting into that mode where I don’t have to move as much. I move just enough that I have to,” said Ward. 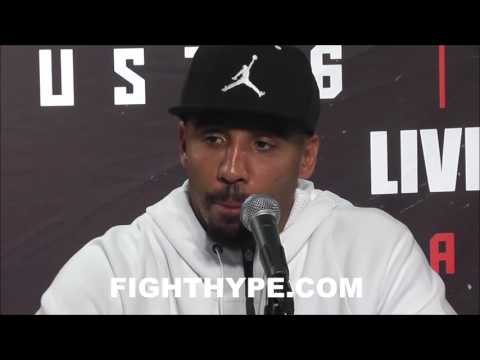 Ward didn’t move very much last night because he didn’t have to. Brand came into the fight as the B-side fighter, but he didn’t look like he was at all interested in mixing it up with Ward. There was little pressure coming from Brand in the fight for some reason. The Colombian Brand had to know that his only chance of winning the fight was for him to pressure Ward, get close to him so that he could land his big punches, and then hope that he could get a knockout. Brand wasn’t willing to do any of those things. It was not a Gennady “GGG” Golovkin type of performance from Brand. It was more of a survivalist’s type of fight from him. We saw a lot of clinching and moving from Brand. Ward didn’t need to worry about trying to escape from Brand because he felt no pressure at all in the fight. Brand wasn’t throwing any punches, and it was pretty sad fight to watch.

“You got to respect Sergey for the way he’s gotten to where he’s got,” Ward said to ESPN.com. “He hasn’t had soft touches. He wasn’t protected. And he wasn’t really pushed by the media. He’s a guy who should get more credit than he has. The winner of the fight could possibly be pound-for-pound [No. 1].”

Kovalev: I don’t see anything new from Andre Ward »