Whyte vs. Allen = War on Saturday 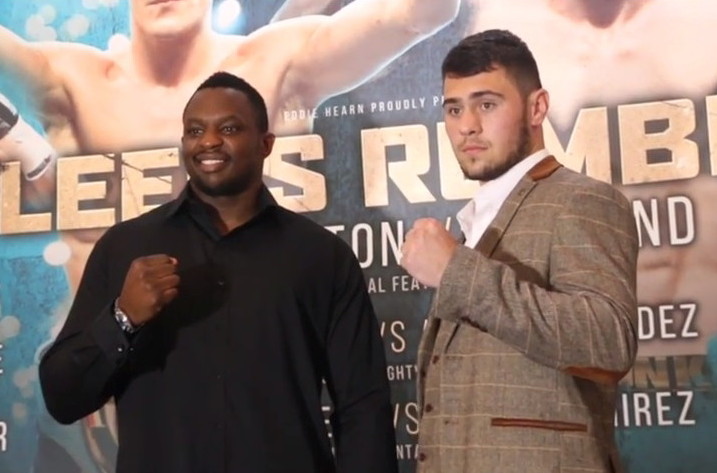 By Scott Gilfoid: Heavyweights Dillian Whyte (17-1, 14 KOs) and Dave Allen (9-0-1, 6 KOs) will be slugging it out on Saturday night in what many boxing fans see as a good old fashioned war at the First Direct Arena in Leeds. Whyte is seen as the prospect with by far the most potential of the two fighters. The only thing we don’t know about the 28-year-old Whyte is whether his surgically repaired left shoulder will return to the form he had before his surgery last December. However, even if Whyte only has partial use of his left shoulder in this fight, he’s expected to win easily.

Allen, 24, claims that he got the better of IBF heavyweight champion Anthony Joshua in sparring in the past. Since Allen is the only one saying this, it’s hard as heck to buy into what he’s saying because he’s looked so mediocre in his 10 fights at the pro level.

“I’ve boxed Joshua’s head off on several occasions,” said Allen to skysports.com. “I’ve sparred all the best heavyweights in the world, Fury, Klitschko and Joshua, and I belong at the top with those guys. Joshua himself even told me that I will be a world champion one day.”

Allen a future world champion, Joshua says? I think he was being very, very kind to Allen, because I just don’t see it. I don’t see the talent being there with Allen for him to be anything other than a domestic level fighter, and not even the best domestic level guy. I see him as just one of the pack. Allen looked terrible in his last fight against 39-year-old journeyman Jason Gavern last March. That fight was a competitive match-up apart from the rabbit punches Allen kept throwing. He eventually stopped Gavern in the 4th, but it was far from impressive stuff. Surely, if Allen got the better of Joshua, he should have been able to handle Gavern with no problems, but that’s not what happened. The fight was pretty even until the 4th round. 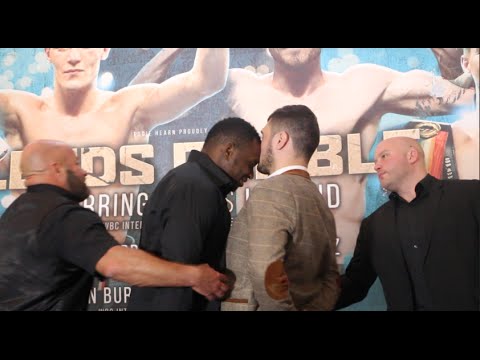 “This is the chance I’ve been waiting for and it’s my springboard to bigger things. A man like me needs this platform to showcase my skills and show what I can really do,” said Allen.

Well, if Allen can beat Whyte on Saturday, then I think it would be more of a reflection of Whyte’s left shoulder not being up to par than it would be any indication that Allen being a good fighter. I think he’s an average domestic level guys, and I can’t see him going anywhere with his career. If Whyte can’t even beat Allen, then that might be a good time for him to bow out of the sport and look for another line of work. If he can’t beat Allen, then there’s no future for him in the division. 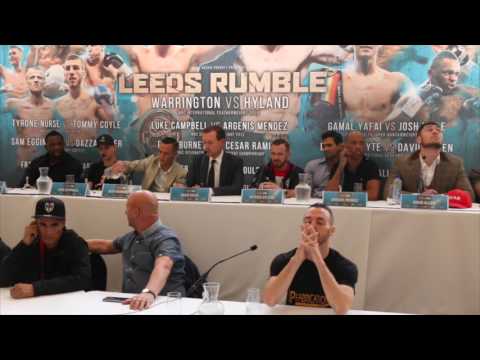 “This guy is deluded, there is not much else we can say. He says he is strong, tough and will outwork me, but he forgets that I carry bricks in both fists,” said Whyte to skysports.com.
I think this fight will be a war for as long as it lasts, but I doubt that Allen will be able to hang around long enough for it to be a good fight. I do like the Whyte vs. Allen fight a lot more than I do the main event between unbeaten featherweight Josh Warrington and Patrick Hyland. That fight figures to be a mismatch with Warrington easily winning over the 32-year-old Hyland.