Thurman, Crawford, Vargas, Garcia and Brook have it tough 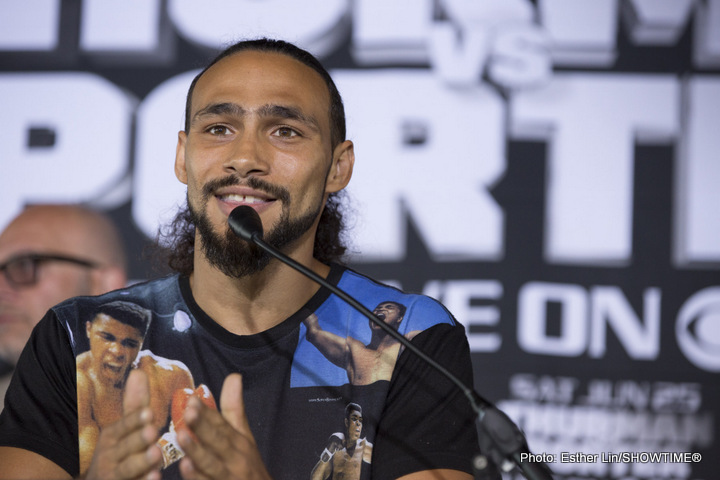 By Jaime Ortega: Unlike the Floyd Mayweather Jr. and Manny Pacquiao age, this generation of welterweights presents a wider diversity of boxing styles. Whomever comes on top in this era should rank higher than Floyd and Pacquiao’s legacy given the adversity and challenges he or them will have to overcome. We could end up with several different legends in this era and not just one.

Everyone knows who Danny Garcia, Keith Thurman, Kell Brook, Jessie Vargas, Errol Spence Jr., Terrence Crawford, Amir Khan, Timothy Bradley and Shawn Porter are, but there is another branch of less known welterweights inside the division that have the potential to defeat any top tier — the threat is growing and its real.

In May, I watched Mikhaylenko fight an unknown Zimbabwean boxer called Charles Manyuchi for the Vacant WBC Silver welterweight title. To my utter surprise Manyuchi put a clinic on the Russian and toyed with him to win via unanimous decision. I thought in my head, who in the hell is this guy? We’re about to witness serious upsets in the welterweight division. If Manyuchi trained in the United States he would tighten up his game and trouble anyone.

Thailand is the mecca of Muay Thai and since the early 90s thanks to k1 and UFC, the country has experience the rise of foreign influence. Many foreign trainers now coach boxing in Thailand. Tewa Kiram 35-0 might not have a name in the boxing world yet, but he looks sharp and has trained boxing all his life under several boxing trainers. Lighting jab (possibly the fastest jab in the welterweight division), great composure, solid defense and serious power. Watch his recent fight against Vladimir Baez who is good boxer. Kiram has fought and schooled many foreign boxers, and as I study tape of his technique and compare him with a few American prospects, I wouldn’t be surprised if beats Danny Garcia, Jessie Vargas and Errol Spence Jr. — mark my words based on technique, that dude is no joke — check him out.

Then you have Omar Figueroa, Frankie Gomez and Jose Benavidez which a lot of casuals sleep on. They can beat any top tier boxer and have the capacity to make an impact in the welterweight division. This Mexican-American trinity will mark several upsets in the division. Once again, the boxing media is not keeping an eye on these Mexican-American boxers who are well skilled and setting a blind eye on future prospects.

Freddie Roach lost his best asset the day Pacquiao hanged his gloves. But the legendary trainer has a surprise in the wildcard, his name is Tara Shelestyuk a Ukrainian boxer that is undefeated and keeps getting better every fight. He is another monster lurking the welterweight division who casual fans will recognize sooner or later. He is a great boxer. 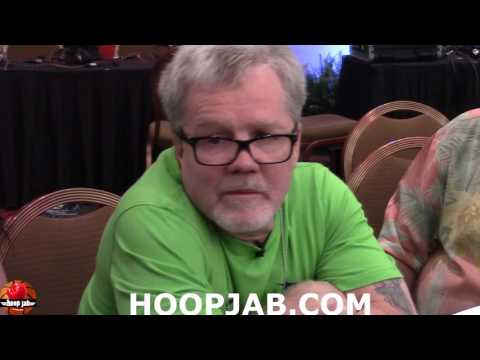 Felix Verdejo might join the welterweight division in the next few years. Verdejo is the most dangerous boxer I’ve seen. He knocks out his opponents with precise punches coming from weird angles. He is the smartest puncher in the boxing scene, especially for his age — tremendous boxer. TMT has Devin Haney who is working with Floyd Mayweather Sr. He looks good, but I am not too impressed with him yet. Verdejo looks better for now, and has a unique boxing style.

Obviously the greatest sensation in the welterweight division is Errol Spence Jr. He will fight Leonard Bundu in August. Many claim he is the next prodigy, and he looks solid. He needs to tighten up his defense a lot more before stepping with other experienced welterweights; however, he could end up becoming the next boxing Messiah. But just like any other welterweight in the division, Errol’s chances of retiring undefeated are very slim to basically impossible.

Keith Thurman, Danny Garcia, Jessie Vargas and Kell Brook will have a hard time defending all their belts. They are many young lions coming up, and they’re going to have to stop serious threats to retain all their belts. During the Floyd and Pacquiao era it was easier to duck opponents but not anymore. Danny Garcia, and Kell Brook are going to find it impossible to duck all the undefeated prospects lining for a championship title. The division is so staked with talent that every fight in 2017 will be a tough cookie to crack. They will all lose at one point.

As I stated in my previous article, despite all the hype surrounding Crawford’s last fight, he is not Floyd. He won’t retire undefeated. Casuals arrogantly claim that only Errol will stop Crawford, when in reality they are many upcoming welterweights that could beat him. He is not the only gifted boxer in the welterweight division, and he certainly not the only hungry lion. Crawford beats Errol and possibly knocks him out, but he will have a harder time with other welters because his defense is suspect and they are enough welters to expose his weakness.

With the current top tiers and the rise of many other undefeated welters, we are about to witness one of the best epochs in boxing. No boxer will dominate, some will have fewer loses than others, and we will witness many upsets coming from new upcoming boxers. Casuals need to start looking beyond the top tiers in the welterweight division and raise their boxing awareness.

Khan: Canelo weighed 187 when he fought me »