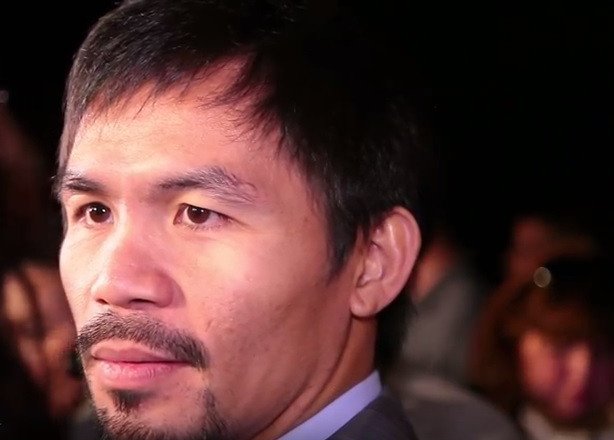 By Allan Fox: Top Rank promoter Bob Arum already has two guys in mind for his star money fighter Manny Pacquiao (58-6-2, 38 KOs) to pick from for his next fight this year. Arum says that WBO 140lb champion Terence Crawford (28-0, 20 KOs) and WBO 147lb champion Jessie Vargas (27-1, 10 KOs) are two potential opponents that they’re looking at for Pacquiao’s next fight, which will take place in late October or early November.

Pacquiao and his adviser Michael Koncz will be the one that make the decision about who he faces. It has to be someone that makes sense in terms of popularity.

Pacquiao and Arum made a mistake in their last fight match-up by choosing Tim Bradley as the opponent last April. They misjudged the fan interest in a third fight between these two fighters.

It’s an understandable mistake, because the first two Pacquiao-Bradley fights brought in an average of 800,000 PPV buys. When you look at those respectable numbers, it made sense for them to assume that the fight fans would want to see a third fight between Pacquiao and Bradley. They were wrong, and the fight bombed on HBO PPV.

If Pacquiao fights Vargas or Crawford, there would be the potential for another fight that bombs as well, especially if Vargas is the opponent. That’s not a PPV worthy fight in my view.

“Manny wants to come back,” said Arum to ESPN.com. “Michael [Koncz] said Manny definitely wants to fight against before the end of the year.”

Crawford, 28, can increase his chances of getting the Pacquiao fight if he looks good in beating WBC light welterweight champion Viktor Postol in their fight this month on July 30 on HBO PPV at the MGM Grand in Las Vegas, Nevada. It’s probably more than just Crawford looking good in that fight. He’ll likely need to bring in a respectable amount of PPV buys on HBO for him to be seen as a viable option for Pacquiao.

It doesn’t make sense for Pacquiao to fight Crawford if his fight against Postol only brings in less than 100,000 PPV buys on HBO. At this point, they might be lucky if even 50,000 fans purchase the Crawford vs. Postol fight on PPV, because there is absolutely no buzz at all about that fight in the boxing community. If you look at the boxing forums and in the social media sites on the net, there isn’t much interest in the Crawford-Postol fight.

“Arum said that if Pacquiao fights Crawford, he might go down to 140 pounds to challenge for Crawford’s title,” said Dan Rafael of ESPN.com.

It’s hard to see Pacquiao vs. Crawford as being a good option for PPV sales. It would be better for Pacquiao to fight someone that has a national fan base in the U.S like Danny Garcia, Keith Thurman or Errol Spence Jr. Fighting Crawford wouldn’t work because he’s mainly just popular with a segment of the hardcore boxing fans and in his hometown of Omaha, Nebraska. It would help Arum if Pacquiao fights Crawford, because it would make Crawford a bigger name, but it wouldn’t do much for Pacquiao. A fight against Vargas would likely bomb badly on PPV. If Pacquiao makes the mistake of choosing Vargas as his opponent, then he may regret doing it.

Ideally, Pacquiao should look to fight a non-Top Rank fighter so that he can get someone really popular. Adrien Broner was ruled out for the Pacquiao comeback fight because he asked for too much money reportedly. Top Rank shouldn’t give up and try and stick Pacquiao with an opponent that won’t sell like Crawford or Vargas. Pacquiao needs to maximize his earnings for each fight, and the only way to do that is to fight the very best opponent that has a fan base in the entire U.S, not just in the city that they’re from. Omaha, Nebraska, the city where Crawford has a fan base, has a small population of just 600,000 people. Pacquiao needs a big city fighter that has a lot of fans going for them.

Floyd Mayweather Jr. should be the guy that Arum is going after for Pacquiao’s next fight. If not him, then someone like Miguel Cotto or Saul Canelo Alvarez. Those would be big fights for Pacquiao.