By Jeff Aranow: WBO junior middleweight champion Liam “Beefy” Smith (23-0-1, 12 KOs) is coming into his fight against Saul “Canelo” Alvarez (47-1-1, 33 KOs) with an eight-fight consecutive knockout streak going over the last three years, and he plans on making the 25-year-old Canelo knockout No.9 in a row when the two of them start trading blows on September 17 at the AT&T Stadium in Arlington, Texas.

The 27-year-old Smith isn’t just coming down to the U.S to hand his WBO 154lb title over to the Mexican Canelo in a ceremonial passing of the belts. Smith wants to go home with his WBO title after taking Canelo’s scalp. It’ll be a fine scalp for Smith to add to his collection. He can put that one along with his pelts from the likes of John Thompson, Predrag Radosevic, Jimmy Kelly and Jason Welborn.

“I have asked for a top name for a very long time and when Canelo’s name came to the table it was an automatic ‘yes,’” said Smith during Monday’s kickoff press conference at AT&T Stadium in Arlington, Texas. “We are coming very prepared for this fight, and I’m coming to win.”

Smith is possibly the best body puncher that Canelo will have ever faced during his career, because the other guys that he’s fought have mostly been head hunters. The Mexican fighters that Canelo dined on earlier in his career were too weak and unskilled to be much of a threat to going after his body.

You can argue strongly that Canelo padded his resume in his first 42 fights of his career. It wasn’t until his fight against Austin Trout in 2013 where he fought his first quality operator. Canelo beat Shane Mosley before that, but it was a very, very, old version of Mosley and not the prime version.

Even in Canelo’s six fights since the Trout fight, he’s taken on three soft opponents in Amir Khan, James Kirkland and Alfredo Angulo. of the three good fighters that Canelo has faced, he appeared to lose to Erislandy Lara, he lost to Floyd Mayweather Jr., and his fight against Miguel Cotto was close enough for many boxing fans to see it as either a draw or a close decision win for Canelo.

“You have Canelo Alvarez, who is only getting more and more powerful with each of his devastating victories,” said De La Hoya.

The devastating knockouts that De La Hoya talks about are Canelo’s stoppage wins over Kirkland, Angulo and Khan. Those were three weak opponents and not the quality guys from his own division. Angulo and Kirkland were both guys that had seen better days at the time that Canelo fought them, and both had to take off a ton of weight to get down to fighting weight.

Just why Golden Boy Promotions selected them to fight Canelo is anyone’s guess. It doesn’t make any sense that they were chosen for Canelo, because neither of them have been relevant for some time. The decision for Golden Boy to match Canelo against Kirkland and Angulo was late in the game for those guys for the move to have made sense. If Golden Boy had pulled the trigger on those fights six to seven years ago when Kirkland and Angulo were both fighting at a high level, it would have been decent fights.

The matching of Canelo against welterweight Amir Khan was just wrong. That was just bad match-making, at least for Khan. You’re talking about putting a hulking 180+ pound middleweight in Canelo in with a former lightweight by matching him against Khan. It wasn’t even a fair fight. At least with Gennady “GGG” Golovkin, he’s fighting a guy that out-weighs him in welterweight Kell Brook. Don’t ask me how Brook has been able to melt down to 147 all these years. That’s his thing. I don’t know how or why he’s done that. The guy should have moved up to middleweight years ago. If Brook didn’t want to move up to middleweight, then definitely he should have already moved to junior middleweight.

Smith has the body punching ability to win this fight against Canelo if he can handle the big shots that he’ll be getting hit back with in this fight. Smith will need a good chin and the ability to pick off some of Canelo’s more harmful blows if he wants to win the fight. 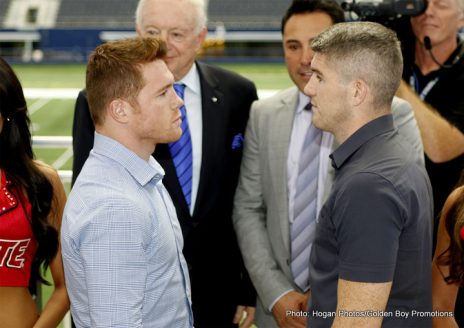 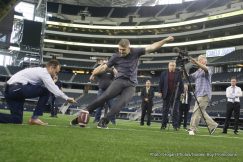 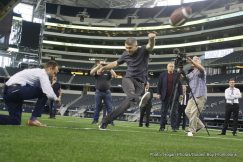 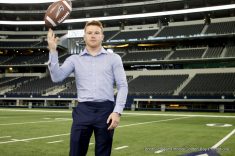 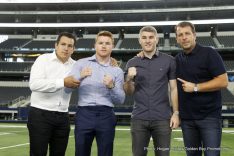 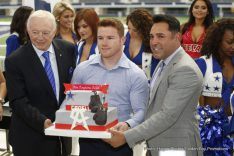 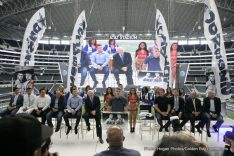 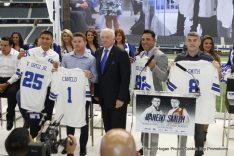 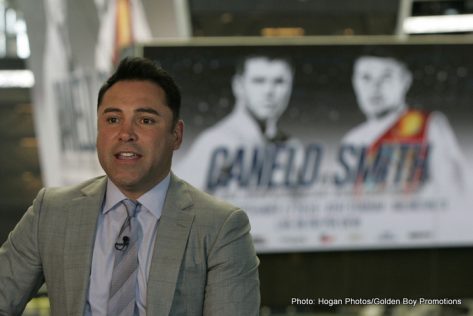 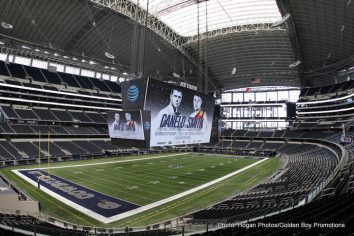 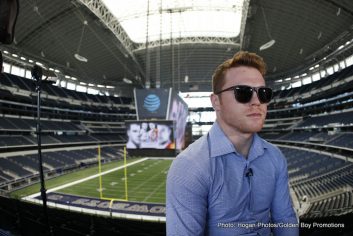