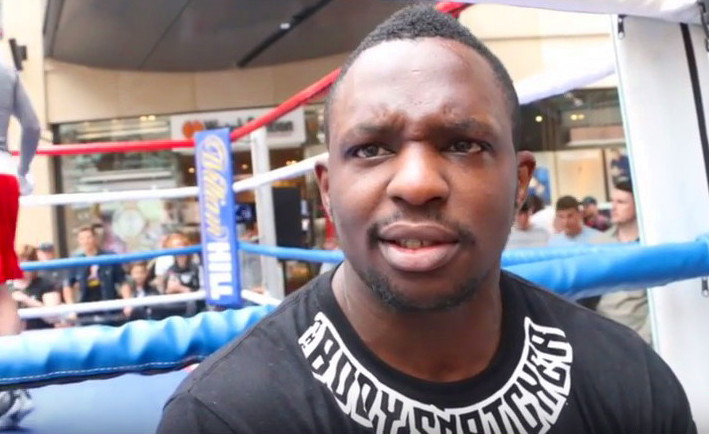 By Scott Gilfoid: This Saturday night on July 30, British heavyweight Dillian Whyte (17-1, 14 KOs) will be facing unbeaten but totally untested 24-year-old Dave Allen (9-0-1, 6 KOs) for the vacant WBC International heavyweight title at the First Direct Arena, in Leeds. These two heavyweights have a lot of bad blood between them due to the trash talking that they’ve done.

On Saturday, they can finally settle things once and for ll to determine which of the two is better. Whyte, 28, is widely considered to be the far better of the two. However, Whyte’s recent shoulder surgery on his left shoulder has left him essentially a one-armed fighter since coming back from surgery last June against Ivica Bacurin.

Whyte stopped Barcurin in round six, but he fought almost the entire fight using his right hand. Whyte’s left hand was pretty much unused and useless by his side. It’s now been seven months since Whyte’s successful surgery on his left shoulder, and it’s unclear whether he’ll ever be able to punch with that arm like he used to before suffering the injury.

Whyte’s left shoulder problem dates back to before his fight against Brian Minto last September in 2015. Whyte went ahead and fought Anthony Joshua with his shoulder problem still there, and he was only able to use his left hand for the first two rounds of the fight before hurting it even worse.

“My sole purpose is to seek and destroy,” said Whyte to IFL TV. “A win over Dave Allen doesn’t say anything about me. It just shows that I’m above him. There’s me going there and bashing Dave Allen’s head in. I’m going to put someone to sleep; a KO late, mid-fight. He’s going to come to fight. There is no chance this guy is going to outwork me. The fight might go long, but his eye might be out there, his nose might be busted up. He’s got one of the biggest punchers in the world hitting him for 10 rounds. He’s nervous. He’s putting on a front. When I get in there and start punching him in the face, then we’ll see. He thinks he can set an amazing pace. Dave Allen means nothing to me. He doesn’t bring no value. He doesn’t bring anything. I’ll bust him up all day long. I want to move up to the world level,” said Whyte. 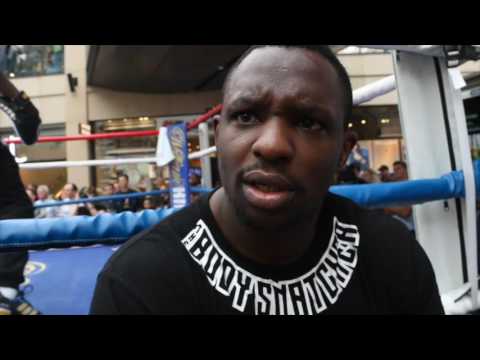 When asked about Dereck Chisora about a potential fight in December, Whyte said, “Whether Dereck will take the fight is a different story. He says he will. He says, ‘I’m a dog.’ If he’s a dog, then he’ll show up and fight.”

Allen, 6’3”, defeated journeyman Jason Gavern by a 4th round stoppage last March. That was the biggest win of Allen’s four-year pro career, and it’s gotten a lot of British boxing fans excited, thinking that Allen could someday make a big mark in the sport. I saw the same fight as everyone did in watching the Allen vs. Gavern contest, and I was totally unimpressed with Allen. He looked mediocre, barely better than the out of shape 39-year-old Gavern.

It was a very, very competitive fight, and it shouldn’t have been if Allen was a good fighter. If Gavern was eight or nine years younger, I think he would have easily beaten Allen. People don’t realize that Gaverne was a pretty decent fighter when he was younger. The guy wasn’t a pushover. He had some talent, and I think he was a far better fighter than Allen is now. Allen threw a lot of rabbit punches against Gavern that seemed to help him get the better of the older. I’m not sure why the referee Howard John Foster didn’t step in and disqualify or take points off from Allen for the rabbit shots, because those are dangerous punches. I saw Allen throwing a ton of rabbit punches in the fight. 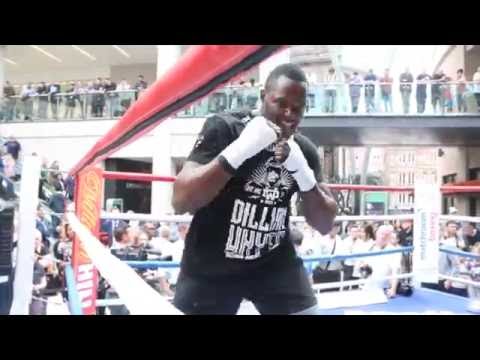 Interestingly enough, Foster did take two points away from Gavern for holding in the fight. That was weird, because Gavern wasn’t holding that much. So he lost two points for holding while Allen was able to throw rabbit punches without getting penalized. I think the referee did a poor job in that fight.

Whyte is good enough to beat Allen with just one hand on Saturday. It doesn’t matter if he still can’t use his left hand. I see Allen as little more than a Gavern-type talent, and I’m talking about the 39-year-old version of Gavern.

Prediction: Whyte wins by TKO in round four. Allen is too limited, too basic, and too easy to hit.