Martirosyan was wrongly docked a point for throwing a punch on the belt-line in the 11th round. Referee Vic Drakulitch blew the call by counting it as a low blow. It’s unfortunate that a bad call should come in a crucial round like that, but that’s boxing. The point deduction helped Lara, was starting to struggle at the time.

In the 4th, Lara suffered a large bruise on his forehead from a clash of heads. The two fighters frequently banged heads while attempting to punch. This was a product of Lara being a southpaw and Martirosyan fighting out of the orthodox stance.

Martirosyan had success when throwing to the body. His problem was he waited too long in many of the rounds to land his shots. Instead of attacking Lara nonstop as Saul Canelo Alvarez had done in 2014 in his win over him, Martirosyan stood around on the outside much of the time and let Lara pick him off with head shots. Martirosyan fought a poor fight.

Lara used a lot of movement in the last four rounds of the fight to keep from getting hit by Martirosyan’s body shots. In the 12th, Lara showboated and moved constantly to coast. He didn’t seem to care that he was losing the round because he had a wide enough lead to win the fight.

Lara and Martirosyan fought each other four years ago in 2012 in a fight that ended in a 9th round technical draw. Having a rematch take place made sense, but not in 2016. Martirosyan is no longer a highly ranked fighter at this point in his career. He’s been beaten since by Jermell Charlo and Demetrius Andrade. Instead of having this rematch take place, it would have been nicer to see Lara fight a relevant contender and/or champion like Austin Trout, Jermell Charlo, Jermall Charlo, or Demetrius Andrade.

Lara is a good fighter, but his fighting style is very hard on the eyes. He’s arguably the opposite of Gennady Golovkin in terms of excitement. If you like watching movement, holding and pot shotting, then Lara is your cup of tee.

Lara likely won’t ever get a second shot at fighting Canelo. If Lara’s fighting style was more crowd-pleasing, and if he had a large fan base, then he would probably get a second fight against Canelo. The problem that Lara has is he doesn’t have an exciting fighting style, and he lacks the fan base in the U.S to get guys like Canelo or even Golovkin to fight him. For that reason, Lara is going to be stuck fighting guys like Martirosyan, who is recognizable to hardcore boxing fans but who isn’t a a big name. 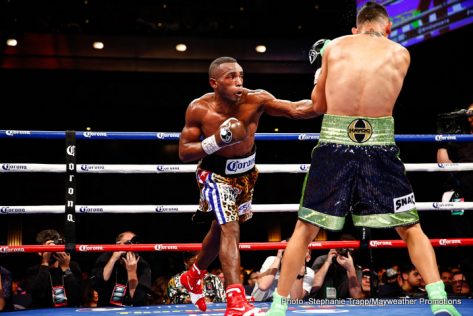 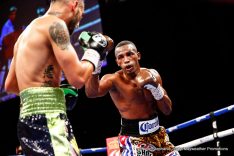 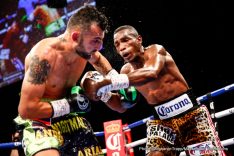 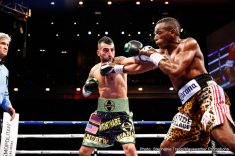 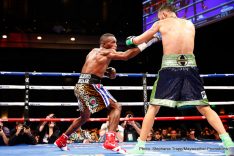 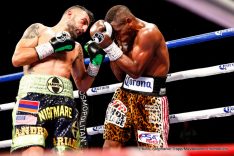 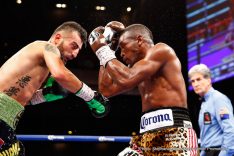 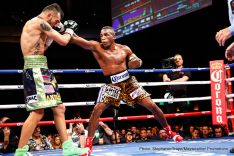 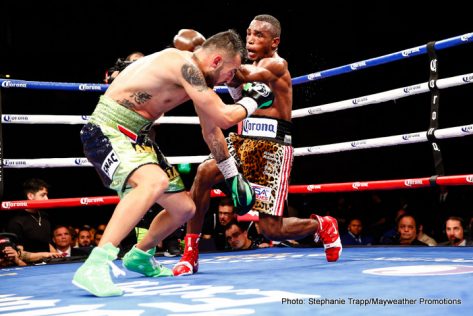 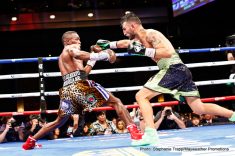 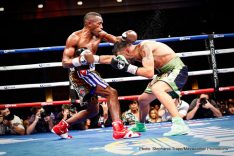 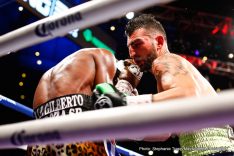 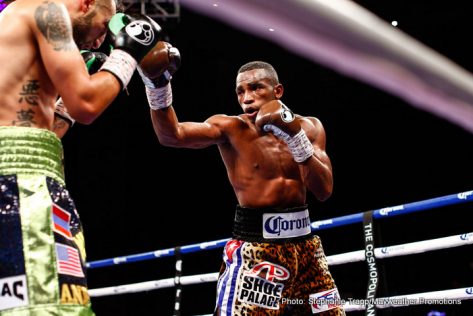 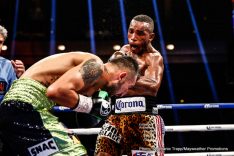 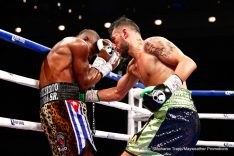 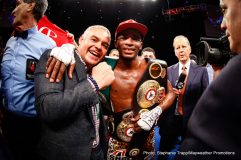 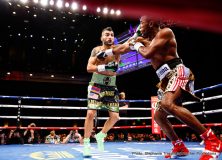 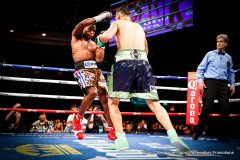 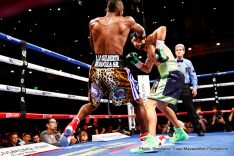 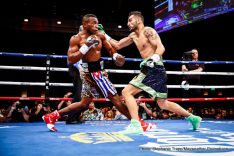 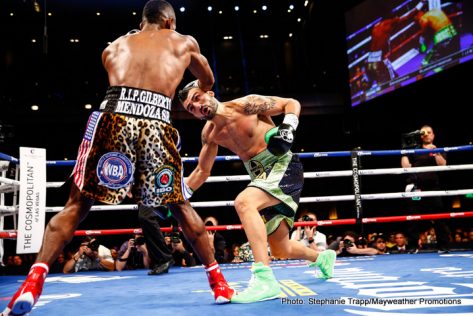 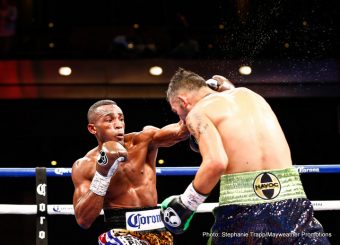 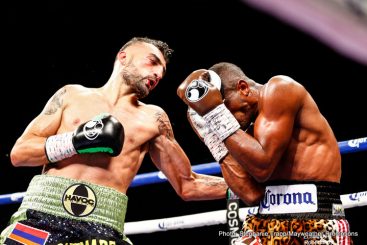 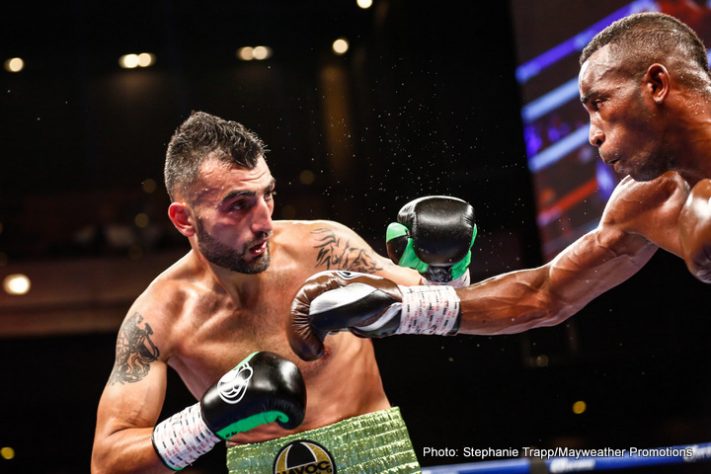 Shumenov stops Wright in 10th round »