By Jeff Aranow: Unbeaten but badly flawed welterweight Dusty Hernandez-Harrison (29-0-1, 16 KOs) fought to a 10 round draw against Mike “The Silent Assassin” Dallas Jr. (21-3-2, 10 KOs) tonight at the DC Armory in Washington, DC.

Hernandez-Harrison was loading up on everything he threw, but he was getting hit hard by Dallas, who fought well and arguably deserved the victory.

Featherweight Orlando Del Valle (21-2, 15 KOs) defeated Thomas Snow (18-3, 12 KOs) by a tough eight round unanimous decision by the scores of 76-74, 76-74 and 76-74. There was a load of fouling from Snow that should have led to point deductions, but the referee chose to let the fight play out without stepping in to take points off.

Snow was knocked down in the 2nd and 3rd rounds by big shots from Del Valle. It was a decent fight during the last two rounds of the contest with both guys having their moments. 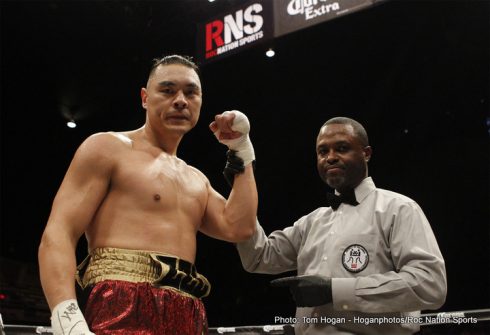 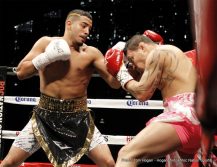 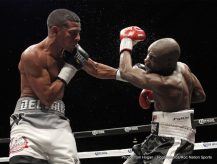 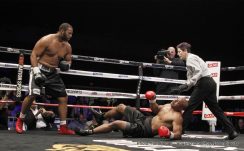 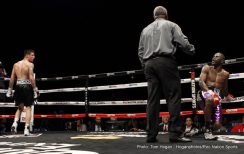 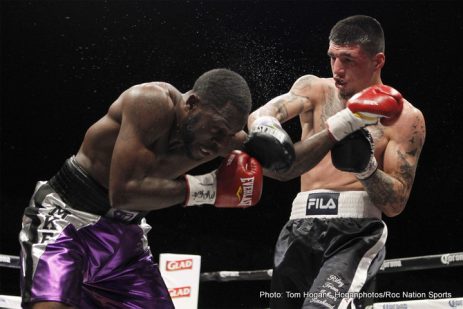 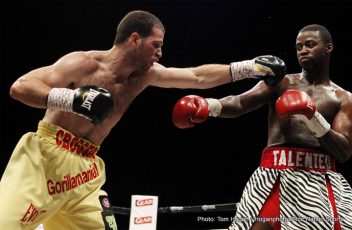 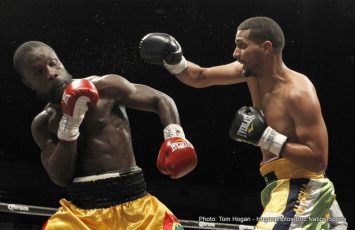 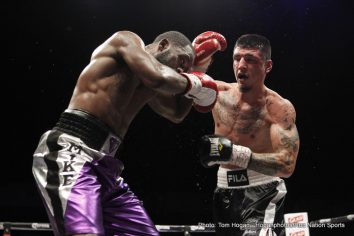 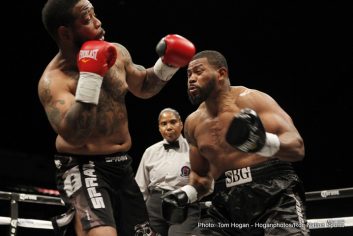