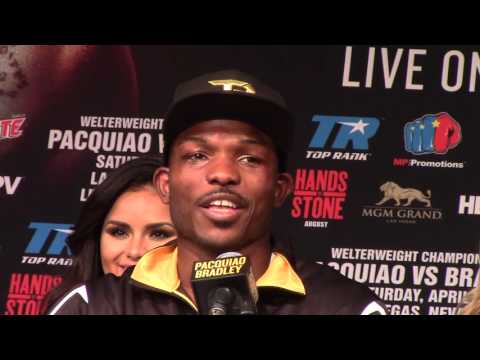 While boxing fans were hoping that Pacquiao could continue his pro career and look to face other notable fighters, Pacquiao confirmed after the fight that he’s retiring from the sport. Pacquiao did say that he could come back at some point in the future if he changes his mind. But for now, Pacquiao wants to go back to the Philippines and help the people as a senator if he gets elected next month in the May elections in his country. Pacquiao beat Bradley by the scores of 116-110, 116-110, and 116-110. Those scores were too generous for Bradley. He might have won one round at best.

My heart is 50-50 (about fighting again). Right now my decision is to retire,” said Pacquiao. “Yes, as of now I am retired. I am going to go home and think about it, but I want to be with my family. I want to serve the people [of the Philippines].”

If Pacquiao did return to the ring, it would only make sense for him to fight the winner of the May 7 fight between Saul “Canelo” Alvarez and Amir Khan or possibly Floyd Mayweather Jr. if he decided to make a comeback. Other than those guys, there’s really no one else that would be worth it for Pacquiao to fight.

Pacquiao’s promoter Bob Arum is interested in having him fight Canelo, but we’re not sure if that was legitimate interest. Arum might have been just name dropping Canelo’s name to try and drive pay-per-view sales to the Pacquiao-Bradley 3 fight last Saturday night. It’s no secret that the interest in that fight was low with the boxing fans.

If Arum is interested in matching Pacquiao against Canelo, it would still be a hard fight to put together because it would require both Canelo and his promoters at Golden Boy Promotions to agree to the fight. Both have been quiet on the idea of fighting Pacquiao. That would suggest that there’s not much interest in taking that fight.

It would be a really hard fight for Canelo because he’s slow of foot, and Pacquiao would be able to nail him with straight lefts all night long without Canelo having the reaction time to block the punches. I think it would be an easy fight for Pacquiao. Golden Boy Promotions CEO Oscar De La Hoya would be risking his golden goose Canelo getting plucked clean if he put him in with Pacquiao. I don’t think De La Hoya wants that fight, because he seems to be matching Caneo up against only sure thing opponents since his loss to Mayweather in 2013.

Pacquiao knocked Bradley down in the 7th and 9th rounds. The knockdown in the 9th looked Pacquiao had hurt Bradley because it sent him down on his back. 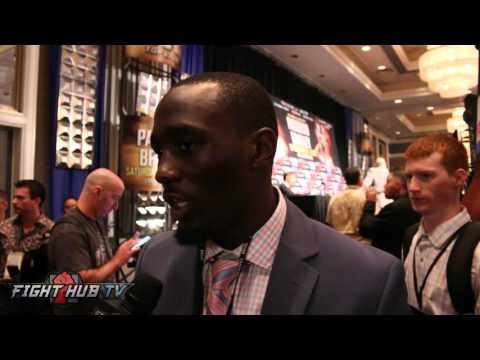 “Yeah, he caught me good on that one. He’s just very quick and very explosive. Great reflexes, and it is hard to defend. Congrats to Manny,” said Bradley.

Bradley was fortunate to survive that knockdown because a younger version of Pacquiao would have obliterated him at that point. The 37-year-old, one-armed Pacquiao we saw out there last night couldn’t do the job. He only had his left arm working for him in this fight, and he couldn’t finish Bradley with just that arm working.

You cannot blame Pacquiao for retiring. He’s already accomplished all he can in the sport. If he were to continue his career, his promoter Bob Arum would likely try and get him to face other fighters in his stable like Terence Crawford and Jessie Vargas. It’s so predictable what Arum would be doing. Pacquiao would get stuck fighting all of Arum’s Top Rank stable fighters that need a boost from someone like Pacquiao turn them into stars.

If Pacquiao would Crawford and Vargas, he’d then likely be asked to fight another one of Arum’s fighters in Jose Ramirez. We saw him last night struggle to beat journeyman Manuel Perez. If Top Rank fighter Oscar Valdez was big enough to fight Pacquiao, we’d like see him put in with Pacquiao as well. None of these fights would bring in a lot of PPV buys, just as last nights’ fight likely brought in low PPV sales. The guys that boxing fans want to see Pacquiao fight are outside of Arum’s Top Rank stable. The fans wanted to see Pacquiao fight Keith Thurman, Danny Garcia, Amir Khan, Adrien Broner, Shawn Porter and Saul “Canelo” Alvarez. Instead, they got stuck seeing Pacquiao fight Bradley again. That’s why you can’t blame Pacquiao for retiring.

If Pacquiao continued fighting with his career, he’d likely be put in with Crawford, Vargas and Ramirez in succession. If Bradley was still around after those fights, he might be trotted out for another fight against Pacquiao. In other words, there would be nothing interesting for Pacquiao other than helping Arum out fighting his guys that don’t have huge fan bases.

“Manny was very strong in there. Very heavy punches. He was also very patient,” said Bradley. “I wasn’t professional enough to stay patient myself, and I walked into shots.”

The problem was Bradley was too economical with his punches, as he spent way too much time moving and not enough time throwing shots. Bradley appeared to have put too much muscle on his upper body in training for this fight. He was slower, too bulky, and not as fast as he was in his first two fights with Pacquiao.

Bradley might have over did it in training for the fight. He needed to focus on speed and punch output. Instead, it looks like he bulked up to try and get big enough to score a knockout over Pacquiao. That wasn’t going to work because Bradley has already shown in the past that he’s not able to generate punching power by bulking up. He did get a knockout in his previous fight against Brandon Rios, but that was by going to the body of the out of shape Rios, who came into the fight at 170 pounds on the night of their fight last November.

“I was looking for a knockout in every round,” Pacquiao said. “He’s a very tough fighter and a very good counter-puncher. Bradley is a good boxer, a great fighter and a good man. It was not easy tonight, [but] my right shoulder was fine. It gave me no problems.”

It didn’t look like Pacquiao’s right shoulder was fine. It looked like he couldn’t use. Having seen other fighters like Jeff Lacy come back from rotator cuff surgery on his left shoulder, he was still able to use it after surgery, albeit without much power. But in the case of Pacquiao, he only rarely used it in the fight last night against Bradley.

« Liam Smith to fight on June 4

Can Arum get Golovkin to fight Gilberto Ramirez? »