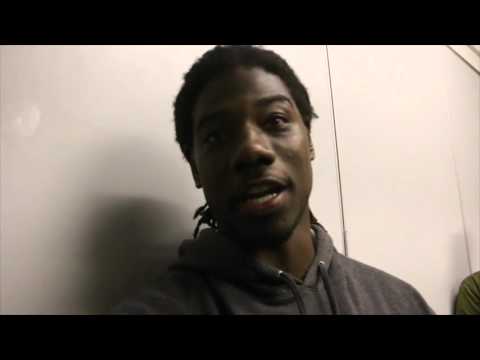 By Scott Gilfoid: IBF heavyweight champion Charles Martin (23-0-1, 21 KOs) doesn’t think too highly of challenger Anthony Joshua’s Olympic credentials from the 2012 London Olympics. In fact, Martin believes that the 6’6” British Joshua was given a gift gold medal in that Olympics due to him being the Londoner fighting in front of what appeared to be a large crowd of British fans.

Having seen the 2012 Olympics, myself, I must agree with Martin. I thought Joshua should have been eliminated from competition straightaway in his first match against Cuba’s Erislandy Savon, who appeared to get the better of Joshua throughout the fight. The scoring was just nonsensical in my view, as I saw Savon landing head-snapping shots with the white portion of his gloves repeatedly and he wasn’t consistently being given points.

Joshua ended up winning that fight 17-16 score. I had Savon winning 30-10. I didn’t have close at all. Savon was ringing Joshua’s bell all night long in that fight, but the judges weren’t giving him any credit for his head-snapping shots against the wide open Joshua.

I also felt that Joshua was beaten by his other three Olympic opponents Roberto Cammarelle, Ivan Dychko, and Zhang Zhilei. Cammarelle and Dychko really did a job on Joshua, and found themselves losing. I had both guys winning easily against Joshua. I thought Zhilei from China won a close decision over Joshua. I thought he was robbed.

The most one-sided fight of the Olympics for Joshua in terms of him appearing to lose was in his fight against the Italian Cammarelle. That was pretty one-sided and even the fans booed the decision. When you get a big pro Joshua crowd booing the decision, what does that tell you? I thought it was very, very controversial Joshua, the home fighter, winning the Olympic gold medal. 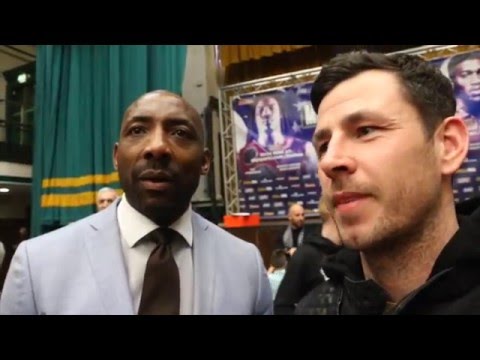 I know if it was me that won a gold medal in that fashion, I wouldn’t even accept the medal. I would shake my head when they attempted to give me the medal on the podium and leave it on ground if they insisted on putting it around my neck. But that’s me. I wouldn’t feel comfortable winning a gold medal that I didn’t think I deserved, especially if I was fighting in front of my own fans.

“He [Joshua] didn’t really win that gold medal. I’ve seen all those fights. They babied him through it because it was in London and he’s from London,” said Martin about Joshua’s 2012 Olympic gold medal via skysports.com. “He was gifted it. Go watch it. If he came up against a southpaw they’d spark him out. I’m going to love that [destroying the hype]. I’m sorry y’all.”

Yeah, I think totally agree with Martin. I thought Joshua was given a gift gold medal in the 2012 London Olympics. It’s too bad. When you compare Joshua’s performance in the 2012 Olympics with that of Audley Harrison in the 2000 Olympics in Sydney, it’s like night and day. Harrison dominated all of his opponents in winning a gold medal. There wasn’t one close fight. Harrison was dominant.

Fortunately for Harrison, he didn’t have any good opponents to fight in that Olympics, so you have to factor that in to the equation when you look at him winning the gold medal. It’s one thing to win a gold medal without controversy fighting highly talented fighters like Deontay Wilder, and it’s another thing winning a gold medal against the guys Audley fought in the 2000 Olympics.

Here are the fighters that Audley Harrison beat to win his Olympic gold medal in 2000 in Sydney:

Audley definitely dominated the competition he faced in the 2000 Olympics in Sydney, but look at the mediocre opposition he faces. I mean, none of those fighters went on to do anything at the pro level. If Audley had faced the opposition that Joshua fought in the 2012 Olympics, I think Audley would have lost all four of his fights. There were some very talented fighters in the 2012 London Olympics in the super heavyweight class.

Joshua and Charles Martin will be facing each other this Saturday night on April 9 on Sky Box Office from the O2 Arena in London, UK. Like in the 2012 London Olympics, Joshua will be the home fighter with the crowd totally on his side. However, this is a 12 round fight, not a four-rounder, and the 6’5” Martin is a southpaw with great counter punching ability. In other words, Martin is the type of fighter that makes his opponents pay for their mistakes when they throw wild shots or even when they throw calculated shots.

Martin, 29, makes sure that he fires back his power shots immediately with deadly aim. Martin is one of those fighters who DOES NOT MISS with his punches. He’s dead on with his shots, and the fact that he’s a southpaw makes him even more dangerous to someone like Joshua. We saw in Martin’s last fight against Vyacheslav Glazkov how he was able to blast the Ukrainian fighter out quickly in just three rounds. Martin’s shots were so powerful that Glazkov suffered a leg injury in the process.

Joshua is going to need to be very disciplined in this fight if he doesn’t want Martin to destroy him straightaway. This means that Joshua cannot afford to fight like he’s fought in the first 15 fights of his career by just mindlessly brawling. That kind of style works when your facing guys like 47-year-old Matt Skelton, Gary Cornish, Dillian Whyte [injured at the time he fought Joshua], Michael Sprott, Raphael Zumbano Love, Jason Gavern, Matt Legg, Denis Bakhtov, Konstantin Airich, Hector Alfredo Avila, Dorian Darch, Hrvoje Kisicek, Paul Butlin, and Emanuele Leo. Sadly, these are the fighters that Joshua has fought since he turned pro.

I think Martin is going to wear Joshua down on Saturday night with his power, and superior stamina and get a knockout late in the fight. Joshua has had no preparation in fighting longer fights due to the soft match-making done for him by his promoter Eddie Hearn.