Will Pacquiao continue his boxing career if he loses election? 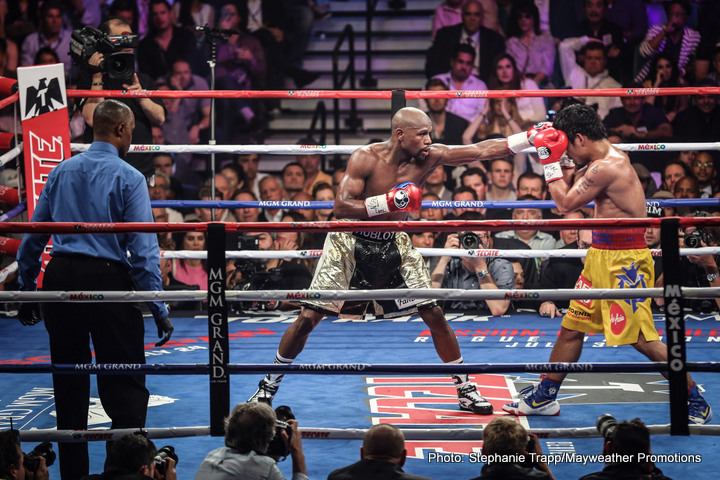 By Chris Williams: Manny Pacquiao is saying that his next fight on April 9 against Tim Bradley will be his last fight of his career. Pacquiao is retiring specifically so that he can go into politics in the Philippines.

Up until recently, it looked like Pacquiao was in a good position to win a senate seat in the May elections in his country. However, with Pacquiao’s recent comments about gays, his chances of winning the senate seat is now unclear.

The question now remains is whether Pacquiao will continue his pro boxing career if he loses the election in May.

It might be a good idea for Pacquiao to announce to the boxing public that he plans on continuing his pro career if he loses the election. At least by making that move, Pacquiao might be able to increase the amount of pay-per-view buys the fight brings in. I think boxing fans have a hard time getting interested in a fight when they see it as the last fight of a fighter’s career.

Even a great star like Floyd Mayweather Jr. saw his PPV numbers drop off in a major way for his last fight against Andre Berto last September. If Mayweather hadn’t told the boxing fans that he would be retiring after the fight, then I think his fight against Berto would have brought in good numbers, possibly as high as 1 million buys.

There was interest there in that fight, but Mayweather made a mistake of letting the fans know that he would be retiring. Pacquiao needs to tell the boxing world that he’s not sure if he’ll be retiring or not, because he might not get elected in May. If Pacquiao doesn’t win the election, then there’s no reason for him to retire from the sport.

If Pacquiao loses the election and continues his career, then he’s going have a number of fights available to him.

Here are the fights I can see his promoter Bob Arum arranging for him:

I purposely selected only Top Rank fighters because those are the only guys I see Arum interested in putting in with Pacquiao. I see Arum going strictly in house with whatever fights that Pacquiao has remaining. That means we’ll almost surely see Pacquiao fighting Crawford, Vargas and Verdejo. Those three are the neediest for a fight against Pacquiao in Arum’s stable. But we could also see Bradley trotted out again for another Pacquiao fight if their fight on April 9 brings in a lot of PPV buys. I can’t see Arum resisting yet another fight between them.

Canelo says he’d have plan A, B and C for Pacquiao fight »