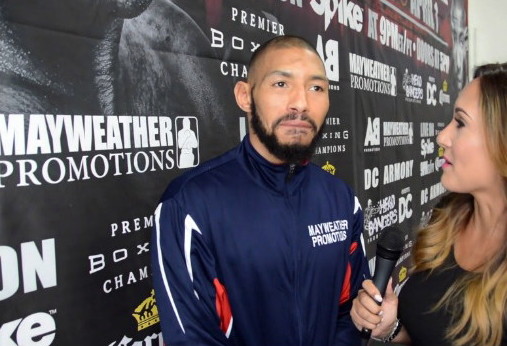 By Jeff Aranow: Ashley Theophane (39-6-1, 11 KOs) isn’t concerned with fighting someone out of his depth in his bout against WBA Super light welterweight champion Adrien “The Problem” Broner (31-2, 23 KOs) on April 1 at the DC Armory, in Washington, District of Columbia.

Theophane, 35, notes that Broner, 26, has been beaten before in the past. He’s struggled against a number of fighters during his career. Above all, Theophane says he’s not fighting Floyd Mayweather Jr. or a fighter with similar talent. He’s facing a flawed fighter that has been exposed a number of times during his career by good but not great fighters.

Marcos Maidana and Shawn Porter both beat Broner. Those guys are good fighters, but far from great.

Broner is definitely a flawed fighter. He does good against the B-level guys, but he struggles when he steps it up against better fighters. Besides Broner’s losses to Porter and Maidana, he also had a lot of problems against Emmanuel Taylor, Paulie Malignaggi and Daniel Ponce De Leon. A lot of boxing fans believe that Broner deserved a loss in the Ponce De Leon fight in 2011, and they thought Malignaggi had done enough to deserve at least a draw in their fight in 2013. I’m not sure that you can say Broner has improved since those fights. He’s gotten larger, yes, but I don’t think he’s improved.

In Broner’s last fight he defeated an over-matched Khabib Allakhverdiev by a 12th round knockout to win the vacant WBA light welterweight title last October. It was the perfect opponent for Broner, as Allakhverdiev didn’t have the power or the talent to compete with him. Whether that’ll be the case with Theophane or not is the major question. 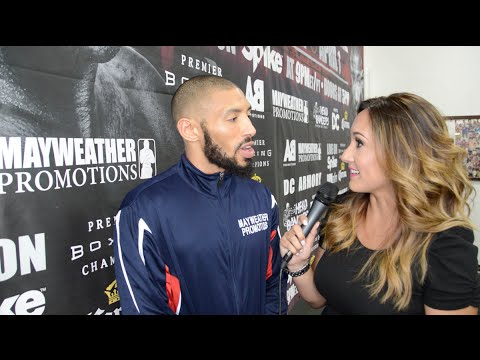 Theophane is a big underdog in this fight because he’s someone that is largely getting the fight because of him being promoted by Mayweather Promotions, who Broner has a good relationship with. Theophane isn’t a big puncher like Maidana or powerful like Shawn Porter. Theophane doesn’t have great hand speed either. He’s just a good solid fighter with decent skills, and enough talent to beat a lot of B-level fighters.

Theophane is more of a blue collar type of fighter rather than a white collar guy like Mayweather was during his career.

“He said he’s going to stop me, so now he’s got to come forwards in the first four rounds. That’s the fight I want,” said Theophane. “So when he sees that he’s not going to stop me, what are you going to do now? We’re going to be warring for 12 rounds.”

Theophane is going to need some punching power and/or defensive skills to get out of the way of Broner’s power shots because he’s probably walk Theophane down and try to beat him into submission with his combination punching. Theophane is probably going to need to try and outwork Broner if he wants to have a chance to win the fight. Using movement against him won’t work because Broner will win the fight on being the aggressor.

“Even at the press conference he seemed all over the place. He shouts and stuff, but to me, that’s a form of weakness,” said Theophane about Broner. “I’m a grown man now, so as long as you don’t touch me, we’re cool.”

You never know what Broner is going to do during a face off. If Theophane is concerned about Broner putting hands on him, then he needs to make sure that they don’t have any face offs, because it’s always possible that Broner could elect to rough him up when the two of them get in close for a stare down. This fight isn’t catching a lot of interest from the boxing public, so Broner could do something to try and get fans excited about the fight. If that’s the case, then Theophane might get roughed up potentially or at the minimum badly trash talked.

If Theophane can pull off an upset in this fight, it’s going to be a huge blow to Broner’s career. A rematch would likely take place. Broner moved on after his losses to Porter and Maidana, and never attempted to avenge those losses. If Broner gets beaten by Theophane, then he’s pretty going to need to try to avenge the loss. If he fails to try and correct the loss, his career will take a huge hit and he might not be able to recover from that.

Broner vs. Theophane will be televised on Premier Boxing Champions on Spike TV on April 1.

« Bradley: Pacquiao does the same thing