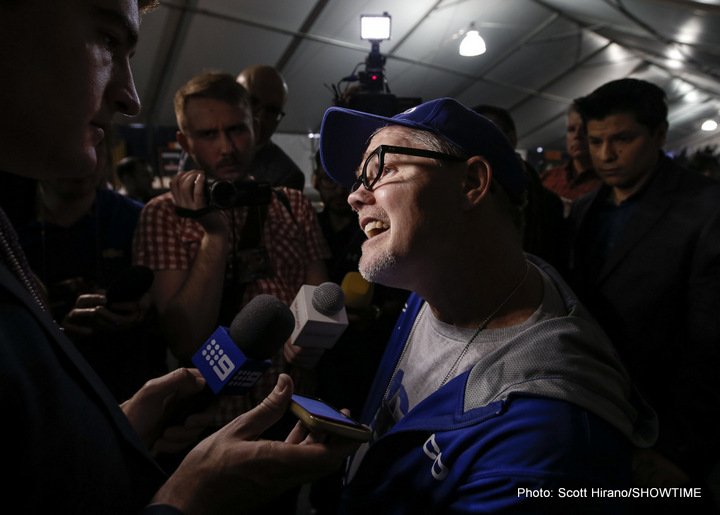 By Chris Williams: Trainer Freddie Roach is very impressed with the power that Manny Pacquiao (57-6-2, 38 KOs) is able to get on his right hand shots from his surgically repaired right shoulder. Roach says he’s not sure what his surgeon did to Pacquiao’s shoulder, but he’s throwing with a lot of power.

In fact, Roach thinks Pacquiao is throwing shots with his surgically repaired shoulder harder than with his left. Pacquiao suffered a torn right rotator cuff last May in his fight against Floyd Mayweather Jr. Pacquiao had surgery days after the fight to repair his injured shoulder, and he’s been out of action ever since.

Pacquiao will be fighting next month on April 9 in what could be his final fight of his career against Tim Bradley (33-1-1, 13 KOs) at the MGM Grand in Las Vegas, Nevada. If Pacquiao’s right shoulder is better than ever, then he’ll have a good chance of defeating Bradley and ending his career with a victory.

“I don’t know what his surgeon did with Manny’s right shoulder, but he is firing his right with authority and strength,” said Roach to ESPN.com. “I never thought I would say this but I think it’s stronger than his left.”

Pacquiao is supposed to be retiring after the Bradley fight next month, but I can definitely see his promoter Bob Arum talking him out of retirement if the fight pulls 1 million PPV buys. The two previous Pacquiao-Bradley fights brought in an average of 800,000 PPV buys, which is why Bradley was selected this time around for a third fight rather than having new blood brought in with someone like Terence Crawford or Amir Khan. 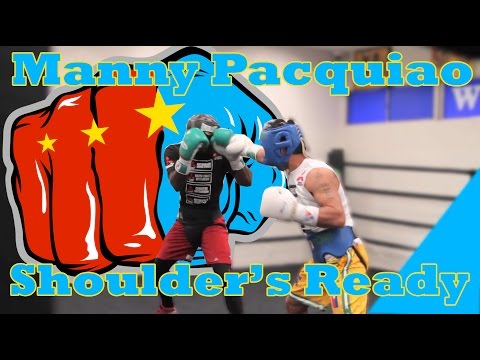 Choosing Bradley again will likely prove to be a dreadful mistake on Arum and Pacquiao’s part, because they would have likely gotten more PPV buys picking someone like Khan or Adrien Broner than facing yet again. Of course, with Pacquiao fighting Bradley, there’s no sharing of revenue with an outside promoter. It’s all Top Rank that’s controlling the levers of the fight.

I don’t know if I’m ready to believe what Roach is saying, especially when it comes to the health of Pacquiao’s shoulder. Pacquiao was injured before his fight with Floyd Mayweather Jr. last May. Roach could have said something about the injury and/or stepped in to have the fight postponed.

“Will I miss boxing? I’m sure I will, but I not feeling nostalgic,” said Pacquiao to ESPN.com. “I’m all about what’s happening now. I’m looking forward to my battle against a Teddy Atlas-trained Tim Bradley. Freddie fired me up, too.”