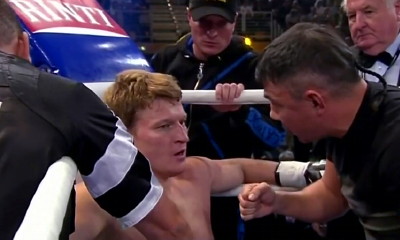 By Scott Gilfoid: WBC heavyweight champion Deontay Wilder (36-0, 35 KOs) may be the most perfect punching machine that the heavyweight division has ever seen. With one-punch power in either hand, Deontay is known for knocking his opponents senseless with a single shot to the head. It doesn’t take the 6’7” Deontay a barrage of punches to get most of his opponents out.

Deontay makes it neat with a howitzer-like rights and lefts to knock his opposition flat like a pancake on the canvas for the 10 count. Through hard work and in some cases soft match-making, 36-year-old veteran Alexander Povetkin (30-1, 22 KOs) has worked his way to the number 1 spot with the World Boxing Council, and he will now be Deontay’s next opponent.

The working date for the Wilder-Povetkin fight is May 21, but that might change as the negotiations continue to evolve. Deontay and Povetkin will be fighting in Moscow, Russia at a still to be determined venue.

You can expect it to be a large arena that can seat at least 20,000, perhaps even 50,000 fans. Povetkin is a popular fighter in Russia and is capable of drawing big crowds when matched against a high quality opponent. We saw that with the big crowd that showed up for Povetkin’s fight against Wladimir Klitschko in October 2013 at the Olimpiyskiy, in Moscow. There was a huge mess of people for that fight.

I expect the 6’2” Povetkin to give it a good college try against the towering 6’7” Deontay in this fight, but I think Deontay’s tremendous punching power is going to make it a nightmare for Povetkin once he starts getting nailed to the head. If you look at the shots that cruiserweight Marco Huck was bouncing off the head of Povetkin in their fight in 2012, Povetkin was very fortunate to have survived that fight. He was hurt a number of times by the smaller, 209lb Huck in that fight.

It was painful to watch that fight the way that Huck was able to nail Povetkin continuously with tremendous shots to the head and body. The only reason Povetkin won the fight was because he threw more shots, and didn’t gas out the way Huck did. Huck literally got tired from tagging Povetkin to the head with monstrous punches in each round.

Povetkin had no defense and was just there for Huck to use as a punching bag pretty much. But in Povetkin’s fight against Wladimir Klitschko in 2013, we saw that he couldn’t handle the power from Wladimir. Heck, Wladimir knocked Povetkin down four times in the fight. It would have likely been a lot more if Wladimir had fought with some aggression instead of just playing it safe in most rounds. 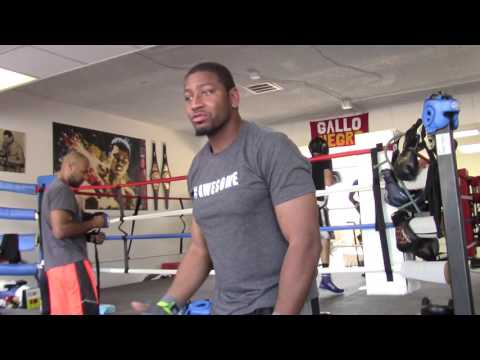 That’s the incredible thing about that fight. Wladimir was able to knock Povetkin about like a rag doll despite only fighting hard during brief spurts in each round. Povetkin just looked like a bulked up cruiserweight who didn’t belong in the ring with the 6’6” Wladimir. I think it’s going to be a similar case for Povekin when he gets inside the ring with Deontay. He’s not going to be able to handle Deontay’s super heavyweight size or his power.

I think Povetkin is little more than a pumped up cruiserweight who is fighting in the wrong division for his body size. To be a heavyweight champion in this day and age, you need to be very big or have very skilled match-making done for you. When Povetkin held the WBA heavyweight title from 2011 to 2013, he wasn’t facing high quality guys. It was a case of Povetkin winning the belt off of a small fighter in Chagaev in 2011, and then Povetkin defended the WBA title against these less than stellar opponents: Cedric Boswell, Marco Huck, Hasim Rahman, and Andrzej Wawrzyk. I still can’t believe that Povetkin actually defended his WBA title against those fighters, because those are the type of fighters that Povetkin arguably should have been fighting after he first turned pro in 2004 rather than defending his WBA title against.

It was just incredible how Povetkin was matched during his two-year stint as the WBA belt holder. If it wasn’t for Wladimir to come along and take the WBA title from Povetkin, he’d probably still be the champion today. With the kind of match-making that was being done for Povetkin, I don’t think he would ever lose. He was facing no threats at all during his time as the WBA champ.

I really don’t see Povetkin being able to handle Wilder’s punching power in this fight. Povetkin doesn’t seem to have the chin to handle major power super heavyweight power. Like I said, Wladimir and Huck almost had Povetkin knocked out in their fights with him, and neither of those guys have the kind of devastating one-punch power that Deontay has in his right hand shots.

Povetkin is going to likely be stopped in his tracks once Wilder connects with his first solid right hand shots. It would be another outcome like Deontay’s one-round destruction of Sergey Liakhovich. If you remember that fight, Wilder landed a monstrous right hand to the head of Liakhovich that flattened him on the canvas, causing his legs and arms to spasm as he lied on the canvas after being dropped. It was scary to watch, but it showed you the kind of power that Deontay has in his right hand.

For Povetkin to have a chance to beat Deontay, he’s going to need to be able to walk through a hail of right hand bombs that will be blasting him in the head left and right. Those are shots that generally almost impossible to take unless Povetkin has a steel chin. Even if Povetkin does take shots shots, he’s likely going to be light-headed and perhaps even punch drunk when he gets near enough to Deontay to throw a shot. I don’t expect Povetkin to be able to get any power on his shots when he does close the distance on Deontay, because he’ll likely be feeling the negative effects of the right hands that he had to eat to get near to him.