Loeffler expects Golovkin-Wade to be a sellout

By Dan Ambrose: Tickets for IBF/IBO/WBA middleweight champion Gennady Golovkin’s next fight on April 23 are selling very fast. According to Golovkin’s promoter Tom Loeffler of K2 Promotions, over 10,000 tickets have already been purchased for Golovkin’s next fight against the unbeaten Dominic Wade (18-0, 12 KOs) at the Forum in Inglewood, California.

The Forum has a seating capacity of 17,505, and Loeffler expects the fight to be a sellout like Golovkin’s last fight against David Lemieux last October at Madison Square Garden in New York.

The Golovkin-Wade fight will be televised on HBO Championship Boxing on 4/23. Along with the Golovkin vs. Wade fights, fans will be seeing WBC flyweight champion Roman “Chocolatito” Gonzalez (44-0, 38 KOs) battling it out against fringe contender McWilliams Arroyo, 16-2 (14KO’s) in the co-feature bout.

So what if Gonzalez-Aaoyo is not a great match-up. Fans will still get to see Gonzalez in action, and it’s likely that a good portion of those fans won’t know ahead of time that the fight is a mismatch.

Golovkin has no other choice but to fight the 25-year-old Wade in order to keep his IBF title that he recently won with an 8th round knockout win over Lemieux last October. The International Boxing Federation has ordered Golovkin to face Wade. He’s their IBF mandatory challenge.

Wade is really little more than the replacement for the guy that actually did earn his way to becoming the IBF mandatory and that’s Tureano Johnson. However, he suffered an injury training recently and wasn’t able to take the fight with Golovkin. It’s bad because Tureano vs. Golovkin would have been a good fight. It would have been a much better fight than the Golovkin-Wade fight, which figures to be a replay of the Golovkin vs. Willie Monroe fight, but with an earlier exit for Wade. I see Monroe as a better fighter than Wade, a much better fighter.

“Tickets have been selling fast since we put them on sale less than a month ago and we are on pace to have another complete sell out,” said Tom Loeffler. “Coming off a sold-out Madison Square Garden on October 17 with over 20,000 boxing fans, Gennady is demonstrating once again his ability to headline a sold out event. All of the ticket prices are selling fast with our $30 seats already sold out and we strongly encourage fans to purchase their tickets quickly.” 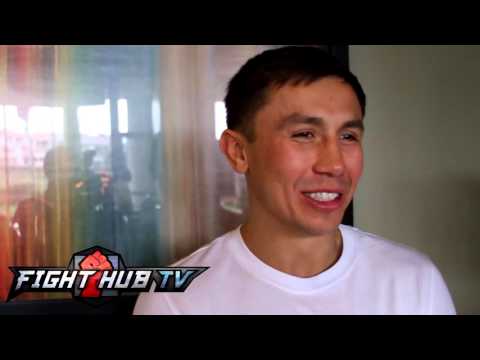 If Golovkin can keep selling tickets like this and bringing good ratings on HBO, he might eventually turn into a pay-per-view star. He’ll pretty much need to become a PPV star if he wants to be able to get the top fighters from the 160lb division to fight him. Golovkin just has the bad luck of getting popular right at the same time that Sergio Martinez and Floyd Mayweather Jr. have bowed out of the sport. Miguel Cotto is about to retire as well. The only popular guy left is Saul “Canelo” Alvarez, who has seemingly created his own weight division at 155lbs for his fights. Golovkin just has the bad luck of only having Canelo and being put in a situation where he might need to agree to fight him at a catch-weight if he wants the fight against him.