Golovkin’s promoter says Khan could be a target 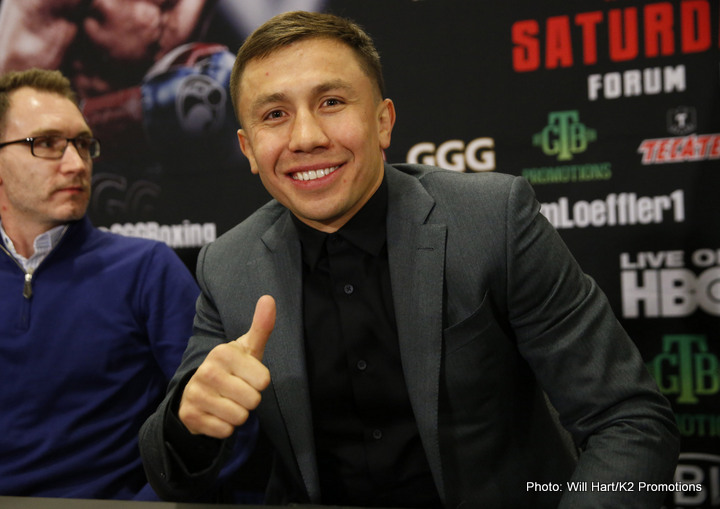 By Dan Ambrose: Amir Khan (31-3, 19 KOs) could find himself in the target sights of unbeaten IBF/IBO/WBA middleweight champion Gennady “GGG” Golovkin (34-0, 31 KOs) in the very near future if Khan pulls off a huge upset of WBC middleweight champion Saul “Canelo” Alvarez (46-1-1, 32 KOs) on May 7 in their fight on HBO pay-per-view in Las Vegas, Nevada.

Golovkin is the WBC mandatory challenger, and it’s already been mandated by the World Boxing Council that the WBC middleweight champion must face Golovkin next. This means that whoever holds the WBC 160lb title will be in the hot seat and will need to face Golovkin next.

The WBC allowed Canelo to do this with the idea that it would help make the Golovkin fight bigger. However, the WBC isn’t going to let Canelo, or whoever holds the WBC middleweight belt, bypass Golovkin indefinitely without them having to fight him. This means that Khan will need to either fight Golovkin or give up the WBC title if he wins the strap in his fight against Canelo on 5/7.

“The priority is the mandatory position that Gennady has with Canelo,” said Golovkin’s promoter Tom Loeffler to skysports.com. “That would be the biggest fight in boxing. Clearly, if Amir won [against Canelo] then he would inherit the championship and the order from the WBC is clear: the winner from that fight must fight Golovkin or get stripped of the title.” 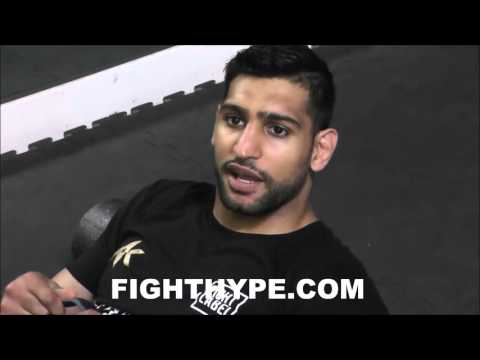 Khan hasn’t said whether he’ll defend the WBC title if he wins it. He’s not certain if that would be something that would a good move for him. Khan would be interested in fighting Canelo in a rematch. However, Khan wouldn’t be able to face Canelo in an immediate rematch, even though Canelo has a rematch clause in the contract with Khan. The mandated defense against Golovkin would take priority over a rematch with Canelo. Khan could just vacate the WBC middleweight title and face Canelo straightaway.

That would be something that Khan might elect to do in order to get the big payday without having to risk getting knocked out by Golovkin. However, if Khan wanted to impress the boxing world and the hardcore fans, he would choose to face Golovkin to show the world that he wasn’t afraid to fight him and was willing to do the right thing.

“Khan has a unique style with his height, reach and hand speed but I think Gennady would be able to adapt,” said Loeffler. “ Gennady’s ability to cut off the ring means he can adapt to [Khan’s] style. Khan-Golovkin would be a huge fight in the UK but would be even bigger in the US, from a financial perspective.”

Selling out Wembley Stadium in London would be a given. Few boxing fans see Khan as capable of defeating Canelo. But if he does beat him, then a fight against Golovkin would bring in a lot of fans wanting to see whether Khan could continue with his good luck.

“From a marketing and promotional standpoint, Amir brings a lot to the table,” Loeffler said. “That’s what we always said about a fight with Froch because he would bring the UK fans. We’ll see a similar situation with Khan.”

Golovkin’s fight against former IBF middleweight champion David Lemieux brought in a reported 100,000 pay-per-view buys on HBO last November. Those were disappointing numbers, because there were was a belief that Golovkin-Lemieux could bring in well over 200,000 buys. However, Golovkin-Khan could be the fight that finally shows that Golovkin is capable of bringing in a lot of PPV buys in the United States.

Golovkin vs. Khan could be a fight that hits the 1 million-buy mark on PPV. Khan will need to beat Canelo and look good in that fight. It cannot be a controversial win because boxing fans will not want to see Khan fight Golovkin if it’s followed by controversy from the Canelo fight.

Bradley: Pacquiao does the same thing »