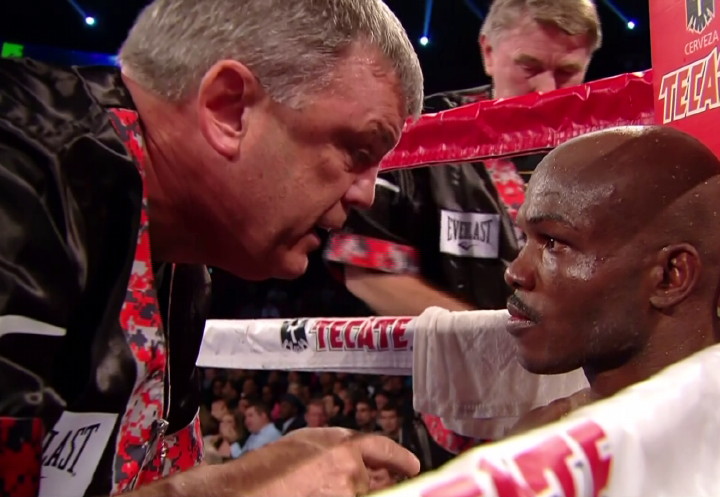 By Chris Williams: Tim Bradley (33-1-1, 13 KOs) says he has a game plan that he feels will lead him to victory over the Filipino star Manny Pacquiao (57-6-2, 38 KOs) in their fight in less than one month from now on April 9 at the MGM Grand in Las Vegas, Nevada. The game plan that Bradley and his new trainer Teddy Atlas have put together should lead them to victory over Pacquiao in this fight on HBO PPV.

The defeat will send Pacquiao into retirement with a loss, and could hurt his chances of being elected into the senate in the Philippines. Bradley obviously doesn’t care about that. He just wants to show Pacquiao and the boxing world that he’s the superior fighter and that he was always superior to Pacquiao.

“There are things that Manny Pacquiao does that I can take advantage of that I didn’t see before in watching film and breaking film down that Teddy has brought to my attention,” said Bradley. “I feel like it’s going to be a completely different fight than the first two.”

Yes, it will be a different fight this time because Bradley has a great trainer in Teddy Atlas that can give him the right guidance that he didn’t have in the two previous fights with Pacquiao. Bradley also has matured and is hitting his prime at 32. Bradley is at the zenith of his career both mentally and physically.

In contrast, Pacquiao has seen his prime pass him by in the rearview mirror and he’s now withering from a loss to superstar Floyd Mayweather Jr. in his last fight in May of last year. 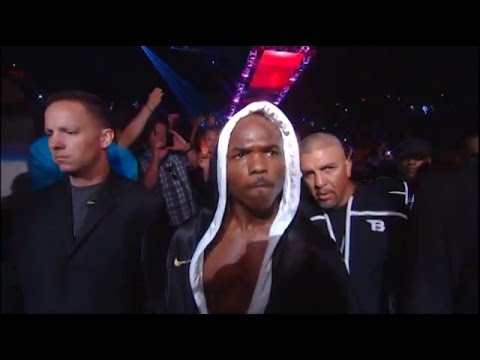 Pacquiao is also coming off of a shoulder injury, which a lot of boxing fans have questions and doubts about. Pacquiao was able to fight hard for 12 rounds with a torn rotator cuff injury in the Mayweather fight. This is the type of injury that would cause many fighters problems. We don’t know the severity of the injury unfortunately. It could have been a tiny tear rather than a complete tear of his rotator cuff.

It would be interesting to know what Bradley’s game plan will be for this fight. It’s obviously not going to involve Bradley standing and trading with Pacquiao for 12 rounds like he did in the second fight, because that didn’t work. The only reason Bradley stood and traded with Pacquiao is because he injured his calf muscle early in the first half of the fight.

« Chisora in difficult fight against Pulev