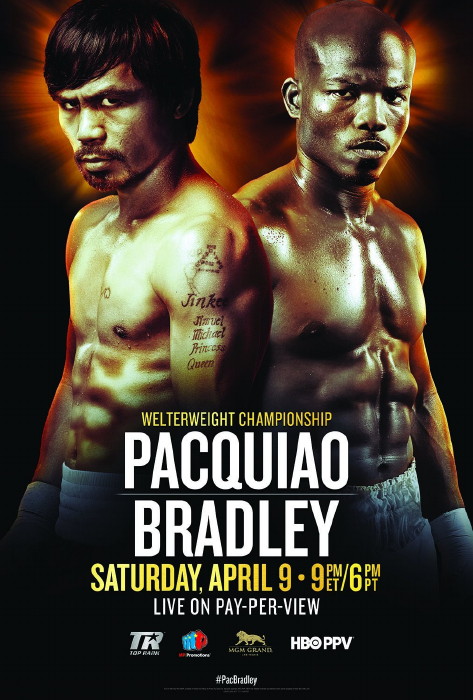 By Jeff Aranow: There’s talk that Manny Pacquiao (57-6-2, 38 KOs) may not be fully motivated for his fight against Tim Bradley (33-1-1, 13 KOs) on April 9. Pacquiao is about to retire after the fight, and he doesn’t have any real reason to continue on in the sport after making a bundle of money in his last fight against Floyd Mayweather Jr. in 2015.

Pacquiao has been talking about wanting to score a knockout in this fight, but the talk is that he’s just going through the motions and not training with the motivation that he’s done in the past. Bradley, 32, is expecting nothing but the best from Paquiao.

He doesn’t see him as having any motivation issues, and he thinks his surgically repaired right shoulder will be at full strength when the two of them start throwing punches at each other.

This is a rare fight between Pacquiao and Bradley where there won’t be a world title stake or one of the trinket made up belts from one of the sanctioning bodies. In both of their previous two fights together, the WBO 147lb title was being defended.

This time, Bradley had to give up his WBO title due to him having a mandatory defense that he needed to take against WBO mandatory Sadam Ali. Bradley could have fought Ali, but then he’d have missed out on the payday fight against Pacquiao.

“I’m expecting the best Manny Pacquiao,” Bradley said to nypost.com. “I hear he’s training hard. I hear he is highly motivated for this affair. He knows what’s at stake.”

Whether Pacquiao is motivated or not is unclear. Only he knows for sure. But with Pacquiao about to end his career after the April 9 fight, you have to figure that he might not be as motivated as he was in the past or he might be motivated for different reasons.

A loss to Bradley probably hurts Pacquiao’s political career in the short term. He needs to get elected into the senate in May. A loss for Pacquiao might mess things up for Pacquiao and prevent him from winning that seat. Will fans want to vote for Pacquiao if he loses to Bradley? Maybe not. 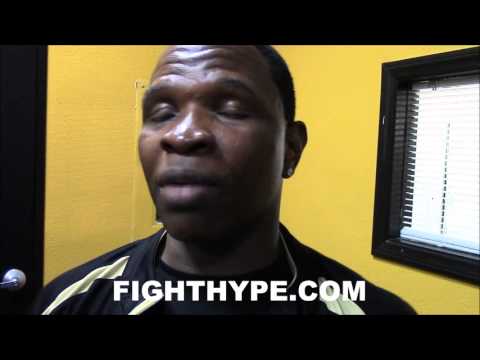 Bradley is now trained by Teddy Atlas, and he’s going to have a different set of plans for him for this fight that he’s had in his previous two fights with Pacquiao. At last seems to know what Bradley did wrong the last two times out in their fights in 2012 and 2014, and he’s going to make sure that he follows his game plan to the letter.

Atlas is 1-0 with Bradley after their victory over Brandon Rios last November. Atlas came up with the perfect game plan for Rios to use in that fight, and it worked perfectly, as Bradley was rarely hit in the fight and ended up out-boxing Rios and eventually knocking him out in the 9th.

The Pacquiao-Bradley 3 fight will be televised on HBO PPV from the MGM Grand in Las Vegas, Nevada. Their promoter Bob Arum expects the fight to bring in a high number of PPV buys, but that remains to be seen. He says there’s a high demand for the fight.

The interest in the fight from fans frequently boxing fans is quite low judging by the lack of comments and the negative feedback about the fight. However, these are hardcore boxing fans. The casual fans might be interested in the fight, especially if they’ve never seen Pacquiao fight Bradley before like the hardcore fans have.