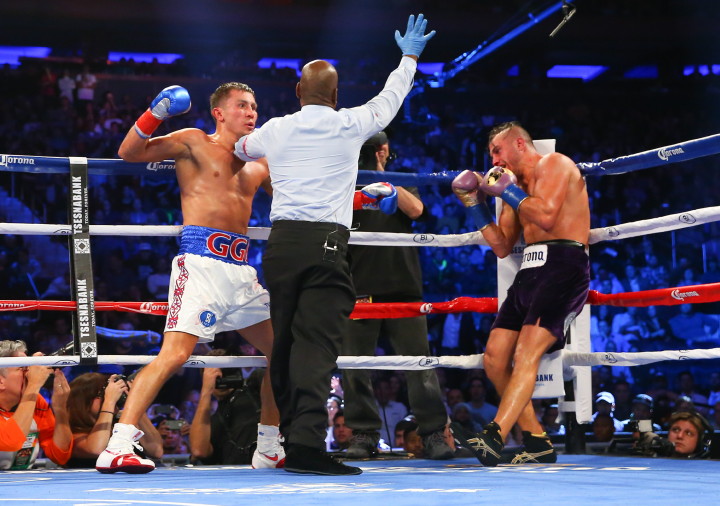 By Dan Ambrose: I’m pretty disappointed when I look at Ring Magazine’s pound-for-pound list. I don’t see much in the way of quality on that list, and I don’t agree at all with their pick of WBC flyweight champion Roman Gonzalez as the No.1 p-4-p fighter.

That’s why I’ve decided to come up with my own pound-for-pound list without bias or favoritism. My list is filled with talent that deserves to be in the list rather than a bunch of guys that I feel don’t rate.

I’m sorry, but I don’t see Roman Gonzalez as deserving as the No.1 guy in the pound-for-pound ratings. He doesn’t done enough and he was almost knocked out in his last fight against Brian Viloria.

Here’s my pound-for-pound list, and I think you’ll agree that it’s better than Ring Magazine and ESPN’s list:

You may have noticed that I didn’t include Roman Gonzalez in my pound-for-pound list, and the reason I didn’t is simple; I don’t think he rates. Like I said, he was almost knocked out in his last fight against Viloria, and he was not impressive in that fight. Gonzalez has only fought two good opponents in his career in my view and that was Viloria and Juan Francisco Estrada. Gonzalez almost lost to both fighters. If you’re going to be No.1 pound-for-pound, then you’ve got to be able to defeat your opposition in an impressive manner rather than almost losing.

I don’t agree with that list at all. In fact, I think it’s a poor one. I do agree that the Rigondeaux, Kovalev and Golovkin deserve to be on the list. However, that’s as far as I agree with it. Pacquiao no longer rates as a pound-for-pound fighter. He’s too old now, and hasn’t done anything special in the last five years of his career. He’s been beaten by Juan Manuel Marquez and Floyd Mayweather Jr. Those were the only good fighters that he’s faced recently. I don’t think Bradley is a good fighter compared to the other welterweights. Bradley loses to Keith Thurman, Shawn Porter, and Errol Spence. He already lost to Pacquiao twice, so he doesn’t make it on my list. There’s no charity and there’s no room for fighters based on sentimental reasons for things they did in the past. Pacquiao and Bradley do not make my list, period.

As far Canelo goes, he DEFINITELY does not make my list. Any fighter that depends on catch-weight handicaps and weight ploys to win fights doesn’t make my pound-for-pound list. I see Canelo as a weight specialist rather than a champion or a good fighter. He’s good at manipulating weights by draining down huge amounts of weight to make his special weight division at 155, and then rehydrating huge amounts of weight to enjoy a size advantage over his opponents. I don’t respect that. I also think Canelo lost to Erislandy Lara and Austin Trout. Canelo does not make my list. If he stops with the catch-weight handicaps, and beats Golovkin at the full weight for the 160lb division, then Canelo will be on my pound-for-pound list. Since I don’t see Canelo ever doing either of those things, he’s not making it on my list.

« Hopkins says he would come down in weight for GGG fight

Roach: I have to keep Pacquiao focused on boxing »