Lundy, 32, is considered to be overmatched in this fight, as he doesn’t have the same kind of skillset that Crawford possesses. However, Lundy thinks he’s got what it takes to give Crawford a beating in this fight, and he plans kicking his backside all over the ring and taking his WBO title back home with him.

“This is what I’ve been waiting for,” Lundy said. “But, like I said, the excitement hasn’t really hit me. It’s really going to hit me when they announce me, ‘the new WBO champion of the world,’” Lundy said to Fightnews.com. “It’s a different type of fight. We ain’t in Omaha. We on the East Coast, baby, and I’m about to give him an East Coast butt-whipping.”

Lundy isn’t exactly doing well lately with his career. He’s lost two out of his last three fights in the past two years in defeats to Mauricio Herrera and Thomas Dulorme. Lundy also has losses to Raymundo Beltran and Viktor Postol in the past four years. In 2010, he was beaten by John Molina Jr. On paper, it doesn’t seem likely that Lundy will be able to beat a fighter as good as Crawford, but you never know. It’s possible.

Crawford, 28, beat Dulorme by a 6th round knockout in April of 2015 to win the vacant WBO light welterweight title. He’s since defended it once in beating Dierry Jean by a 10th round knockout last October.

In the co-feature bout, unbeaten WBO Latino lightweight champion Felix Verdejo (19-0, 14 KOs) will be defending his title against William Silva (23-0, 14 KOs) in a scheduled 12 round fight. Verdejo, 22, is arguably the best fighter on the entire card. As good as Crawford is, Verdejo is the better fighter with a much higher potential due to his punching power and overall talent. 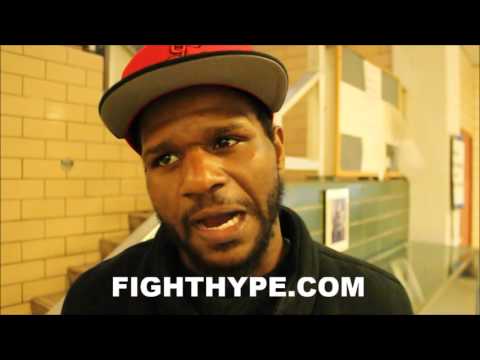 Crawford doesn’t have the kind of one-punch power that Verdejo possesses. We could eventually see Verdejo climb his way to the welterweight division in the near future. At 5’9”, Verdejo has the height and the frame to move up to 147 in the future once he starts filling out. His opponent Silva is 6’1”, and he’s going to make it interesting for Verdejo to try and deal with his lanky frame.

« Arum says no chance Pacquiao-Bradley 3 will be postponed