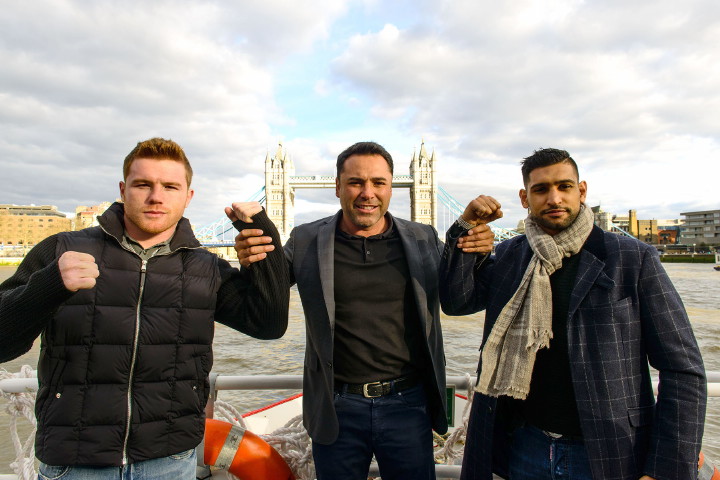 By Jeff Aranow: Former world champion Naseem Hamed believes think Amir Khan is making a mistake by choosing to move up in weight two divisions to face WBC middleweight champion Saul “Canelo” Alvarez on 5/7 on HBO PPV. Hamed says he thinks the better fight for Khan would have been for him to fight IBF welterweight champion Kell Brook instead of fighting a middleweight.

Hamed thinks that Khan could be hoping to gain an advantage potentially if Canelo has to drain himself a lot to make the 155lb catch-weight for their fight at the T-Mobile Arena in Las Vegas, Nevada.

“Amir Khan vs. Canelo; Amir might know something that I don’t, but I don’t think that’s the right fight to take,” Hamed said to IFL TV. “Obviously, if it’s a catch-weight contest, which it is, he [Canelo] might boil down to make the weight, then It maybe hard for him. If he’s [Khan] trying to beat him that way, then all well and great. I prefer him to fight Kell Brook. Everybody wants to see him fight Kell Brook,” said Hamed.

It’s a sure gamble that Khan is taking by facing a fighter like Canelo because it’s such a big jump up for Khan. The weight isn’t that much for Khan to move up from 147 to 155, but Canelo is someone that puts on a lot of weight after he rehydrates. He’s a full middleweight, and he’ll probably be a lot bigger than Khan.

Hamed might not see the true reasons for Khan taking the Canelo fight. The real that Khan is taking on Canelo appears to be related to Khan being passed over by the superstars Floyd Mayweather Jr. and Manny Pacquiao for mega-fights. Khan tried hard to get fights against those two fighters for a long time, and in the end, he was rejected.

Canelo’s promoter Oscar De La Hoya was wise to see Khan in a moment of weakness to ask him if he would be interested in facing Canelo. It gave Canelo a good opponent for his May 7 fight that is well-known enough to fight on pay-per-view. Khan would have likely never agreed to fight a guy as big as Canelo if he had been given fights against Mayweather and Pacquiao. 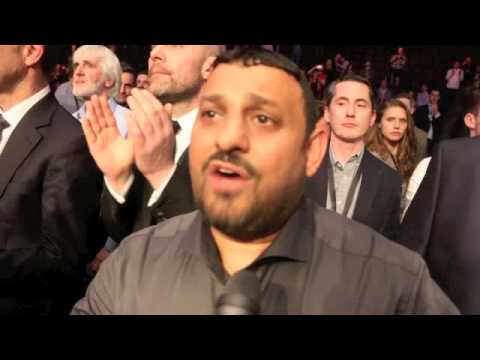 Khan at least will be given a good payday if he fights Canelo. He might lose the fight to the Mexican star, but he has a chance of increasing his popularity. If Khan can at least show heart in losing, then he’ll come off well with the boxing fans. But more important than that, Khan will become a more recognizable fighter by facing Canelo because the fight will be seen by a lot of boxing fans on HBO PPV, and in the replay the following week on regular HBO. Hamed might not understand why Khan is taking the fight, but he stands to gain a lot by taking this fight.

Khan can eventually fight Brook at a later date after he’s taken the fight against Canelo. Brook will still be there and the two of them can have a stadium fight in the UK. Khan won’t lose fans in the UK even if he gets blown out by Canelo. 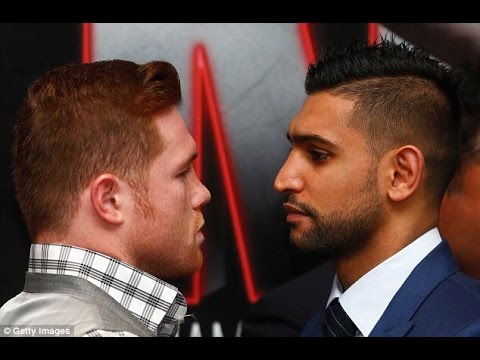 « Broner: Mayweather is gone and I’m taking over the sport