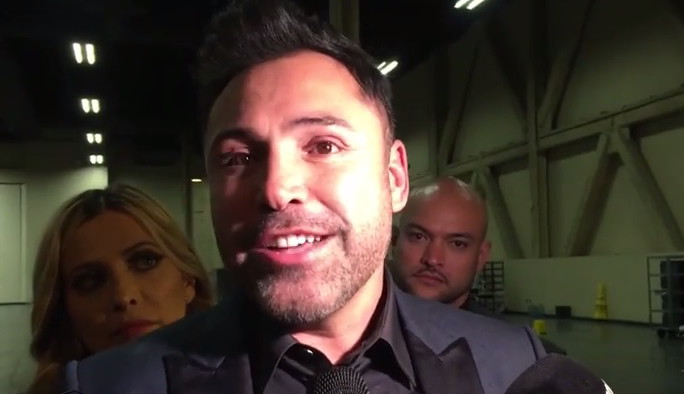 By Dan Ambrose: In a sign that Golden Boy Promotions CEO Oscar De La Hoya is serious about wanting to put together the Saul “Canelo” Alvarez vs. Gennady “GGG” Golovkin fight later this year for September, De La Hoya met with Jerry Jones on Thursday of this week to discuss staging the Canelo-Golovkin fight at Jones’ AT&T Stadium in Arlington, Texas.

The 80,000 seat AT&T Stadium was previously called “Cowboys Stadium”, and it’s where Jones’ NFL team the Dallas Cowboys play. It’s a huge stadium, and it would be ideal for the Canelo vs. Golovkin fight.

It’s not likely that the two fighters could sell it out, but the chances are good that they could at least bring in 40,000 fans. Former eight division world champion Manny Pacquiao twice fought at the Cowboys Stadium in 2010 in back to back fights against Antonio Margarito and Joshua Clottey.

Besides the AT&T Stadium, the Canelo-Golovkin fight could also be staged at the MGM Grand in Las Vegas, Nevada or at Madison Square Garden in New York. Those would be better venues for Golovkin because he has a lot of fans in Las Vegas and New York City. It wouldn’t put him in a situation where he’s fighting in front of a huge pro-Canelo crowd and needing a possible knockout in order to avoid losing by a controversial decision like we’ve seen from several of Canelo’s past opponents.

Golovkin met with Jerry Jones recently. Golovkin likes the idea of having the Canelo fight staged there. However, it would be something that would probably work against Golovkin because it would likely be a huge pro-Canelo crowd if the fight were to be staged there. Canelo won a wide decision victory over Austin Trout in April 2013 in a fight that was staged at the Alamodome, in San Antonio, Texas.

Many boxing fans saw that fight as a draw, yet the judges gave Canelo a wide 12 round unanimous decision victory by the scores of 115-112, 118-109 and 116-111. The fans were cheering loudly for Canelo with every missed punch he threw. The fans were quiet when Trout threw his shots. 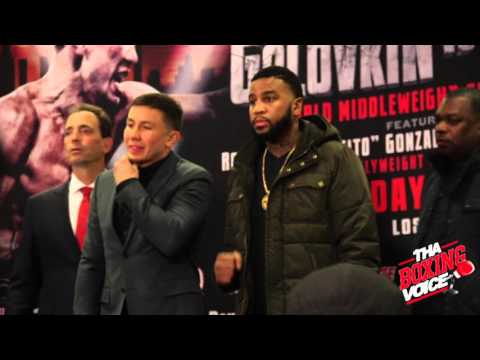 The good thing that Golovkin has going for him is he has the punching power to take the judges and the fans out of the equation entirely. With Golovkin’s punching power, it decreases the chance of him winding up on the receiving end of a controversial decision loss the way that some of Canelo’s last opponents have like Trout, Erislandy Lara and Miguel Cotto.

We still don’t know if Canelo will take the fight with Golovkin. Canelo has to make a decision whether he’s good with fighting at the full weight of 160lbs against Golovkin, because it appears that the Kazakhstan fighter isn’t willing to give him an advantage in weight. Canelo doesn’t need an advantage in weight because he weighs more than Golovkin, but he seems to want to get an edge against him. Golovkin talked about that this week, and he says he understands that Canelo wants to get some kind of advantage against him. However, Golovkin says he’s not going to give Canelo that advantage with the 155lb catch-weight handicap. Whether the fight can take place between them may boil down to whether either of them are willing to give in. If not, then there’s no way the fight will take place until Canelo eventually feels comfortable fighting at the full weight at 160. I think a big reason why Canelo likes the 155lb catch-weight is because it keeps him from having to take the full power of the shots from middleweights. If his opponents are weakened from having drained down to 155, then they won’t be able to punch with the same kind of power that they would if they didn’t have to boil down to 155.

Canelo, 25, still has a fight against Amir Khan (31-3, 19 KOs) on HBO pay-per-view that he needs to win before he can start thinking about a fight against Golovkin. Canelo will be fighting Khan on May 7 at the MGM Grand in Las Vegas, Nevada. The fight is perceived as a mismatch due to Canelo’s tremendous weight advantage over Khan, but you never know. Canelo could lose. He was beaten by a much lighter Floyd Mayweather Jr. in their fight in 2013. Khan says he’s going to follow the Mayweather blueprint to beat Canelo too.

Golovkin has a title defense on April 23 against unbeaten #3 IBF Dominic Wade (18-0, 12 KOs) on HBO Championship Boxing at the Forum in Inglewood, California. However, the fight is seen as a mismatch with Golovkin being too power, too experienced and too talented for Wade.