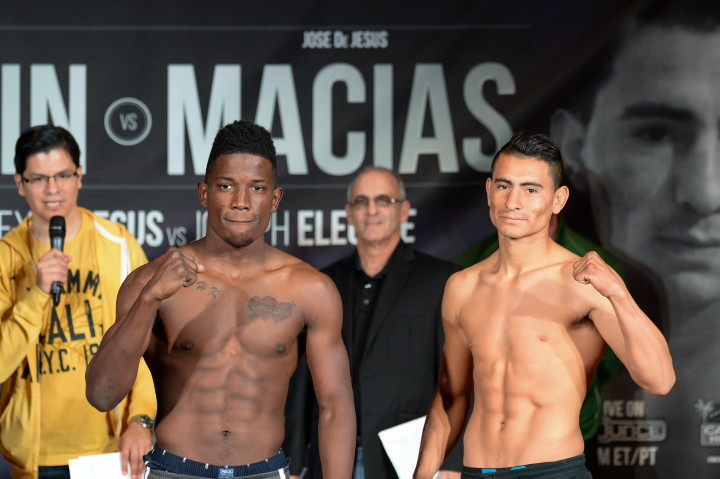 (Photo credit: Premier Boxing Champions) By Allan Fox: Unbeaten #14 WBC junior middleweight contender Erickson Lubin (13-0, 10 KOs) will be back in action tonight in a scheduled 10 round fight against 24-year-old Jose De Jesus Macias (18-4-2, 9 KOs) in a scheduled 10 round fight on Premier Boxing Champions on Bounce TV from the Seminole Casino, in Immokalee, Florida.

The 20-year-old Lubin was an outstanding amateur who decided to turn pro early rather than grind it out at that level. At 5’11”, Lubin has the frame to fight in the welterweight division, and would likely do better in that weight class right now.

Lubin is going to grow into a big junior middleweight snd possibly one day become a middleweight. He doesn’t have the size right now or the hand speed to compete against the bigger junior middleweights like Jermall Charlo, Demtrius Andrade or Erislandy Lara. Lubin is going to need to put on more weight and figure out how to deal with the faster fighters in that weight class. Lubin is mainly a big puncher, but he doesn’t have enough speed to catch his opponents with shots they don’t see coming.

Lubin needs to bludgeon his opposition with heavy shots over the course of the fight for him to get his knockouts. Lubin doesn’t have fast feet either, and is more similar to Saul “Canelo” Alvarez with the way he gets around the ring rather than nimble fighters like Lara.

Lubin is obviously a project type fighter that will slowly be built up. I don’t think he’s going to be ready to compete against the big dogs for another three to four more years. If they rush Lubin and throw him in with the Charlo brothers, Lara or Andrade, I see it ending disastrously for him. He’s just too slow and not big enough in terms of weight to handle those experienced fighters. 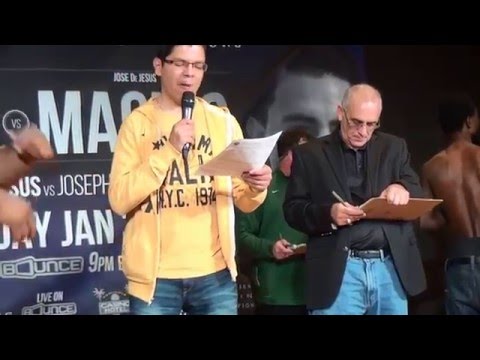 In his last five fights, Lubin has beaten Alexis Camacho, Orlando Lora, Ayi Bruce, Kenneth Council and Michael Finney. Lubin knocked out all of those fighters with the exception of Finney, who did a good job of taking Lubin’s heavy shots for eight rounds without folding.

Macias is coming off of a narrow 10 round split decision to Alejandro Barrera in his last fight in October of last year. Barrera is a very good fighter, and Macias was able to fight him to a standstill for 10 rounds.

The problem that Macias has in this fight is he’s facing a small junior middleweight in Lubin, and he’s going to be giving up some size and a great deal of power to him. For Macias to have a chance of winning this fight, he’s going to need to use movement and not present himself as a stationary target. Lubin likes his opponents to be stationary so that he can land his heavy shots. 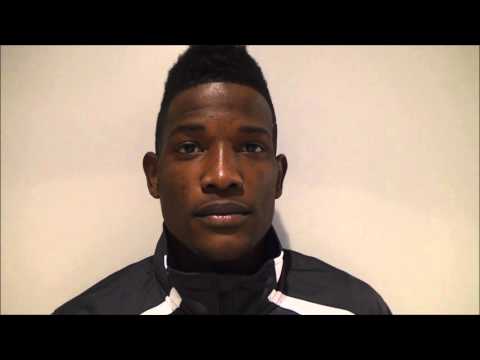