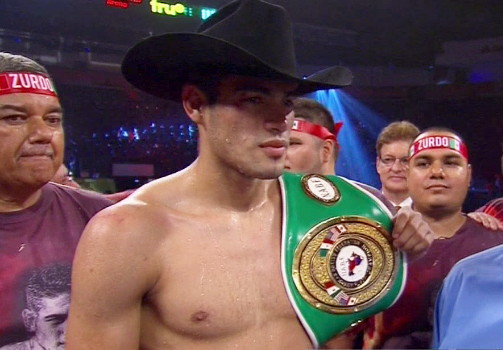 By Chris Williams: Top Rank promoter Bob Arum is on the verge of finishing up on a deal that will see unbeaten #1 WBO Gilberto “Zurdo” Ramirez (33-0, 24 KOs) facing WBO super middleweight champion Arthur “King Arthur” Abraham (44-4, 29 KOs) in the co-feature bout on the April 9 undercard of the Manny Pacquiao vs. Timothy Bradley 3 card on HBO pay-per-view.

The fight card will be staged at the MGM Grand in Las Vegas, Nevada. Arum wants to load the undercard of the Pacquiao-Bradley fight with Mexican talent, and the 24-year-old Ramirez is just one of the names that Arum is looking to put on the card.

Besides that Abraham-Ramirez fight on the undercard, former IBF featherweight champion Evgeny Gradovich will be facing two-time Mexican Olympian Oscar Valdez in a 10 round fight. Also on the card is 2012 U.S. Olympian Jose Carlos Ramirez (16-0, 12 KOs) facing journeyman Manuel Perez (25-11-1, 6 Kos) in a 10 round bout.

Ramirez vs. Abraham is a decent fight. It’s a fight that hardcore boxing fans will appreciate, but I’m not sure that the casual boxing fans will care too much about it. The fight is not going to create enough interest from the casual fans to make them want to purchase the Pacquiao-Bradley 3 card in great numbers.

If it’s Arum’s idea that the Abraham-Ramirez fight will bring in a lot of pay-per-view buys on HBO, he’s wasting his time. Judging by the lack of response from the fans since the Pacquiao vs. Bradley 3 fight was announced, it is very unlikely that the card will hit 1 million buys.

Arum is hoping that Bradley’s new trainer Teddy Atlas might cause some fans to want to purchase the card due to the belief that Atlas has improved Bradley enough for him to beat Pacquiao without controversy for the first time. However, that doesn’t look like it’s going to work because Atlas is being so low key and not making enough fuss in the media for the casual fans to know that even exists.

Ramirez has been carefully matched by Top Rank during his career, and he will be taking a really step up in facing Abraham. In his last four fights, Ramirez has beaten Gevorg Khatchikian, Derek Edwards, Max Vlasov, and Fulgenio Zuniga. Ramirez did not look good against Vlasov, and he was lucky to win that fight because it was very close and competitive.
“Arum told me just now that he is wrapping up Abraham-Ramirez to be on 4/9 Pacquiao-Bradley HBO PPV card. #boxing,” Dan Rafael said on his Twitter.

The best way for Arum to attract interest in the Pacquiao vs. Bradley 3 card would be for him to load up the undercard with some of his best Top Rank stable fighters like Terence Crawford, Nicholas Walters, Felix Verdejo and Vasyl Lomachenko. If Arum could put all of those guys on the Pacquiao-Bradley 3 undercard and then reduce the price of the fight from $70 to $40, I think the Pacquiao vs. Bradley 3 card might do well. However, there’s no way that the price will be discounted for the card. 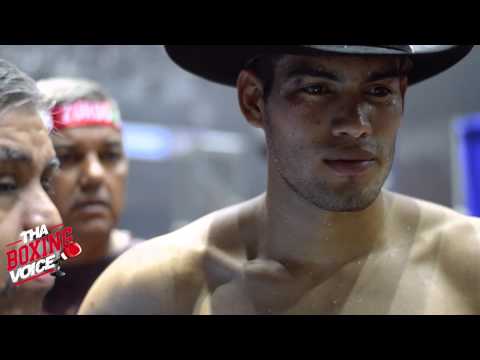 It should in my view, because it’s a fight that has already shown twice before. When you show a movie a ton of times, people don’t want to watch it any more. The same thing applies with an old played out fight like the Pacquiao-Bradley fight. When trot the same old fighters out to face each other for no other reason than them being part of your Top Rank stable, then you’re looking for disappointment. Pacquiao-Bradley is going to be pretty much impossible to sell to the public unless the price is dropped off in my view.

You’ve got to have some new ideas for fights instead of putting on the same tired fights over and over and over again. I think it ruins boxing when you have promotional companies putting on rematches, because it narrows the sport and keeps other fighters from being able to establish themselves as stars. If Arum had instead matched Pacquiao against someone else outside of his stable like Errol Spence Jr. or Keith Thurman, I think it would have made for a much more interested fighting card than to put him back in with Bradley for a third time and hoping that fans will want to watch the fight if you load up the undercard with guys like Ramirez.