The IBF Heavyweight World Title, which was won by Tyson Fury on November 28, 2015 when he beat the reigning champion Wladimir Klitschko in an optional defense of this title, was vacated on Tuesday, December 8, 2015 by the IBF as Tyson Fury is unable to make the mandatory defense of the IBF title against challenger Vyacheslav Glaskov because he is contractually obligated to a rematch with Klitschko, which is in direct violation of the IBF/USBA Rules Governing Championship Contests.

On November 30, 2015, the IBF reminded Tyson Fury via an email in care of Hennessy Sports that the bout on November 28 was considered a mandatory defense of both the WBA and WBO Heavyweight titles and that his next bout was to be the IBF mandatory defense against Vyacheslav Glazkov, the #1 contender and the leading available contender for the IBF mandatory defense. This bout was due next in the rotation of mandatory defenses of the titles. Furthermore, Fury was informed that negotiations with Glazkov should commence immediately and be concluded by December 30, 2015. He was advised that if an agreement was not reached between the two parties by December 30, 2015, the IBF would call for a purse bid. Glazkov’s promoter Main Events was copied on this letter.

On December 1, 2015, the IBF received a letter via email from Patrick C. English on behalf of Main Events indicating that Main Events was unwilling to negotiate and requested that the IBF order an immediate purse bid in accordance with Rule 10.A. of the IBF/USBA Rules Governing Championship Contests. Rule 10.A. cites in part: “If the camps are unable to come to an agreement as to the promotion of a title bout in the initial thirty (30) day negotiation period, or if one of the camps certifies in writing during the negotiation period that he is not willing to participate in negotiations, the President of the IBF/USBA shall notify each registered promoter that a purse offer will be held.” Accordingly, the IBF ordered a purse bid to be held on December 11, 2015.

Following the title fight between Klitschko and Fury, the IBF became aware for the first time that there was a contractual agreement between both fighters for an immediate rematch. There were no provisions for any rematch in the contracts which were submitted to the IBF prior to the IBF agreeing to sanction the Klitschko vs. Fury bout. Rule 3.B. of the IBF/USBA Rules Governing Championship Contests states: “No contract for a Championship contest shall contain any clause or any provision, whatsoever, guaranteeing or in any way assuring or promising either contestant a return Championship contest where such clause or provision interferes with the mandatory defense of a title.” Had the IBF been aware of a clause in the contract that violated this rule, the parties would have been mandated to agree in writing to stage this rematch after the completion of the IBF mandatory defense. If the parties did not agree, the title fight with Tyson Furywould not have been sanctioned by the IBF.

In a letter sent to the IBF by Harbottle & Lewis, the legal counsel retained by Hennessy Sports and Tyson Fury, the IBF was asked to consider and exercise their discretion under the IBF’s regulations and direct that an immediate rematch for the IBF Championship take place between Fury and Klitschko. This rematch is in direct violation of an IBF rule and the IBF will not order a rematch under these circumstances.

Wladimir Klitschko has exercised his right to the contractual option agreed upon between himself and Tyson Fury for an immediate rematch, thus rendering Tyson Fury unable to make the mandatory defense of the IBF title next. The direct rematch between Wladimir Klitschko and Tyson Fury interferes with the mandatory defense of the IBF Heavyweight title and is in violation of Rule 3.B. of the IBF/USBA Rules Governing Championship Contests.

Consequently, the title has been vacated in accordance to Rule 3.C.2. of the IBF/USBA Rules Governing Championship Contests which states: “Upon violation of this Rule, the Championship involved shall forthwith be declared vacant.” 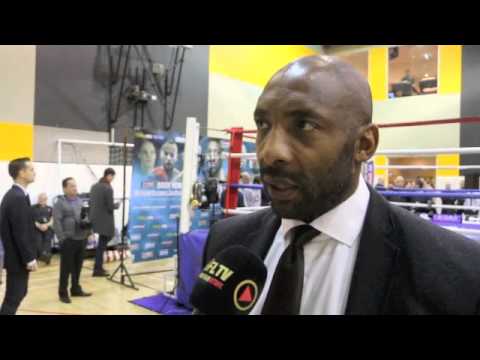 On December 8, 2015 the IBF ordered #1, Vyacheslav Glazkov and #4, Charles Martin to begin negotiations for the vacant Heavyweight title. The IBF received a written certification from Warriors Boxing who represents Martin, stating that he was not willing to participate in negotiations and therefore requested an immediate purse bid according to IBF Rule 10A. The purse bid had been scheduled Friday, December 18, 2015 at 12 Noon.

Hearn: A lot is at stake for Joshua against Whyte »