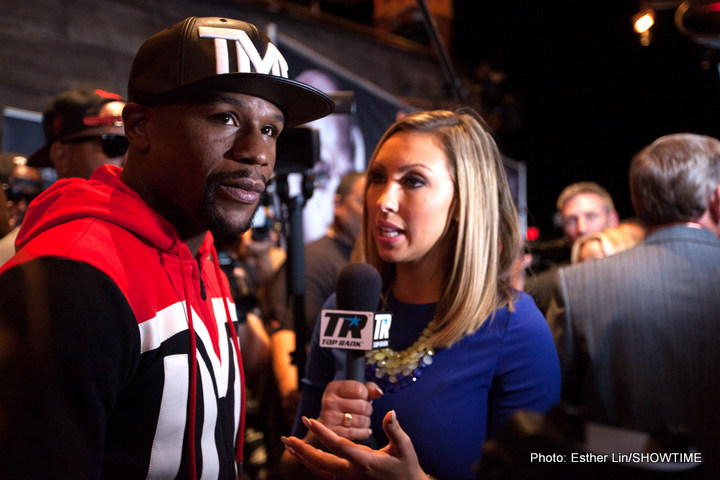 By Chris Williams: With Manny Pacquiao recently saying that he’s in negotiations for a fight against Floyd Mayweather Jr. for his April 9th fight, many boxing fans wonder what the 36-year-old Filipino is doing in talking about negotiations that don’t exist.

Mayweather has heard the claims of him being in negotiations with Pacquiao and he says that he believes he’s doing this in order to pump up his PPV numbers for his next and possibly his final fight of his career on April 9th next year. Pacquiao’s options for his final fight aren’t good with his elderly promoter Bob Arum mentioning the following fighters as possibilities for Pacquiao: Terence Crawford, Tim Bradley and Amir Khan.

Many fans believe that Arum will insist on Pacquiao fighting either Crawford or Bradley, both of which he promotes in his Top Rank stable. Neither of those guys will likely bring in a lot of PPV buys on HBO. Those aren’t big enough names to bring in 1 million PPV buys.

We’ve already see Pacquiao fail to hit 1 million PPV buys in his two previous fights against Bradley, and you have to figure that a third fight between them would bring in even less, because there’s no belief by the fans that Bradley would be able to do any better in a third fight with Pacquiao than he did in the two previous ones. Crawford is less known than Bradley, so we might be talking about a fight that would bring in 400,000 to 550,000 PPV buys for Paquiao.

“Once again, I dissected this fighter [Pacquiao], the so-called ‘best fighter of our generation’. I dissected him; probably was 10 to 2, really 11 to 1, but it’s safe to say 10 to 2,” Mayweather said to Fighthype.com. “’Mayweather is so boring, he’s this, he’s that!’ I’m boring enough to do the biggest and the best numbers in pay-per-view history. “It’s all bull [expletive]. What they’re doing is this, once again, piggybacking off my name to sell pay-per-view numbers when he do go out there and fight again.” 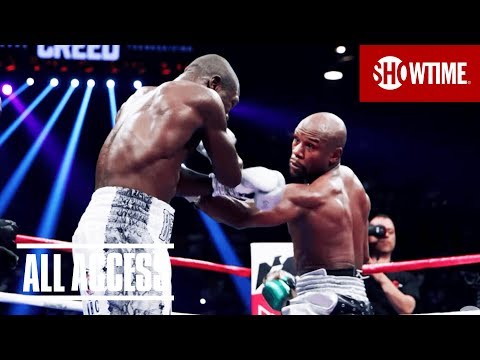 I agree with Mayweather. I think Pacquiao is name dropping Mayweather’s name to try and generate more PPV buys for his last fight, which like I said, will probably be against Crawford or Bradley. With Pacquiao fighting one of those guys, he’s probably going to need to mention Mayweather’s name every day to get fans to want to buy that fight.

The best way to name drop Mayweather’s name would be for Pacquiao to say that he’s not retiring after April 9th, and that he’ll be looking to fight Mayweather in September of 2016. If Pacquiao says that, then I think more boxing fans would be interested in paying to see him fight Bradley for a third time, or to fight the little known Crawford, who the casual boxing fans aren’t familiar with.

What Pacquiao should do is tell Arum that he’s not interested in fighting any of the names he’s offered him. Pacquiao needs to fight one of the middleweights like Miguel Cotto, Saul “Canelo” Alvarez or even Gennady Golovkin for his final fight. I know Golovkin would sound like a terrible fight for Pacquiao, but look at what Pacquiao did in the past in fighting Antonio Margarito at junior middleweight.

Margarito was huge after he rehydrated for the fight. He had to have been in the 170s. If Pacquiao was willing to fight Margarito, then he should be willing to fight Golovkin or Canelo, both of which would be in the 170s for him. If Pacquiao fought Cotto, Golovkin or Canelo for his April fight, then he wouldn’t need to worry too much about trying to pump up his PPV buys, because boxing fans would gladly pay to see him fight one of those guys.

Fans would want to see if they would KO Pacquiao or if he could somehow pull off an upset to score a knockout. Cotto wouldn’t be a huge mismatch for Pacquiao because he already beat him in the past, but a fight against Cotto won’t be doable if he loses his November 21st fight against Canelo. I think that’ll be the case.

GGG Possibly Lining Up for a Title Defense in Texas »