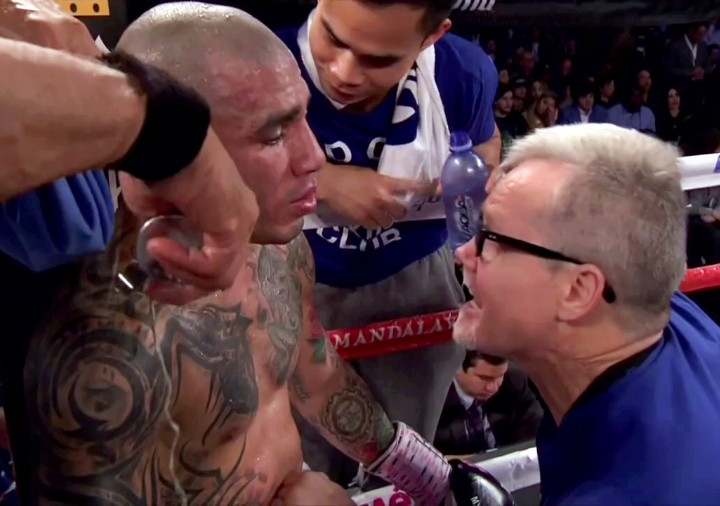 By Dan Ambrose: Eddy Reynoso, the trainer for new WBC middleweight Saul “Canelo” Alvarez (46-1-1, 32 KOs), thinks that Miguel Cotto’s trainer Freddie Roach has warped the mind of Cotto by making him think that he won the fight against Canelo last Saturday night at the Mandalay Bay Resort & Casino in Las Vegas, Nevada.

Roach and Cotto surprised a lot of boxing fans after the fight by saying that they felt that they had won the contest. Floyd Mayweather Jr. thinks that Roach didn’t do a good job working Cotto’s corner in the fight by failing to realize how dire the situation was for the 35-year-old Puerto Rican fighter and by not telling him to step up the pace in the last half of the fight.

Roach said that he did this because he felt Cotto was ahead in the fight and didn’t need to come back. Mayweather thought it was disappointing that Roach couldn’t even tell that Cotto was behind and in need of a serious rally.

“Freddie Roach has already polluted [Cotto’s mind], because both of them are not saying anything other than they won,” Reynoso said to ESPN Deportes. “Critics at the highest level have said it was a close fight, and I’ve also said that, but the fight was clearly won by Saul.”

Canelo won the fight, but it definitely was close. The fight was won basically on the size advantage that Canelo had in the fight. If Cotto was smart, he would have inserted a rehydration clause in the contract for the fight rather than simply requiring that Canelo agree to fight him at a catch-weight of 155lbs. 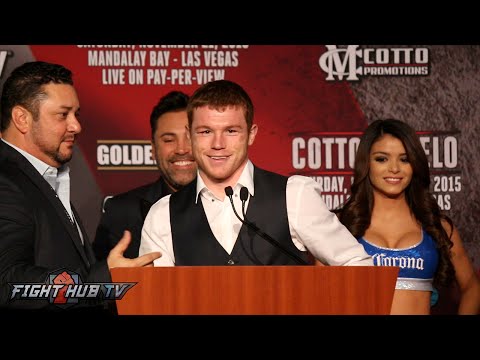 Canelo loves to fight at that weight, so Cotto made a huge mistake of only requiring that Canelo fight him at that weight. If Cotto had been thinking clearly, he would have inserted a rehydration limit of 165lbs.

If Canelo couldn’t make that weight the morning of the fight, then the fight should have been called off. That obviously wouldn’t have kept Canelo from quickly putting on 10 to 15 pounds before the fight, but it would have been a lot harder on him to put the weight on in the last day of the fight rather than overnight.

“He [Canelo] didn’t need to win by 40 points,” Reynoso said. “He only needed the three judges to give him the victory.”

Canelo won the fight by the ridiculous scores of 119-109, 118-110 and 117-111. Canelo definitely didn’t deserve to win the fight by the scores handed down by the three judges. The only thing the judges accomplished by giving Canelo the win by the scores they gave him was to make themselves look really bad in the eyes of a lot of boxing fans.

It also made the fans wonder why Canelo keeps getting the benefit of the doubt in fights that are a lot closer than the scores the judges keep giving him for his fights against Erislandy Lara, Mayweather and Austin Trout.

As for Cotto, he needs to sit down with Roach and have a long talk with him about what he’s seeing in fights because he should have known that Cotto was losing. If I’m Cotto, I would sit down and watch some fights with Roach and have tell me who he believes is winning on the scorecards so that can test Roach’s ability to identify what’s going on in a fight.

« Mayweather says Crawford will have problems with Pacquiao

Hughie Fury vs. Konstantin Airich this Saturday in Dusseldorf, Germany »