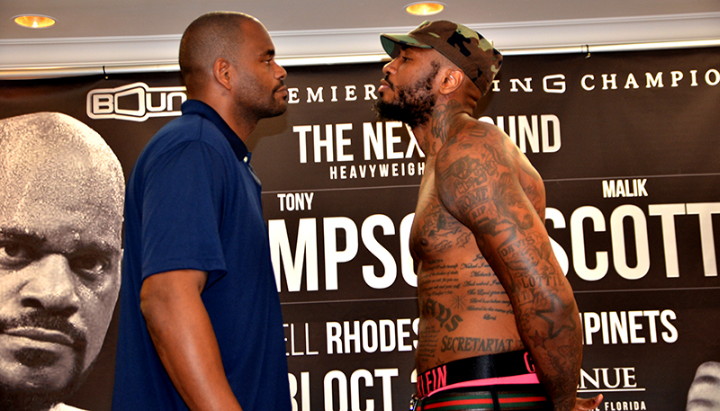 Photo credit: Andre Courtemanche/Warriors Boxing) By Scott Gilfoid: #9 WBC heavyweight contender Tony Thompson (40-5, 27 KOs) weighed in at 263 pounds on Thursday for his scheduled 10 round fight against Malik Scott (37-2-1, 13 KOs) for their fight on Premier Boxing Champions on Bounce TV from The Venue at UCF, in Orlando, Florida. Scott, 34, weighed in at 235lbs.

263 is now a normal weight for Thompson, who previously used to weigh in the mid-240s for his fights. Thompson put on 20 pounds of flab on his frame two years ago for his fight against David Price, and he never lost the weight for some reason. Thompson is just carrying around rather than trimming it out the way that some heavyweights would.

This is a very big fight for both fighters, especially the 44-year-old Thompson because he’s hoping to get a title shot against WBC heavyweight champion Deontay Wilder if he can win this fight. Wilder will be the PBC guest for the fight, and he’ll be asked if he’s going to be fighting Thompson in January of next year.

If Thompson can’t get past Scott, then he can forget all about a title shot against the 6’7” Wilder. Thompson’s plan is to beat Wilder, take his WBC title, and then try and lure IBF/IBO/WBA/WBO heavyweight champion Wladimir Klitschko into giving him a third fight.

As people already knockout, Thompson was knocked out by Klitschko in 2008 and 2012. In recent years, Thompson has also been beaten by Carlos Takam and Kubrat Pulev. However, he has two nice wins over Odlanier Solis in 2014 and 2015 to keep his career alive. Had Thompson lost those fights, he’d be in the journeyman circuit. 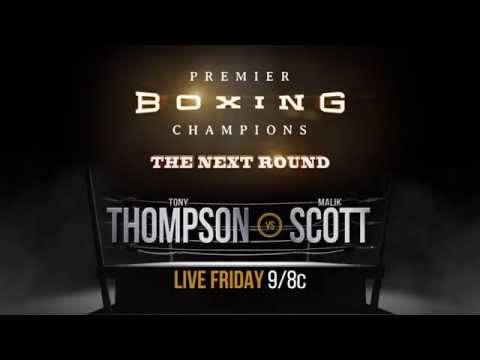 Scott’s career was moving along nicely until he suffered stoppage losses to Deontay and Dereck Chisora. Those knockout losses resulted in Scott being knocked out of the top 15. Fortunately for him, he has a chance to get moved back to the top 15 if he defeats the 6’5” southpaw Thompson, but that’s easier said than done.

Scott is kind of a strange fighter to figure out. He looked great in his fights against Alex Leapai and Vyacheslav Glazkov, but he was absolutely terrible in getting knocked out by Wilder in the 1st round in 2013, and Chisora in the 6th round in 2013.

Scott looked timid against Wilder, and it seemed obvious that he was going to get knocked out the moment that he walked into the ring that night. Wilder landed a beautiful left-right combination that sent Scott down on the canvas like a sack of potatoes. 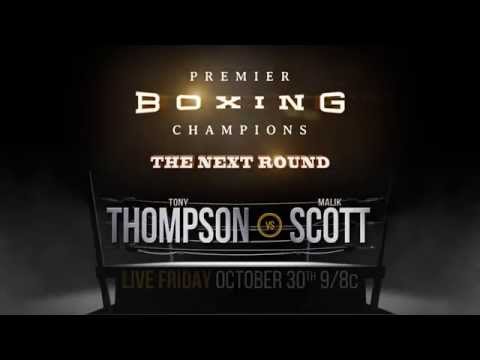 Official weights on the card:

Canelo: I’m not afraid of any fighter »