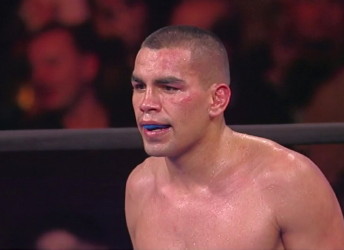 By Scott Gilfoid: Depending on whether the World Boxing Organization will give their blessings or not, newly crowned WBO junior middleweight champion Liam Smith (21-0-1, 11 KOs) could be facing 2nd tier fighter Carlos Molina (23-6-2, 7 KOs) on December 19th on the undercard of the Andy Lee v. Billy Joe Saunders card at the Manchester Arena in Manchester, UK.

Smith and the 32-year-old Molina are reportedly in negotiations for a fight on 12/19, according to Molina. Smith also is interested in facing 44-year-old Shane Mosley in 2016. Mosley isn’t ranked in the top 15 by the WBO either at 154, so it’ll require for the WBO to give let the fight happen anyway or they can give Molina or Mosley a quick top 15 ranking that we’ve seen done in the past by many sanctioning bodies after a fight has been signed.

“We’re in negotiations. Everything depends on the WBO to accept me as challenger,” Molina said to ESPN Deports about a fight against Smith. “I am a former champion. I hope to have no problems in that respect, since we’re advanced in the negotiations and I hope this week can be defined everything.”

If the WBO is going to give Smith the opportunity to fight a non-top 15 ranked fighter like Molina, the it’s going to invite criticism to the WBO for not letting other champions not to fight 2nd tier fighters.

If the WBO is going to have rules then they need to stick with those rules across the board because it makes things confusing if they give some champions the options for fighting non-top 15 ranked contenders like Molina and not others.

What I don’t understand is why doesn’t Liam Smith fight one of the WBO’s top 15 contenders? Why does he need to fight Molina, who lost his IBF title last year to 42-year-old Cornelius Bundrage. Molina has fought once since then in beating journeyman Manuel Garcia (13-10-2) by a 3rd round knockout last September. 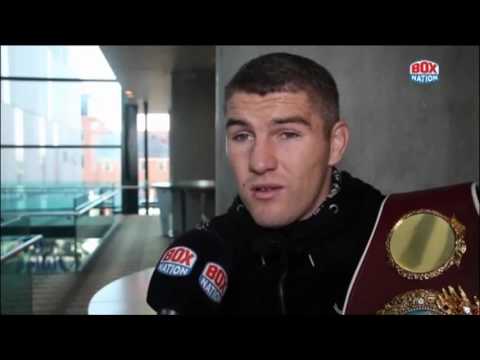 I would be happy to see Smith fight any one of those guys rather than Molina, who does a lot of clinching and wrestling with his punch & grab technique. That would be an ugly fight to say the least, and I wouldn’t be surprised if Molina muddies the water by making it close with his grappling skills on the inside. I don’t think Smith has ever fought a top notch wrestler like Molina, and I could see the judges having a hard time trying to figure out who the better fighter is.

Liam Smith recently beat John Thompson by a 7th round knockout earlier this month to win the vacant WBO light middleweight title. The WBO made it easy on Smith by letting him fight Thompson rather than someone difficult like Vanes Martirosyan or Austin Trout. Saul Canelo Alvarez is the No.1 WBO contender at this time, but he’d never waste his time fighting an unknown like Smith.

« Atlas: Golovkin has to agree with whatever Canelo asks of him