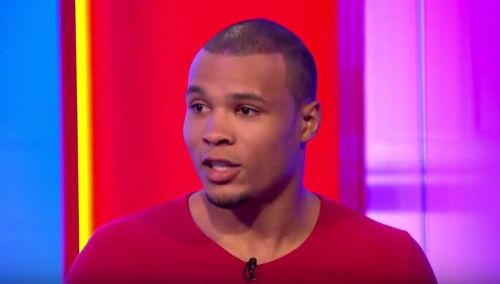 By Scott Gilfoid: Matchroom Sport promoter Eddie Hearn says that he’s interested in matching WBA interim 160lb champion Chris Eubank Jr (19-1, 14 KOs) against IBF/IBO/WBA middleweight champion Gennady Golovkin (34-0, 31 KOs) by next summer in 2016. Hearn thinks that he’ll have built up the fight by that time by having Eubank pick up another three to four fights by that point, and he thinks he would have a chance at beating Golovkin with the improvements he’s made in his game.

Hearn says that he’s being told by people he respects in the boxing industry like Carl Froch, Chris Eubank Sr, Adam Booth, and many others, that Eubank Jr can really fight. Eubank Sr told Hearn that he believes that Eubank Jr is already to beat Golokvin.

“When he is ready he might beat Golovkin,” Hearn said to IFL TV. “He sparred many rounds with Froch. I don’t think now is the right time, because I believe I can build Eubank Jr into a household name, and into a more complete fighter because of the opportunities and the fights I can deliver for him. I think he’ll grow over time. I believe in six to ten months he’ll be a much better fighter than he is now. So why not deliver the fight then? Jeter is Saturday. Spike O’Sullivan is a brilliant fight.”

I don’t think that Hearn will be able to build Eubank Jr into a household name within 3 to 4 fights like Hearn is saying, especially when two of those fights will be against Tony Jeter this Saturday night and Gary “Spike” O’Sullivan on December 12th.

Those aren’t big enough names for Eubank Jr to become any more popular than he is now. Hearn seems to be really underestimating the British boxing public by assuming that they’ll swallow this Pablum and wind up believing that Eubank Jr is the best thing since sliced bread if he wins those fights. I think the only way Eubank Jr becomes a big name within three to four fights is if he beats Tureano Johnson, David Lemieux, Hassan N’Dam and Billy Joe Saunders. The reason I mention Saunders’ name because he already beat Eubank Jr last November.

While some boxing fans believe that Eubank Jr would beat Saunders in a rematch, you can’t know for sure unless he faces him a second time. All I know is Saunders beat Eubank Jr and now has a 1-0 record against him. As such, unless Eubank Jr beats him, he’ll always be seen as the better fighter than him.

Instead of Hearn putting Eubank Jr in with Jeter and O’Sullivan and saying what a great fight it is, Hearn needs to put Eubank Jr in with those guys, because he’s not going to make him more popular by matching him the way he’s doing. He’s definitely not going to improve Eubank Jr enough to beat Golovkin that’s for sure. If 39-year-old Jeter and fringe contender O’Sullivan are the fighters that guys need to face in order to improve enough to defeat Golovkin, then I think there would have already been a long line in front of these fighters to face them.

The last time I checked, the 31-year-old O’Sullivan lost a lopsided 12 round unanimous decision to Saunders two years ago in 2013 in losing by the scores of 120-109, 120-109 and 119-110. Heck, O’Sullivan lost almost every round of the fight against Saunders. Why in the heck is Hearn matching Eubank Jr against O’Sullivan in December? Why isn’t Hearn matching Eubank Jr against the guy that whipped O’Sullivan in Saunders? You see, it’s things like this that make me believe that Eubank Jr will never improve as a fighter and definitely will never become more popular or good enough to beat Golovkin.

When asked if he thinks that Eubank Jr can beat Golovkin right now, Hearn said “No, but I’ll say this: Can he compete with Golovkin? I’m only saying no because I’m basing it on what’s happened so far. We haven’t seen him enough to see how good he is, and just what he’s got in his ammo. He [Eubank Sr] sees something that can compete with Gennady Golovkin. Carl Froch told me ‘You know this kid can really, really fight.’ Froch said this kid is a world class middleweight.”

I think Eubank Jr can compete with Golovkin in the same way that Willie Monroe Jr competed with Golovkin. In other words, Golovkin will likely carry Eubank Jr for six rounds before knocking him. I see Eubank Jr and Monroe Jr being at the same level in terms of talent. The only difference is Monroe Jr doesn’t get much attention in the U.S because of the country being big and there being so many talented middleweights in the country.

In the UK, there’s really not much to offer in the 160lb division other than Andy Lee, Billy Joe Saunders and Eubank Jr. As such, a guy like Eubank Jr gets a lot of attention for the yapping he does, and because his father is former world champion Chris Eubank Sr. As for Froch saying that Eubank Jr can really fight, I think that’s irrelevant. Eubank Jr sparred with Froch, he didn’t fight with him. Sparring means absolutely nothing. We already know that Eubank Jr lost to Saunders. What does Froch have to say about that? 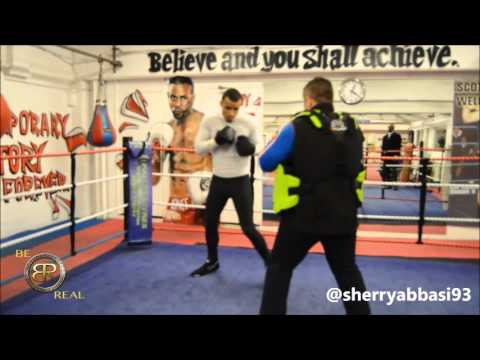 “They’re [Eubank Jr and Sr] deadly serious about fighting him [Golovkin],” Hearn said. “For me, it’s a fight I’d like to see in three or four fights time. Obviously, he’s got to take care of Jeter this Saturday and Spike O’Sullivan on December 12th. I’d like to see him [Eubank Jr] have another one in March or April. By next summer that could be a time where he’s ready for the fight. But I’m dictated to by English [Eubank Sr]. So when I’m told to pull the trigger, I’ll pull the trigger and I can make that fight now because no one wants to fight Golovkin. They’re crying for a good commercial name or a fight that makes sense. I spoke to English yesterday on the phone, and he told me ‘I think my son can beat Golovkin.’ One thing I can say about them, they’ll take the fights. They want the biggest most dangerous fight out there. They want to fight Gennady Golovkin. They will fight Golovkin. They want to fight Golovkin. They have no fear to do so. You might say they’re deluded. I call it believe in your ability,” Hearn said.