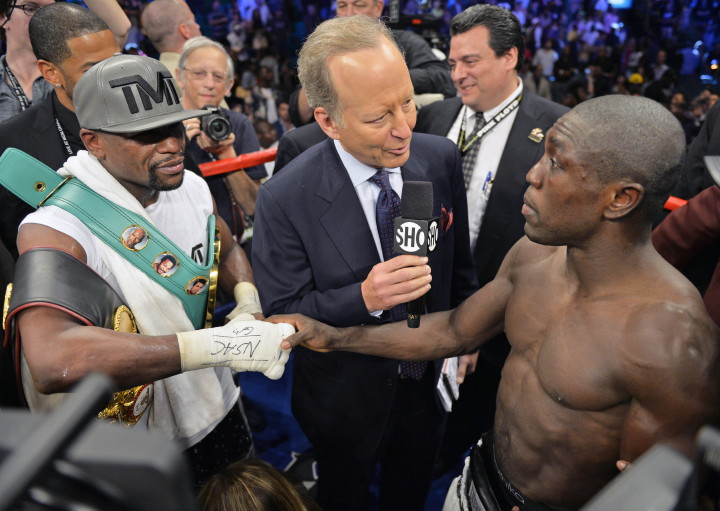 Marciano’s career record was 49-0, 43 knockouts. Like Mayweather, Marciano still had a lot left in the tank when he retired. He likely could have kept winning for a little while longer if he had the desire to continue to the sport. But like Mayweather, Marciano had made a lot of money in the sport, and was financially in a good place when he walked away.

Rocky Marciano Jr. saw Mayweather’s fight last Saturday night and he took a moment to comment on the significance of it in noting that the fighters in the lighter weight classes seem to be able to pick up a lot of wins. He sees it being more difficult for fighters in the heavyweight division to compile a lot of victories without suffering a defeat.

Marciano Jr. didn’t say why he felt this way, but it’s likely due to the incredible punching power that the heavyweights possess. It’s hard to win 49 straight fights without getting stopped at least once due to the number of big punchers in the division. But with the way that some heavyweights are matched in facing no real threats until they’ve accumulated 20 to 30 wins, it makes things easier to get to 49-0 nowadays compared to when Marciano fought. Also, the four different sanctioning bodies in the division makes it easier as well for fighters to get a lot of victories because it’s easier to steer around tough opponents.

“I suppose I would be more impressed,” Marciano Jr. told USA TODAY Sports by text message. “I think my father’s record is a difficult record to achieve in the heavyweight class…Waiting to see if Mayweather sticks to his word or goes for 50 before retiring. In boxing history we’ve seen lighter weight classes go deep before losses,” Marciano Jr. said. “It’s difficult to believe this is his last fight.”

Mayweather won a lot of his victories at super featherweight and lightweight. He didn’t move up to welterweight until 2005 and by then he had already won 34 fights in his career.

Mayweather was already 15 fights away from equaling Marciano’s record. Mayweather didn’t have to fight in the upper weight classes like Marciano, who was a small heavyweight at 5’11”, 188. Nowadays, Marciano would likely be fighting at light heavyweight rather than heavyweight.

The fighters in the 175lb division tend to rehydrate 10-20 pounds. It would have been the perfect division for Marciano. Cruiserweight would be too heavy because many of the fighters in that weight class melt down from 210-220 to get down to the cruiserweight limit of 200. Marciano would still be out-weighed by a significant amount of weight if he fought at cruiserweight.

« Will Canelo take over for Mayweather as boxing’s No.1 PPV star?