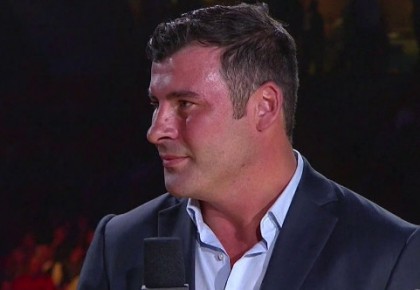 Calzaghe wishes he had fought Froch because he feels he would have absolutely destroyed him. Calzaghe says he didn’t realize back then that Froch would eventually have a good career. Back when Calzaghe was still fighting, Froch hadn’t proven himself yet. However, even when Froch did face the best, he struggled and failed against the likes of Andre Dirrell, Andre Ward and Mikkel Kessler. Froch later beat Kessler when he was no longer the same fighter, but his first fight against Kessler showed clearly that Kessler was the better fighter than Froch in his prime.

“If he is going to fight, I think he should fight quality opposition, as in (Gennady) Golovkin or DeGale,” Calzaghe said to Skysports.com. “He’s been inactive for over a year so I think it is going to be difficult when you’ve been out of the ring for a long time.”

In speaking about who would have won had he faced Froch before retiring, Calzaghe said “I would have demolished him.”

I don’t think Calzaghe would have demolished him, but I do think he would have clowned Froch the way Dirrell did. The only question is what would Calzaghe have done if Froch started fouling him like he did with Dirrell. Would Calzaghe have let Froch do that, or would he have looked to the referee like Dirrell, hoping he would show some professionalism by taking points off from Froch? I guess it would depend largely on the referee. If Calzaghe had the same referee that worked the Froch-Dirrell fight in 2009, then I believe Calzaghe would have been out there all by himself and would have had to endure being fouled all night long. But if there was a referee that actually controlled fouling, then Calzaghe would have won the fight just off the points being taken away from Froch left and right for his rabbit punching, hitting on the break and body slamming.

It’s going to be interesting to see if Froch bows out of the sport without ever facing Golovkin or DeGale. My guess is Froch will elect to retire rather than risk his hide facing those guys. Froch has had it easy since he left the Super Six tournament in 2011, and I don’t think Froch will want to go from facing beatable guys like Lucian Bute, Yusuf Mack and George Groves to all of a sudden facing good opposition in Golovkin and DeGale.

« Canelo vs. Cotto: The Next Super Fight