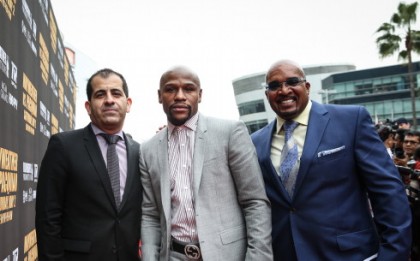 (Photo credit: Stephanie Trapp/Mayweather Promotions) By Tom Drury: The Floyd Mayweather Jr – Manny Pacquiao is here for May 2nd. This is the so called MEGA-FIGHT at the MGM Grand in Las Vegas, Nevada. The fight will be televised on both HBO and Showtime pay-per-view. Without question I can’t wait for this fight.

It is four years too late, but it is happening none the less. I’ve noticed lots of analysis and predictions already circulating on the webs boxing forums so I thought “why not” I’ll give my own food for thought.

Personally I am a huge Floyd Mayweather fan. I also believe Mayweather is the greatest pugilistic talent that has ever lived; “not fighter, but pugilistic talent”. Mayweather’s ring generalship, ability to adjust, speed, defense, offense, let’s just say, and all round fight game is a step too far for the opponents available to him in this current era. Let’s not forget the welterweight division is packed with talent as is the light welterweight and junior middleweight divisions.

Mayweather has done nothing but fight number one contenders, mandatory challengers and world champions throughout his illustrious career. He has also accepted and made happen immediate re-matches with Jose Luis Castillo and Marcos Maidana to make sure the fans and challengers were left without doubt regarding the better man.

Mayweather without question is not the most intelligent man on the planet, but give credit where credit is due, he has dedicated his life to this sport “clean life.” I may add, no alcohol/drugs, just un-faltering dedication to becoming the best while also marketing himself in a way that he can secure the rest of his and his family’s life financially.

Here is the food for thought; Manny Pacquiao will be no more of a challenge than Marcos Maidana and Miguel Cotto were for Mayweather. What Pacquiao will do is contribute serious revenue to Mayweather’s retirement fund. Pacquiao is a spectacular fighter. I am the first to give credit for his performances and achievements during his career. He has provided me and I’m sure many fans across the world with some of the best fight night memories from his wars with the following Mexican warriors: Juan Manuel Marquez, Barrera and Morales.

Pacquiao’s demolition job of Antonio Margarito and sickening knockout of Ricky Hatton were very impressive However, Mayweather is a different problem all together and one the Pacman will not solve. Mayweather’s greatest attribute is timing; Pacquiao’s biggest weakness is being timed. His footwork is fast and sharp but limited to an in/out rhythm. This will be the key factor on May 2nd. 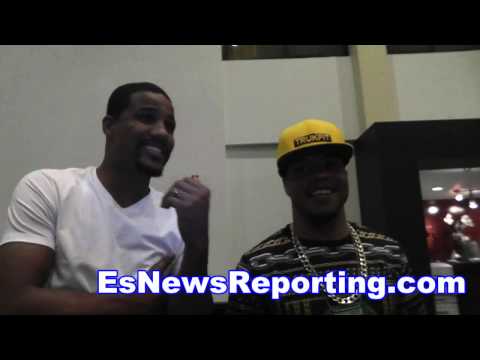 Mayweather will time and pot-shot Pacquiao all night. We will see Mayweather’s jab more than ever before. This fight people is going to be one of those where you feel short changed because it is so one sided. Remember Saul “Canelo” Alvarez? And guess what? Mayweather, the genius that he is within this sport, is fighting Pacquiao now for one reason only. Who makes revenue like Pacquiao and Mayweather? So, Amir Khan, Keith Thurman and company can forget about it.

« Mayweather is going to be hurt more than he ever has before, says Tyson