Roach has changed game plan for Pacquiao in Mayweather fight 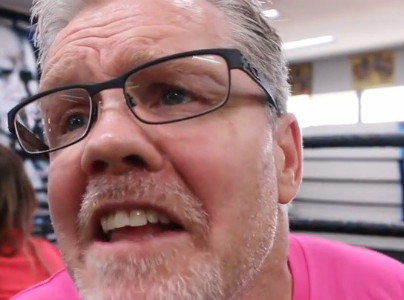 By Chris Williams: Trainer Freddie Roach says that both Floyd Mayweather Jr and Manny Pacquiao have both aged in the last five years, and because of that he can’t use the same game plan that he would have had for Mayweather if the two guys had faced each other back in 2009.

Roach isn’t saying what the new game plan is for the 36-year-old Pacquiao, because he’s currently studying Mayweather’s recent fights. In the past, Roach thought that the best way for Pacquiao to beat Mayweather was to overwhelm him with punches and to put a lot of constant pressure on him.

There’s really nothing more that Roach can do for Pacquiao in terms of coming up with a game plan to give Mayweather problems. If Roach has Pacquiao boxing Mayweather, he’s going to lose badly to him. Pacquiao can’t box Mayweather because he doesn’t have the skills to compete against a guy with the sharp shooting skills that Mayweather has.

Pacquiao has to pressure Mayweather and hope that he doesn’t move around the ring for 12 rounds like he did in his second fight against Marcos Maidana, because if Mayweather uses movement, Pacquiao’s goose will be cooked. He can’t handle a mobile version of Mayweather. 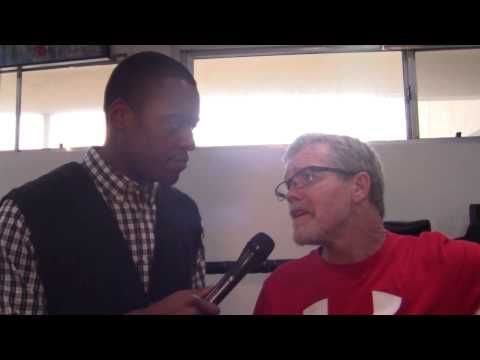 “It seems so close. He’s [Mayweather] changed. My guy has changed,” Pacquiao said via Fighthype. They both got older and I think the fight would’ve been more exciting three years ago. He’s in my video right now.”

Roach had better study Mayweather’s video a lot, because Pacquiao is going to need the perfect game plan and an awful lot of luck for him to have a chance of winning that fight. Mayweather will dominate the Pacquiao we’ve seen recently in his fights against Chris Algieri, Brandon Rios and Tim Bradley.

That version of Pacquiao will be easy pickings for Mayweather right now. Unless Roach can improve Pacquiao and give him a perfect game plan, he’s going to taste defeat on May 2nd when the two combatants go at it in Las Vegas, Nevada at the MGM Grand.

There’s still no word about the progress of the negotiations.

Thursday would be perfect for the announcement of the Mayweather-Pacquiao fight, because that would leave nine days for the two fighters to market the fight before they need to start serious training at the start of March. They also could cut the training short by extending the promotional tour until March 7th. That would give them both a good solid seven weeks of training to get ready for the fight.

That should be plenty of time for both fighters to be prepared for the fight. If Pacquiao still isn’t ready after seven weeks, then I don’t think he ever will be ready.

There’s not additional that can be added with another week of training. The important thing is that they have enough time to go on a long promotional tour around the world and the United States in order to create as much interest in the fight as possible.

« Will monopolization of the boxing Big Names hurt Fight Fans?

Andre Dirrell willing to fight James DeGale in the UK »